The Dangers of Super Heroes 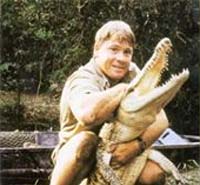 First crocodile humping and shuttle exploding, now capes and capers.It is an unfortunate fact of life that children enjoy imitating things they see on TV, in the movies, or in videogames. Sometimes imitating these things can injure the children or possibly even damage them to the point of not working at all. It happened with MTV's Jackass, "Beavis and Butthead," Animal Planet's Steve Irwin, NASA's Challenger disaster, and honest cop Serpico. However, in today's news I read about a child imitating something that truly frightened me; America's superheroes. In an effort to emulate his favorite superhero, 9-year old Julian Roman proved that he could in fact not leap six-feet when attempting to jump to an adjoining rooftop, and instead plummeted to his tragic death.

This prompted me to examine the popularity of superheroes in today's society. We of course have legends like Superman, Batman, Ice Cream Man and something Woman, but what heroes are our children most at risk at while imitating? There are new super heroes cropping up every day, some of them more known than others, all of them very dangerous when imitated by children. I have decided to warn parents by creating a brief tutorial on some of the "rising stars" of the super hero community, along with how you should explain them to your idiot children.

Talking to Your Kids about Super Heroes

Having a meaningful conversation with your children is one of the most difficult things a parent can do. Regardless of the topic, there are various "walls" between you and your child, such as your age difference, their intense hatred of your authority, and possible bitterness over sexual abuse. Warning your kids about the dangers of super hero imitation is important enough to overcome these barriers and talk to them. Start out with an easy topic like drugs or sex and then segue gradually into the super hero conversation. Sprinkle your dialogue with superhero buzzwords like "cape", "justice" and "ring of the red puma" so that you seem to be "hip" and talking on their level. Once you are comfortably "rapping" with them, begin to explain the more popular street superheroes and the consequences of imitating them. Make sure to single out the following superheroes:

The Rooftop Avenger - Defender of New York City, the Rooftop Avenger wears a green cape, cowl, and black spandex body suit. He traverses the city by leaping effortlessly from rooftop to rooftop while battling criminals by using his patented dive attack. When he spots villains on the street below, he dives head first off the building, crushing them beneath his massive body. If the crooks are fleeing in an automobile, he will get on a road overpass and drop cinderblocks onto their windshield. Tell your kids that rooftops are not the "hip" place to hang; mention how "totally rad" the Sewer Crawler is and say that he even has a female companion named "The Waste Processing Tomato." If your kids still aren't convinced, tell them the Rooftop Avenger was caught performing oral sex on a man in a public restroom. After all, your kids would NEVER want to grow up to be like their dad.

Another case solved!Train Track Lass - Train Track Lass watches over Chicago, monitoring the evil plots of criminals who use the rail system as an easy way of trafficking stolen goods. Her powers include the ability to stop a moving train by standing in its path and the ability to derail a train by placing her neck on the tracks. Tell your kids that even a ten-ton truck cannot stop a moving freight train and give them the pointer that you are much more likely to derail a train by misaligning the track with a sledgehammer than by using your neck. Included in this brochure is a photograph of a hobo who was split in half by a moving train. Show this to them and say "this could be you, G-money. Werd."

Human Inferno - Due to a bizarre pottery kiln accident, Human Inferno's body is continually engulfed in flames which he can project from his hands to burn evil-doers. He can also fly, doubling the risk to your children from "burning to death" to "burning to death while falling to their death". Give them step by step instructions on how to correctly use a pottery kiln and describe the agonizing horror of immolation by reading personal accounts of napalm attacks written by Vietnamese villagers. Demonstrate the laws of gravity by throwing your house cat out a window. If you don't have a cat, throw one of your younger children out the window. You can always make another one.

Organophosphate Man - Dr. Peter Alexei was a research scientist at MIT working on an environmentally sound pesticide when an experiment went horribly wrong, transforming him into Organophosphate Man. Now, whenever he chugs a bottle of pesticides, he gains the strength of twenty men. His skin turns bright orange and his clothing, no matter what he was wearing prior to the transformation, changes into a ripped dress shirt and ragged jean shorts. Tell them that people with different skin colors are dangerous and not to be trusted and that their shoddy clothing may imply a lack of self confidence. Explain that drinking pesticides is not cool and give them a gentle push towards something a little safer like Kool Aid or rubbing alcohol.

Reading is funda-evilGumby - Gumby was once just a little green ball of clay... now your kids watch to see what Gumby can do every day! Gumby! He possesses the power to walk into any book with his pal Pokey too... if Gumby has his way than he'll be a part of you! "You" being "your children," of course. Gumby battles it out with literary villains within the deadly confines of books and faces the fury of the Blockheads in the crazy world of Toyland. Warn your children about the dangers of books; beat them about the face with dictionaries, encyclopedias, and even books on tape. Also tell them that consorting with a horse is "against god" and "not what Mark McGwire would do".