Dating Tips for the Overqualified 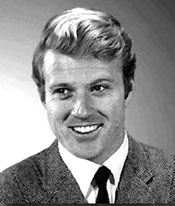 Don't let your gorgeousness stand in your way! Do you lead a grim existence filled with joyless extroversion and easy success? Are you tall, handsome, charming and alone? You may be alone, Chad, but you’re not alone.

Many rich, sophisticated, well-groomed and cocksure men just like you lead unfulfilling love lives simply because their natural projection of success and masculinity is too threatening to women. Though conventional wisdom holds that women are attracted to confidence, charisma, wealth, rugged good looks, impeccable taste, perfect teeth, a dry sense of humor, finely-tailored suits and taut buttocks, the reality is that modern women find brawny, ivy-league gentlemen too alarming to deal with. Most women today would rather enjoy the simple pleasure of a feckless nebbish than ride the sensual rollercoaster of superior manhood. It’s no longer a man’s world… it’s a man-boy’s world. If you want to attract the ideal mate, it’s time to learn to live in it.

Grab a chair, unfurl your coiffure, and dip the tip of your tie in the closest urn of gravy-- it’s time to take control of your life! These simple tips will have you swaggering around town like a portly, balding wimp with a hot babe falling over you like a house of cards!

Your swift, Republican effectiveness in all things may win you friends among your Skull and Bones contemporaries, but it won’t get you far with women. Your major liability as a man is the very thing that has brought you to your position of wealth and dignity in the first place: confidence. The modern woman, reared on a diet of underdog tales, Woody Allen films and nerd-chic, will balk at your easy, Redfordesque smile and your swaggering-but-gentlemanly advance. The first mistake made by men of your caliber is to be too captivating too fast.

Picture this familiar scenario: you’re sitting in some ritzy tavern, keeping a table full of cronies in peals of laughter with one of your winning anecdotes about golf with the Kennedy clan at Hyannis Port, when you spy a beautiful creature across the room. Still wearing the flashy smile that commands your cronies so easily, you make brazen, inquisitive eye contact with the woman, making her heart skip a beat. This is exactly the wrong approach.

There is nothing that a woman distrusts more than a handsome, mysterious, wealthy stranger! By unloading the brunt of your considerable charm on her, you have instantly made her fear you. In a woman’s eyes, confidence is a cheap parlor trick employed by third-rate “pick-up artists.” The very concept is tarnished; your only hope is to tone down your interpersonal skills to a level that is more familiar to the average woman.

For example, striding purposefully up to a woman is out. Making intelligent and interesting conversation is passé. The modern seducer has moved past these things, and must approach a woman as if he is a terrified, autistic shut-in who has never spoken to a creature with less than four legs before. It is only by cultivating your vulnerability that you will be able to win her trust. Here are some great conversation starters to minimize the panic and terror that your remarkable countenance may instill in women: 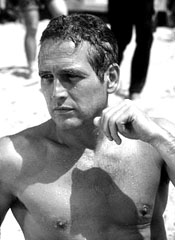 Being amazing is no While a feckless demeanor might win you a dance or two, you’ll never seal the deal until you look the part. Ditch those wingtips, yachtsman! Your outward appearance of material wealth is the number one thing over-qualifying you for the woman of your dreams. Your Savile Row suits may go over well on your business-shark buddies, but women will instantly fling your perfect body and your haughty wardrobe into the dreaded Man Zone (a dungeon-like category where women file men who are wealthy, attractive, functional and charming, and therefore totally un-dateable).

It may seem shallow and unfair, but that is the grim reality of the female psyche. It is not your fault that you are a gleaming Adonis, a testament to the power of good breeding, a paragon of health and fitness; you are just as God painstakingly sculpted you: exquisite. But in the mind of a woman, your indelible perfection is reason enough to reject you as “too good.” Therefore, it is important to alter your appearance to a more attainable standard, so that women will stop rolling off of your chiseled body like water from the wings of a duck.

Simply growing your hair long and letting your suits go to rags will not help you; women will still see in you the unmistakable gleam of succes and attractiveness. Worse yet, they may confuse you for a smoldering, passionate artist-type, who is too consumed by the fire in his soul to care about basic combing his hair. In order to become desirable, you must completely reinvent yourself. Here are a few simple things you can do to look like an accessible, dateable mortal: 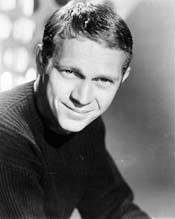 Don't let your charisma control your life! You may look and act the part, but the most complicated step of the process has yet to come. One simple fact impedes any further success: women are turned off by wealth and power. No matter how fat, greasy and awkward you become, at the end of the day you’ll still whistle for your chauffeur and ride to the estate in the back of your Rolls. Even if you follow the previous steps perfectly, you’ll still never rise beyond the level of “eccentric millionaire,” a thing detested by all women.

The only solution, naturally, is to throw it all away. Destroy your money and embrace a life of sexual luxury. There are countless ways to get poor, and as long as your divine mandate to succeed doesn’t prevent you from failure at all turns, you’ll be up to your ears in women just as soon as you throw your last suitcase full of hundreds into the bonfire. A new life awaits! Chin up, Chad: it’s time to "strike out" on your own!

Put your chin down now, lest women be disoriented by its majestic geometry.