This article is part of the Letters from Constituent-Man series. 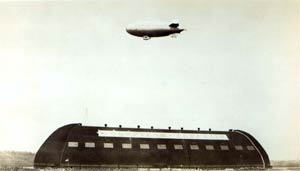 When last I dispatched communications to you it was to discuss the urgent matter of inadequate meatball consumption in America. You and your science-men ignored my warnings and that will prove to be your undoing. That is okay. Evolutionary fate is a natural process and the truths I shared with you are inevitable. I merely encouraged you to take hold of it, so that you might embrace the future as a glove, wearing it upon your mighty guiding hand. Now it will crush you relentlessly as the lobster crushes its enemies in fields of aquatic battle, its claws like tiny crustaceous mirrors of the grand singularities devouring space.

I hereby offer my six months notice as a resident of your congressional sector. I will be vacating it for a safer and more progressive sector in light of the coming societal and biological turbulence certain to result from your inaction. When you, your science-men, and constituents are torn to pieces and converted into tiny microscopic meatball matter, I will weep for a period proportional to the redistribution of life.

At the cessation of six Earth months I, my companion-woman, my domicile, my acre of land, my transport, my specimens, and my post-temporal quantum entangler will disappear in a brilliant flash of light that will blind every organism in an 8-mile radius. You will never hear from me again. Because of the imprecision associated with transportation of this magnitude, your sector will be left with a 5-mile deep hole in the shape of my property. I apologize for any inconvenience this might cause.

I trust that as an elected arbiter you will be impartial and not seek retribution against me in the interim, a humble constituent-man of your sector. Mr. Congress-Man, whatever differences we may have, I yield to your authority in all matters. I have done as such with all designated authority figures since my early phases in the larva sacs of my home hive.

Mr. Congress-Man, now that that is settled, I need your help.

I am being endlessly menaced by a distracting ovoid in the sky. I believe your science-men refer to this type of object as a "blimpoid." Its presence is ominous and I have no doubt that its intentions are less than salubrious in nature, even if it does claim to wish me a "Good Year." I have made empirical determinations based on its angle, length of flotation, and gaseous interior that it is a hostile specimen.

Mr. Congress-Man, I ask you this: what if the blimpoid was pining for your knowledge and safety? I trust the survival instincts afforded to you by years of dealing with blimpoids would inspire radical action. I require radical action on your behalf.

I believe the blimpoid is monitoring my actions in clear violation of the constitutional rights and civil liberties prescribed to me upon donning an American form, no doubt in response to the recent letter I wrote to the Editor-Man of Log Cabin Quarterly urging him to consider the possibility of cat hair as an alternative fuel source. I have done extensive studies on the matter in my basement, and believe that by 2017 we could completely eliminate the need for fossil fuels by breeding large, elephant-sized felines inside of hyperbaric chambers, shaving them, and converting the hair into an extremely potent substance my former people call Kxim-47b. No doubt this blimpoid acts at the behest of oil companies worried about losing control over mankind. But that is a matter between me and the Editor-Man of Log Cabin Quarterly.

Mr. Congress-Man, I have three requests. 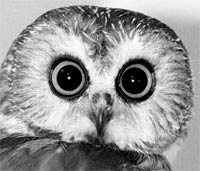 First, I humbly request that you dispatch military forces to subdue the blimpoid. A contingent of your fighter-jets should prove ample in rending the sky leviathan from its lair. Upon sight of clear, blimpoid-free skies I will do two things. First, I will give your science-men a serum that will enable owls to survive the harsh environment of the nearby Martian provinces. Second, I will demonstrate to you a card trick that involves the chaotic and unpredictable distribution of 52 playing cards that always manage to align in such a manner as to cause the cards to have never existed in the first place. The trick, if done right, will not cause cancer. My father taught this trick to me and performed it so well that he no longer exists and never did, but is nonetheless remembered fondly as a series of informational beeps emanating from the core worlds.

Second, you will bring forth the blimpoid's pilot-man for me to inspect. It is the custom of my former people to examine an enemy's face, in particular his mouth and the noises that come out of it. These noises will determine whether or not I need replace you and all other informed parties with holographic facsimiles and initiate Contingency Phase Omega.

Finally, in keeping with the customs of both of our cultures, I will bombard his skull with hypersonic vibrations to strip all information from his brain. This information will then be blasted into my brain so that I might gain his knowledge and mastery of blimpoids. You have my vow that I will not use this knowledge for evil in the manner your kind has.

My hands are trembling as I write this. I have no doubt that the blimpoid is employing a tactical subsonic disruption device. I have momentarily shifted my house 47 degrees out of alignment with the Earth so that I may finish this letter in peace. My life in your congressional sector has been unpleasant and counterproductive. Not since my days in the prison chambers of old, wherein I was subjected to a reality improperly synchronized with the gravitational wave moment of force G-7, have I been made to feel so unwelcome.

If you complete these three tasks in full I will share with your science-men blueprints for a patio deck that is sufficient to handle all needs and is capable of surviving a supernova. I had plans to build one myself but I placed those plans on hold when a man at Home Depot told me I was insane. I rewarded his insolence with the removal of his memory and he has been wandering the aisles of that Home Depot lost and frightened ever since.

I will share with you something else as a token of my gratitude for your assistance in this matter. On June 24, 1947, nine unidentified craft were spotted flying over Mount Rainier by an observant human. What you do not know is that I was in one of those craft and we were searching for a lost artifact the size and shape of a desk that fell through a binary rift in my old laboratory. Inside the drawer of the artifact is a device that can bind pieces of paper together. If you choose to find it, please use it only for good.

As you have sworn to do by sacred oath, I expect your prompt response to my concerns. I expect that my eyes and ears will soon be given the gift of an exploding blimpoid.

Should this matter not be resolved promptly I am prepared to retaliate by detonating a gravity reversal bomb, which will make short work of all blimpoids and also everybody within your congressional sector.

A humble immigrant writes letters to his local congress-man and other important figures with information vital to the survival of the human race.