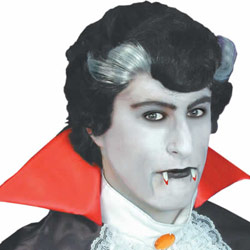 Although it's a bit late in the game for this, I've been giving a lot of thought to Count Dracula. Dracula's basic power is that he bites people, and in doing so, creates more vampires. His main weaknesses are that he cannot be exposed to sunlight and has to drink blood. He also suffers from vitamin D deficiencies, which have weakened his bones and made him a bit of a shut-in. The reason I have been thinking about Count Dracula is because of an important question that popped into my head. Now, I know I'm not the first to ask such a question, because quite frankly it is so profound that at some point in time every human will have to consider it. That question forms the basis of today's update.

I often wonder how World War II would have been different if Frankenstein, the Mummy, Dracula, the Wolfman, and the Invisible Man were allowed to participate. But as interesting a historical what if as that is, it is nothing compared to the question of what would happen if Dracula bit a werewolf. Now I'm sure there is also some entire subculture of oily nerds that have thick, fully illustrated encyclopedias on what vampire-werewolf hybrids can do, as well as their stats, but for the sake of basic human dignity let us pretend such nerds and nerd tomes do not exist. This question, this fundamental question, is one that in many ways is the most important question in the history of human existence. In fact, I dear say, it defines human existence. Let me ask it again to you: What would happen if Dracula bit a werewolf? Do you feel that activity in your brain? That's the feeling of your neurotransmitters revving up their engines in a desperate race to the finish line, where the answer trophy awaits. Either that, or a brain aneurysm. Call 911 just in case!!

This week I will attempt to solve this enigma of the modern age by giving you an in-depth guide to the effects of Dracula bites on various things of interest, starting with werewolves. I trust this knowledge will save your life. 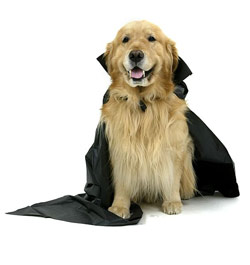 Dracula
If scientists were somehow able to clone Dracula – and that would probably cost a million dollars to do, more money than anyone has – it would present some startling possibilities. First and foremost, what would happen if Dracula bit Dracula? Every simulation that the Transylvania think tanks have run shows that at first there would be some awkwardness, as each Dracula would undoubtedly struggle with the dilemma of being passive or aggressive. Eventually, the Dracula clone would agree to let himself get bitten, due to a lack of seniority, but also because he secretly wants to know what it feels like. The original Dracula would reluctantly agree, pretending not to be disappointed. After a few minutes of very awkward Dracula-on-Dracula contact, Dracula would bite Dracula. At this point the clone Dracula would pass out from a lack of blood, and the original Dracula would pass out from too much vampire blood in his system. When the two wake up the next evening, they would awkwardly apologize and quickly go their separate ways.

On the none-clone front, Dracula accidentally biting himself has shown to have no paranormal effects, though his sharp teeth can do a lot of damage. Dracula frequently bites his nails, and none of the discarded nail clippings he spits out demonstrate any unusual characteristics. 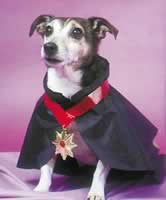 Apples
Studies using the scientific method show that apples bitten by the King of all Vampires rarely display supernatural tendencies. In the most widely accepted study, "Effects of Vampire Bites on Washington Apples," Dracula was asked to bite 50 Washington apples, and a non-vampire bit an additional 50 apples as part of the control group. Of the results, only four apples bitten by Count Dracula demonstrated paranormal attributes. That is, at night, they would grow wings and attempt to fly. The wings were too small and weak to produce any kind of lift. Conversely, only one apple in the control group demonstrated paranormal attributes. It divided into two apples, both of which were later married to each other in a mock ceremony conducted by overzealous scientists.

The most notable finding of the study is that Dracula does not like apples and had to be tricked into biting each one. Most of the apples were either coated with blood or hidden in the necks of mannequins that Dracula was too thirsty to properly identify. Researchers filmed two hours of footage depicting Dracula being tricked into biting apples, a deception that made him furious and foul-mouthed every time. Slightly edited footage was released on VHS in the 1980s, but failed to garner substantial sales due to poor marketing and a lack of any interest whatsoever. T-shirts associated with the tape have, however, gained popularity amongst fans of vintage clothing. 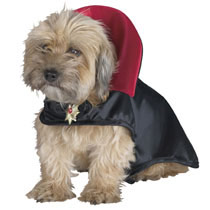 Crocodiles
In 1861 Count Dracula bit a crocodile while vacationing in the Florida Everglades. The famous "Crocopire of the Everglades" was eventually subdued by a contingent of Confederate soldiers, but not before spreading a campaign of terror that claimed fifty innocent victims, mostly slaves. Because the crocopire lacked the intelligence to bite its victim's necks, only eight vampires were sired, all by chance. They were prone to loitering in swamps, and most of them died in the Civil War from minor injuries that grew infected due to a lack of proper hygiene. 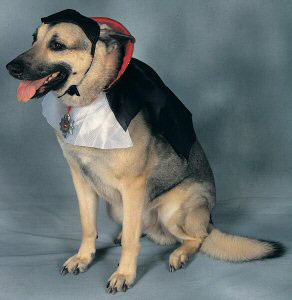 Uwe Boll
One does not need to ask what would happen, because it has already happened. A little known fact about Uwe Boll, director of every video game movie adaptation ever, is that he is in fact a vampire. The term "blood money" has been used quite often to describe how Boll finances his films, and that's somewhat more truthful then most people suspect. Most of the studio approval and financing of his films comes from killing or threatening people with eternal damnation. A little known fact is that Burt Reynolds, featured in Uwe Boll's upcoming "Dungeon Siege" adaptation, was already a vampire.

Garlic
Studies show that garlic is incredibly good for you, useful in reducing cholesterol, fighting off illness, and all sorts of ridiculous things. However, for Dracula and vampires in general, it causes severe irritable bowel syndrome and sometimes death. For this reason they avoid garlic like the plague, except for once a month, when they can't help but indulge in some Little Caesar's Crazy Bread.

Bubble Wrap
Bubble wrap is especially vulnerable to Dracula because of his sharp pointy teeth, which are adept at puncturing things like skin and bubbles. The release of air that follows the popping of a bubble wrap bubble is also pleasing to the senses, not to mention fun. This tends to hypnotize Dracula, making him unable to stop until all the bubbles have been popped. Dracula has even been known to order things online that he does not need, wishing only for more bubble wrap to pop. Nothing paranormal happens to the bubble wrap, except sometime the air bubbles give Dracula gas.

I think I've covered most of the obvious Dracula bite questions. Should more arise in the future there is always the possibility of further investigation and research on my part. Use this knowledge wisely, my friends, for it is far more important than you think.

I'm not going to lie to you. There's no reason for you to read this as usual unless you like Moof, which you do, so go ahead and continue liking him by clicking here.