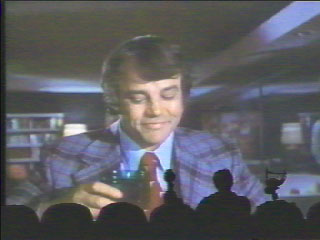 Mystery Science Theatre 3000 is my all-time favorite television series, and in my eventual trial for crimes against humanity I will be willing to testify that it was largely responsible for my sense of humor. The show went off the air in 1999 but I always held out hope that it would return on a new network. After all, Hollywood will never stop making bad movies ripe for riffing so MST3K could theoretically go on forever. I realize that it has only been a seven year hiatus, but I'm getting a little antsy so I used my considerable "cred" in showbiz (I know a few people who work at Blockbuster and I saw Dennis Rodman eating in South Beach once) to find out if there's any interest in resurrecting the series.

I was shocked while reading the replies that flooded my inbox, in part because I was taking a footbath and using my snazzy new exposed wire mousepad but mostly because the letters had intriguing content. A number of network executives expressed interest in the show due to its loyal fanbase and success on dvd, and they were kind enough to explain how they would relaunch MST3K.

You've got this show called Mystery Science Theatre 3000, right? Only the series never really lived up to its name. Where's the mystery? Where's the science? Where's the 3000? In our experience viewers want procedural dramas centered around forensic evidence, so we'd launch MST3K as our fourth iteration of CSI. Of course we'd have to rename it CSI:MST3K, or to really emphasize that this is the future CSI:MST4K.

There could be all sorts of murders revolving around everyday futuristic items used as weapons. Stuff like rocket-bats, space crowbars, things like that. Floating handguns. I'm just tossing ideas out there but you can see how limitless the possibilities are.

Detective Mike Nelson would be a gruff but loveable veteran who has some sort of quirk such as collecting comic books or drinking a new brand of coffee every day. This is how we establish character in television. He'd be played by Gary Busey or maybe Ashton Kutcher if he's available. Crow and Tom Servo would be his lab assistant bots which go out and collect evidence while engaging in witty banter that barely conceals the thick sexual tension in the air between them.

Every other case could revolve around some sort of sexual perversion because that stuff makes for great teaser commercials.

Nelson: And I thought my job was a pain in the-

Announcer Voiceover: Tune in to CSI: MST4K this Wednesday at eight!

We'd leave the show completely untouched cast-wise, but instead of featuring bad movies we'd have really great films owned by our parent corporation 20th Century Fox. Mike and the bots would enjoy Big Momma's House 2 and Supercross and just be really quiet during the whole movie so they don't distract anyone. Maybe every once in a while when there's nothing going on or it's really quiet one of the bots can comment on how great the movie is.

Okay, wait. Charlie Silver is on the speaker phone, you know Charlie right? He had that wine party? Anyway, he brought up a good point. You know how there are those shadows on the bottom of the screen? Those would really get in the way of our half-screen ads which pop up during shows to remind people to watch the Shield or Nip/Tuck with an explosion and the sound of gunshots played back at a volume twice as loud as the show they're interrupting. Maybe move the shadows to the top of the screen or get rid of them altogether?

The whole point of G4TV is to target males aged 17-34 with attractive women, sexual innuendo, adult humor, and content centered around self-proclaimed geek subcultures. Oh wait, and I guess games and technology too. Are we still doing that? Wow.

We'd buy up the rights to MST3K and axe the entire cast and writing staff immediately. The new host would be Morgan Webb or maybe Kristin Holt, and replacing the robots would be a rotating cast of booth babes and asian import models. Instead of bad movies they'd watch... hell maybe Baywatch or something? MXC? That seems to work pretty well over at Spike TV.

The only problem is those infamous shadows would make it hard to really see the babes so they'd be in full-color and take up most of the screen. I don't know what they'd be able to talk about, but I'm sure the guy who writes The Feed segments for Attack of the Show could come up with some great one-liners about conservatives. Take that, differing viewpoints!

Instead of an invention exchange, we could have a t-shirt exchange where the hostess and her guests all take off their tops (provided by Jinx thanks Jinx you're the best Jinx) and trade shirts with one another. I'd probably schedule it to air after the Man Show and before The Ultimate Fighter. Wait, is that one ours?

Uwe Boll
Movie Director, on a follow-up to MST3K: The Movie

I am talking to some people about getting the rights and one guy sent me a script so I'm excited. The whole series was about a supersoldier locked on a Mars space station (kind of like Doom or Total Recall) who had to watch these bad movies. So we're going to really look at the psychological aspect of that by having his eyes glued open like the guy in A Clockwork Orange while this really crazy rock music plays during a collage of bad movies. Getting access to bad movies would be tough but I'm sure I could dig around and find some in the public domain or something.

After that the hero breaks out and it's seven years later, and he's out for revenge like in Revenge of the Nerds. The name of the space station in the show was the Satellite of Love, so we're going to explain that more by having the whole place be filled with space hookers. It'll be a party place, with the bass music and neon lights you know. Maybe a few cool looking statues of naked women and some fire. The first thing the hero will do when he gets out is fuck all these hookers, and we're going to have actual hookers in these scenes because that's, you know, what would happen. There will be naked breasts everywhere too. I think it's important because tits are like in the top five.

So then the hero will get some guns from like a military ship that comes to investigate why no one is watching the bad movies anymore. He'll probably snap a guy's neck and then use him as a shield like in Rambo(?) or maybe it was Die Hard, and then when he goes to escape back to Earth he'll run into Tom Servo and Crow, who are going to be these huge cgi mechs with chainguns and rocket launchers. They'll say something funny when they shoot at him like "Satellite of Love, huh? Love this!" and then a rocket will fly past the hero and blow up a storage room full of explosives. After the hero destroys the robots with a Jedi power (like Star Wars) then he'll fly back to Earth and face off against his mad scientist captors who mutated on purpose when they heard he was coming like Shredder in Ninja Turtles: Secrets Of The Ooze. I won't spoil it by saying what happens next but I guarantee it will be in like the top five.

We can shoot the movie in Liberia because there's this tax loophole that will drive the production costs down to a few thousand dollars. I'm thinking of Christian Slater as the hero Joel Nelson, with Tom Hanks and Morgan Freeman as the mad scientists.