What could be more fun than meeting our webmaster Rich "Lowtax" Kyanka alongside the sensual Mega64 crew in a convention center jam-packed with back issues of the groundbreaking and prolific comic series Brigade? Too many things to get into here, that's for sure!

Sell your worldly possessions and family for passage to the annual San Diego Comic-Con, then check out booth 5033 and say hello to the guys. Be sure to let Lowtax know you're a Something Awful regular by giving the secret code, which (as always) is saying "Something Awful" in simulated slow motion so that it stretches out for at least ten seconds. If he doesn't reply in kind, repeat the secret code and wink for emphasis.

If you can't make the trip to the convention, you can simulate the experience by reading this press release while arguing with yourself about which type of fuel is used in the Hobgoblin's hoverboard.

And now the update...

Reading is, in general, something you should never do. It can only close off avenues of opportunity and expression, especially if you want to become a novelist. Every sentence you read becomes one more sentence that you can never write yourself. Given the amount of people writing books right now and the world's growing population, it's only a matter of time before every possible sentence will have been written and novelists will be forced to write using a combination of numbers and excited hoots and hollers in order to circumvent charges of plagiarism.

As wrong as it may be, I do enjoy delving into a good book every now and then. It's a guilty pleasure, like picking a scab again and again although your friend warned you to keep your hands off of him. From time to time I come across passages in books that strike me as confusing or out of place. Usually these passages are simply the result of an author trying a little bit too hard to be symbolic or abstract, but occasionally I'm left wondering whether I'm still reading the same book that I started.

For example, here's an excerpt from Charles Barkley's autobiography that I found peculiar for reasons that I can't quite put my finger on: 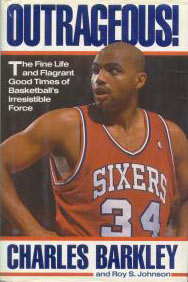 And that's how I won a quarter of a million dollars from Larry Byrd by betting on an episode of Jeopardy. The following morning, we made our way to the stable to visit Princess Penelope, my prized pony.

"Wow", said Larry, "that's the prettiest pony I've ever seen! She's like the me of ponies!"

"Don't you mean the me of ponies?" I asked, placing my hands on my hips and cocking my head sideways.

We both laughed so hard that we fell over backwards in the hay. Penelope neighed, then fell over herself. We all laughed some more. When we got back up again, Penelope was covered in bits of hay and her pink bows had all been tussled.

"Oh no," I squealed, "we'd better groom her, and fast! The Phoenix Pretty Pony Prize Pageant starts in an hour!"

Getting Penelope ready turned out to be a breeze, as she had been through the grooming process many times before and helped out by holding the brush in her mouth and brushing her long and luxurious chestnut mane. When all the work was done, she was the most beautiful pony in the whole world. The judges agreed, and actually stopped the beauty portion of the pageant to give Penelope a perfect score without even bothering to look at the other ponies.

The second portion of the competition would not be so easy. I had to ride Penelope in a race against her arch rival Pouty Pony, jockeyed by the no-good Megan Meanbody. I knew they would pull off every nasty trick in the book to win, but I also knew that Penelope was the prettiest pony in the world and that prettiness always beat evil in the end.

"Go get 'em, Charles!" yelled Larry, hopping up and down in the stands with cotton candy in one hand and a yellow balloon in the other. "I've got a hundred grand riding on you!"

Pretty bizarre, right? Well that's nothing compared to this confusing page from an otherwise fantastic novel: 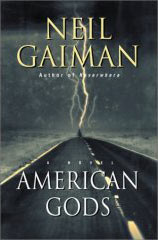 He looked at her across the table, then she looked away from him and towards it. Suddenly the door opened and he walked in. The two of them looked at each other, then he interrupted by pointing an accusing finger at him.

She looked at him, then at him. Would he really do it? Could he? And what about him? She didn't think he had it in him to be so cruel.

Suddenly the other door opened and she walked in. She looked at her then at him. He raised an eyebrow questioningly, but she did not reply. The three of them looked at him. He shrugged, then thought better of it and walked toward him deliberately, with it in his hand.

He backed away as he approached, falling out of the chair. Before he closed the distance between them, she surprised everyone by coming to his aid, grabbing it off the table and using it to knock it out of his hand.

They all looked at it, frozen in time. No one dared to move.

Suddenly the third door opened and they walked in, sarcastically clapping. So that was it. They were behind it all along.

He balled his fists in rage, but she simply dropped her head and cried. It was all too much. He held her hand and across the room he looked at them, jealous.

He took off the mask, revealing to all that he was actually his twin brother. They gasped. She laughed.

They silently nodded to one another.

He picked it up and waved it around crazily. She screamed in terror and he dove through the stained glass window. He jumped after him.

I won't lie, I got a pretty bad nosebleed when I tried to read through that one a second time. I'm a big fan of Giada De Laurentiis' cooking show on the Food Network, and thought I'd pick up her cookbook to try my hand at a few new dishes to impress the ladies with. Everything went fine until I got to this recipe: 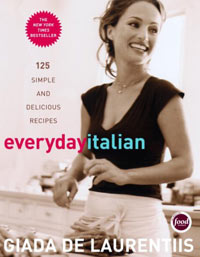 Fusilli with Shrimp and Arugula

Heat the oil in a heavy large skillet over medium heat. Add the shallots and garlic and look at how gorgeous I am. I'm like some sort of supermodel or something, right? It's incredible. I make Rachael Ray look like the bloated and worm-filled corpse of Julia Child. Fuck her, I'm the real star of the Food Network. Simmer until the wine reduces by half, about 5 minutes. Add the shrimp and cook just until they are pink, about 2 minutes.

Meanwhile, cook the fusilli in a large pot of boiling salted water and look at my cleavage. Oh god look at my amazing cleavage. This has got to be the best cleavage in the universe. Just look at it. When I chop vegetables it bounces like you wouldn't believe. It doesn't bounce so much that it's scary, but just enough to convey how ample and natural my breasts are. My cleavage is so awesome that there should be a national monument dedicated to it, only there's no way the monument would compare in awesomeness to the real thing. Therein lies the conundrum. Drain the fusilli. Add the fusilli and arugula to the skillet. Toss to combine. Season the pasta, to taste, with salt and pepper.

Transfer the pasta to a large bowl and serve. Seriously, about my face. It's one of the best faces, right? In the top three?

Guess the editor didn't quite catch that one. These have all been fun to share, but if I were hard pressed to pick the most out of place portion of a book I've ever read it would have to be this one: 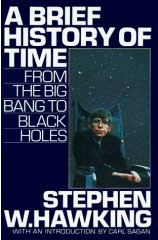 A Brief History Of Time

J-Dawg greeted Bulletchowder at the door with mad hugs and invited him in. There were ample 40's for both of them and music was playing on the sound system.

Bulletchowder nodded his head in approval.

"Is this the Wu-Clan album that dropped this week?"

"It sure is," replied J-Dawg. "I really enjoy the drum beats!"

A frantic knock came from the back door, a feint voice calling for someone, anyone to open up. J-Dawg obliged, and found Tiny T Bone standing before him.

"J-Dawg," gasped Tiny T Bone, "They took them! They took all of our blings!"

"Why must it be so difficult to live in the hoooood?" cried out J-Dawg.

Bulletchowder approached, a serious expression on his face.

"I'm not a violent man, but this injustice can not stand. Tiny, bring me my shotgun and all the 9mm shells you can find. I'm about to shoot so many people with that shotgun that I'll make Death Row Records look like a record company and not a death row..."

His eyes tightened and seemed to smolder.

"...because I'll be on death row. After I kill these people."