For more than twenty years, an Italian plumber by the name of Mario has been trapped in a mushroom kingdom. Now, I'm not a psychiatrist, but being in these surroundings for more than two decades would turn anyone a little crazy. So it was no surprise to see that the creative bunch of Something Awful forum goons decided to draw attention to the plight of this poor tradesman. By drawing pictures of Mario at his most insane, they hoped to raise attention and make people aware of the consequences that come from jumping on turtles, mushrooms and dragon-like things for a considerable period of your life. With enough resources, hard work and yes, even love, the goons are confident that we can bring Mario home.

LegoRobot came across the first of these images and started off the fun! 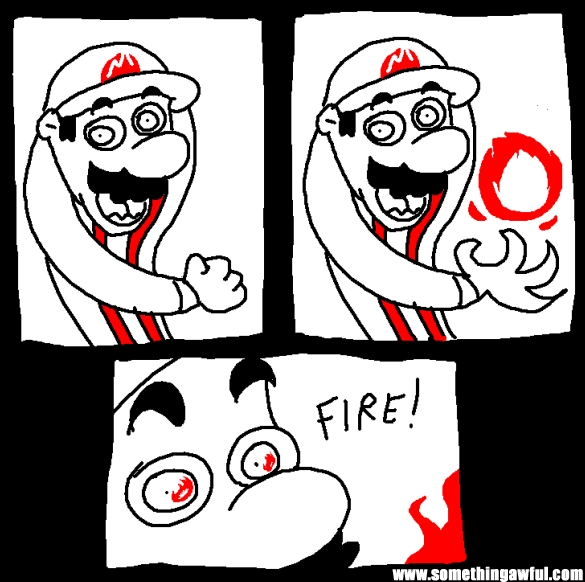 Booya! Macaluso chimed in with this contribution. 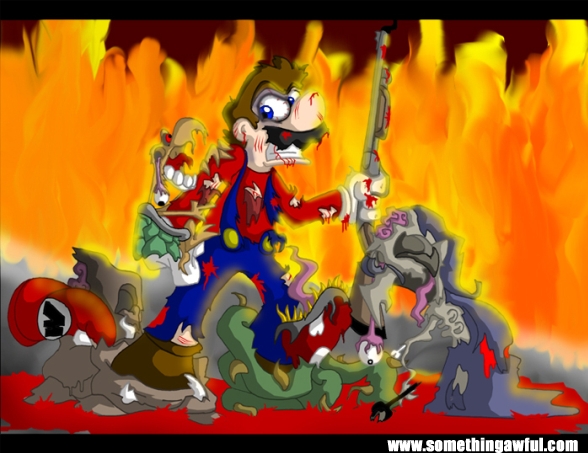 In one million years from now, this image created by joon will be used as the national flag of Russia. The bright, vibrant colors will stand for the never-say-die attitude of the people, and the Something Awful watermark will represent funny winter hats. 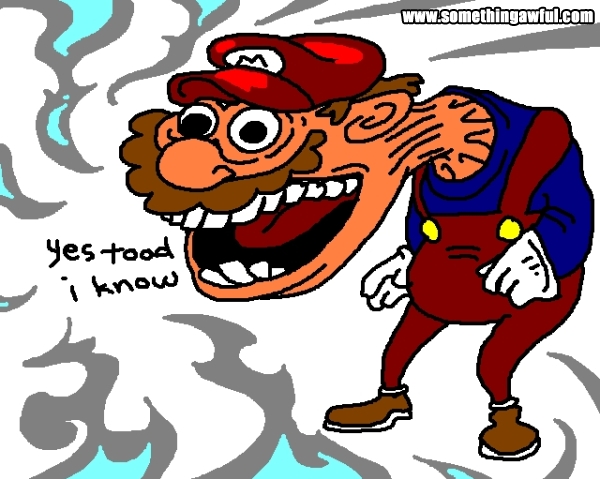 anuj made this image entirely out of love. You can tell because it still smells a little salty. 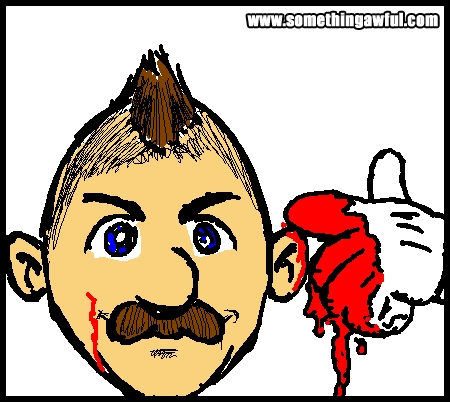 If you ever ask Professor K to go with you for a coffee, he will emit a high-pitched shriek and fall to the ground quivering in fear. It's usually just easier to ask him to join you for some tea. 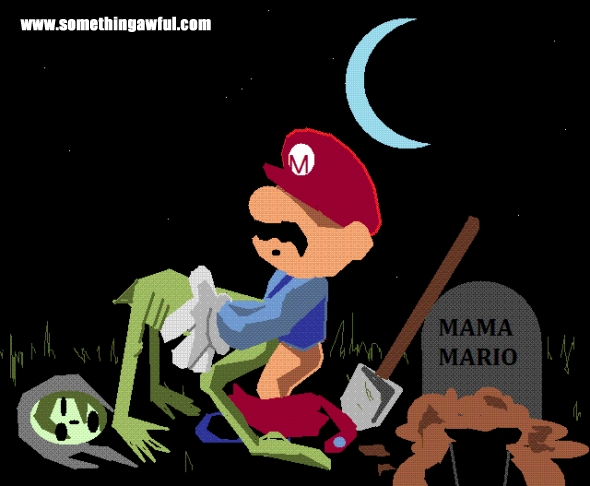 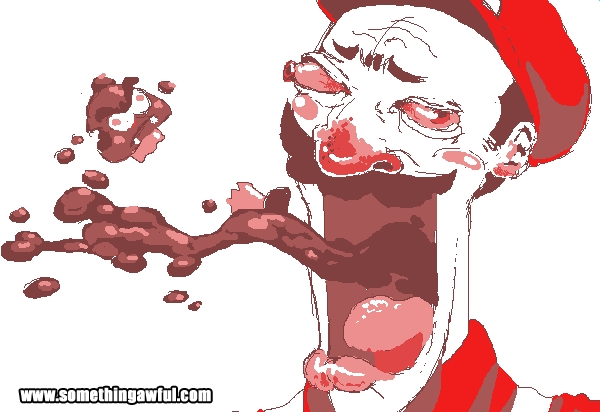