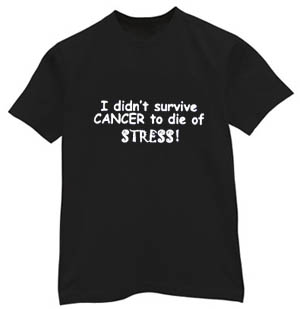 Wearers of the braggart shirt are an accomplished lot: they've beaten breast cancer, participated in heroic walkathons, made the honor roll at Marshall Elementary School, visited Cancun and much more. After all these years, they still want a medal. This ostentatious plumage attracts the attention of mates and rivals alike with its pompous squawks of personal greatness, and even does so in a socially acceptable manner. "Yeah, I beat cancer, no big deal," the shirt boasts. "I can laugh about it now, because I'm such a strong hero." While it may be considered gauche to walk up to a complete stranger and ask them to applaud you for going on vacation or not dying, the braggart assails the sensibilities in a much more muted fashion. 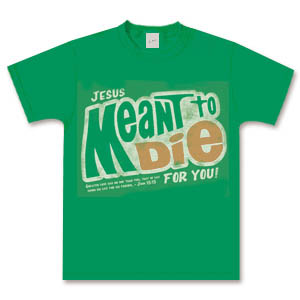 Much as Our Lord was wracked and tormented upon the cross, the well-meaning Jesus parody tortures the long-suffering pun within an inch of its life. This unfortunate creature distorts brand logos and pop culture phrases into completely arbitrary Jesus references, resulting in a near-meaningless tangle of slogans and awkwardly-placed crucifixes. Though it is a skilled mimic, the Jesus parody is born without a sense of humor: "The Da Vinci Code" becomes "The DiVine God." "The Lion The Witch and the Wardrobe," which is already Christian to begin with, becomes "Jesus The Lion of Judah." The YooHoo chocolate drink logo is mauled into "(it was) You Who (he died for)." The Jesus parody shirt is a strange beast, and naturalists have yet to determine its purpose. 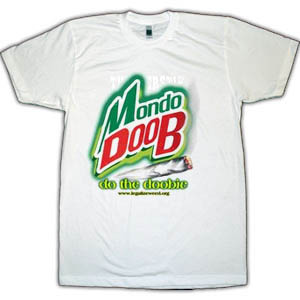 Weed parodies, which are exactly as common in the wild as Jesus parodies, are very similar to their churchy counterparts but for two differences: first, they're about weed instead of Jesus. One would think this was an obvious difference, but even a skilled naturalist may have to stare at a distorted product logo for quite some time before he can tell which downer it's promoting. Second, despite the brain-dulling properties of the substance they advertise, weed parodies are always cleverer than Jesus parodies. They still rank at a level of cleverness slightly below sticking your index finger through the fly of your pants and wiggling it around like a little penis, but they're generally about twice as clever as their religious counterparts. Substituting "Fillabong" for "Billabong" is much more natural parody than replacing "MySpace" with "(Jesus died for) My Space (in heaven)."