My most formative Christmas memory involves unwrapping my lone present to discover the board game "Sorry." My parents pointed at it, said "sorry" in unison, then shrugged comically. When I saw how happy this made them, I was well on my way to a fulfilling life of trolling! Unfortunately, it's not always The Calling when your family owns you, as many Goons have discovered to their lasting dismay. I've added some ringer posts from the funniest place on the Internet, Something Awful's FYAD forum, not only to add some mirth and perspective, but also because while working on this Goldmine over the holiday weekend, I needed a break from the sad sacks. The parody posts are quite indistinguishable from the real ones; I guarantee you'll guess wrong at least once! In some cases, I've included direct FYAD responses -- good-natured, of course :) -- to the Worst Gift Ever anecdotes. 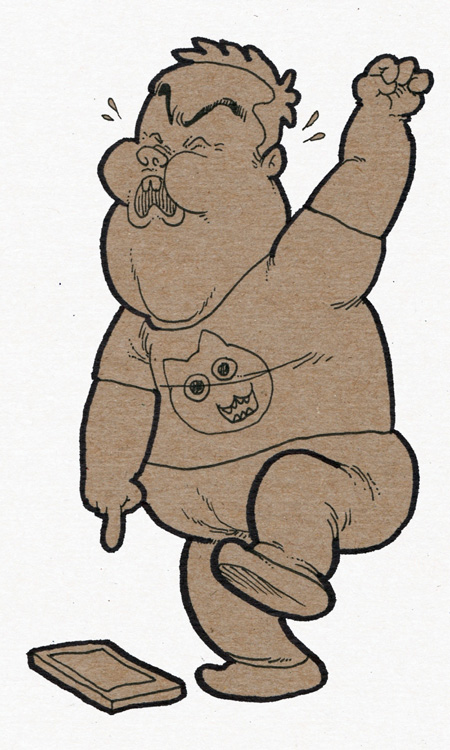 My grandmother, without fail, has given me a beach towel every single birthday and Christmas for the last ten or eleven years of my existence. Just a towel.

Each year, without fail, my IDIOT grandma buys me a long ass dick to strap on top of my smallass tiny boner. She knows Im sensitive about my small baby dick and yet every year she buys me another one, in a different color, or a different brand... Enough already you old geezer

All Hat No Cattle

A cell phone, from my parents.

I had one. I liked it. It was sturdy. I did not want a new one, I did not want one that came with a contract, I did not like cell phones and only had one for emergencies and occasionally coordinating with friends at big events, and I was very set for phones. And if I wanted one anyway, given that I worked a messy and physical job and had ear/hearing problems, I'd really, really need to pick one out that would work with me and that I could be sure I could hear on.

So, no, I did not want a new phone. They asked, I answered, they agreed with my reasoning.

The other options were an MP3 player or some very, very badly needed computer parts, and I said either was fine but nothing phone-related at all, because it would be a waste of money in my case. (I loathed cell phones and only had a pay-as-you-go for emergencies and occasionally coordinating with friends at big events. A new one was the last thing I wanted and )

A few days later they got me the phone.

I was shocked when I opened it Christmas morning, but I accepted it gracefully because it became pretty clear that returning it wasn't much of an option. And the $100 service card was non-refundable.

I hated that fucking thing for the longest time. it wasn't that it was a bad phone (though it's a bit flimsy and I have trouble hearing on it yay), it was that they said, "What's the one thing she does NOT want? Oh, a phone? Great, let's get it for her, we know what she wants better than she does, anyway." (A habit they have.)

So goons, I guess this year my aunt and uncle though it would be "funny" to drag in a big burlap sack full of animal shit, and write my name on it, and dress it up like me "Thats you" they said in front of my Entire. Fucking. Family. Everyone started pissing onto the sack and laughing at the burlap sack as well, and I didnt even ask for any of this (asked for Xbox Kinect!!! )

My boyfriend knows I like both comics and erotica, so he bought me an erotic comic book. He didn't know anything about the one he was buying, however, so he gave it to me early after he made a discovery about it. He was hoping for something more along the lines of Dita von Teese-style burlesque erotica since I'm a big fan of her, but turns out what he purchased was a graphic story about dick-girls who screw furries dressed as hogs and shit in public (and in each other's mouths!). I realize some people are into those things, but yeah... I'm not.

Here I am on Christmas morning, unwrapping the presents I'd asked for, and then I rip into a package containing...a ziplock bag of stamps.

I didn't even humor her.

"Did you mean to give me your trash, Grandmother?" I asked.