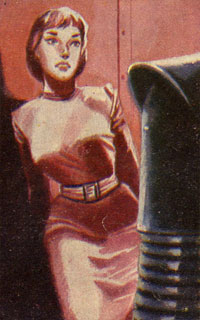 Father would never hire a robot. "Robots are bad news," he would say while looking up at the ceiling. Mum said a robot once attacked Father, swatting him repeatedly with a newspaper until some bobbies came to intervene.

Mr. Dinwiddie at the robot factory said it was just a bad unit and that all his robots were as friendly as a kindly old dog. Father asked, "Then why do they all tell such naughty jokes?"

Mr. Dinwiddie got embarrassed. Mum said he was a dirty man and his robots took after him.

Such a terrible people they are! Always secreting gasses from the huge sacs below their chins and taking things that don't belong to them. I think they look positively hideous. I think Mum agrees, though she would never admit it.

Once a Pirate Baron kidnapped Mum right in front of Mr. Charmbucket, who did nothing to stop them! Father was quite angry, but wasted no time enlisting Mr. Brimsaddle and the American Mr. Stubs to help in the rescue. The three formed a Coalition of Gentleman, and defeated the pirates with great ease. 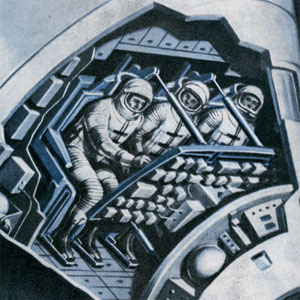 When they got Mum back father sent Mr. Charmbucket on his way. He grumbled and cursed and blew a great deal of hot gas out of his sacs, but there was nothing he could do. Father's mind was made up!

Father did have one good worker, at least for awhile. Mr. Barnweaver was always industrious. Father said he was more efficient than a dozen of Mr. Dinwiddie's foul old robots. Mr. Barnweaver was very, very nice, though he often played a most ruckus form music in his spare time. He said it was the music his people. He missed them ever so much and would get holograms from his own mum and dad every week.

Mr. Barnweaver helped Father expand his business. Soon Father was installing pipes for lasers to go through for lots of men in Gabbington. Mr. Horseweatlh even hired Father to install eighty miles of pipe, connecting lasers to every home in our village!

Mr. Barnweaver had vices, Mum said. In his off time he incurred a Debt of Claw and Father had to let him go. Mum said we simply could not have those pesky Clawmen clawing about our home looking for him.

"A better man knows not to muddle about with Clawmen," said Father ever so sternly while waving his pointed finger. Father always knew best about these sorts of things. Mr. Barnweaver simply had to go.

Eventually Father ran out of men to sell pipes for lasers to. We had to move and find a new world, and say our goodbyes to dear sweet Gabbington. Mr. Brimsaddle gave us a ride in his great big rocket, and it was a jolly fun time. Mr. Brimsaddle let me fly the rocket for a moment, but that made Mum terribly nervous.

Now we live on new world, though it is not as dear and sweet. The chums I have met here do not have the same wits and wiles as those back home, and the sky is not as pretty. Father is doing well here, selling lots of pipes for lasers to go through to all sorts of important men. Mum says we will live very well here, but if you ask me this is simply no Gabbington!