After procuring a Xian bible from your Barnes & Noble, I realized that you people take great stock in the back-story of your gods. You adore this Jesus X so greatly? Well, affix your feeble comprehensive powers to this examination:

Both Golan the Insatiable and Jesus X are demigods. My father was ZxZazel, one of the Nine Elemental Titans of Gkruool; my mother a comely virgin peasant that ZxZazel assaulted while taking the form of a tree. ZxZazel was known for such dalliances, but it was incredibly rare that his victims survived the copulation. My mother was both lucky and robust! 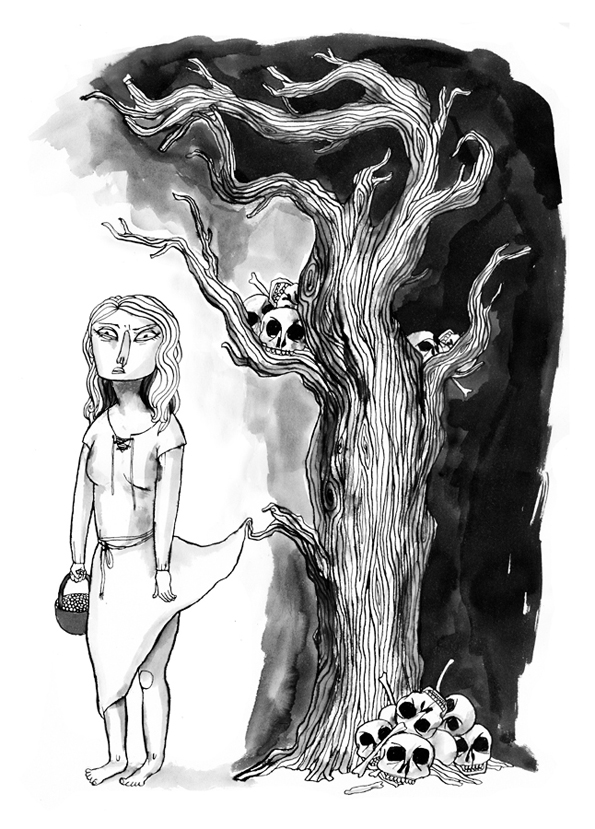 And Kings from across the land journeyed long and far for both our births. Yet, Jesus only had three Kings in attendance and they brought gifts. Ha! In Gkruool, a host of monarchs and warlords descended on my mother's village seeking to destroy me before I had a chance to grow. They all found Golan the Insatiable difficult to kill, and most left disfigured for their efforts! Furthermore, not unlike your holy Moses, my mother too sent me adrift down a river. I was discarded into the raging rapids of the River of Woe, again in the hopes I would perish. I did not.

The Xian bible inexplicably skips over Jesus X's adolescent years, but it does not seem like he ever raped much of anything, let alone anyone. Surely this is why his formative years were glossed over. This knowledge must have long been a source of insecurity for his followers. Golan the Insatiable once impregnated an entire clan of cave imps in a single night! Males included!

Much is made of Jesus' philosophies and wisdom, which to me sound quite similar to the cowardly peace-mongering of your modern hippies and park-occupiers. His ideas are laughably childish when it comes to warfare and empire building.

There is no contest here. I had a ministry of sorcerers, warlocks and mages in my service. Jesus resurrected one man? I had a full brigade of re-animated wraiths in my army! I never walked upon water, but I swam the 50-mile length of the Kraryth Channel, fighting Krarythian turtles the entire way! He turned water into wine? I had all manner of things transmogrified into all manner of other things that should not be! I once had a goat turned into a stallion. Then I punched it!

Golan the Insatiable's amazing feats are things of legend! I broke the Dam of Nahzurot with a single blow! I ate the entire harem of Prince Thuul! I read and then forgot the Unreadable Book of Unforgettable Truths!

Much is also made of Jesus X's revolution against Roman rule. Well, he lost that revolution, if I am not mistaken. Golan the Insatiable successfully enslaved an entire world and bent it to my tyrannical, erratic whims for more than a thousand years! But you seem to find the betrayal of Jesus humanizing in some way. Must I remind you that Golan the Insatiable too was betrayed by greedy weaklings who somehow managed to banish me to this foul place?!

From what I gather, coming back from the dead seems to be everyone's favorite aspect of Jesus X. I would point out that no one has ever managed to kill Golan the Insatiable, so I have had no reason to attempt resurrection. But I routinely ventured into Gkruool's underworld, generally to retrieve a favored concubine if she died before I tired of her and killed her on purpose. Getting to the underworld is not so difficult if you possess the awesome power and will of a Godlord! (And if you memorize the trick to navigating through the Maze of Bones in under-veil's third level.)

In any case, I did not require my father's help ascending to a throne in the sky. My throne is gigantic and forged by my own hands and located in a palace built by 500,000 slaves! Plus I killed my father.

So, as even you idiots can see, Golan the Insatiable is the clear better in this contrast. And I know you are fond of pretending to drink Jesus' blood and devour small portions of his flesh. Back in Gkruool I had several cults that consumed my semen and shingles of my dead skin. You need not pretend at anything. I have plenty of both for everyone!

Many of you believe that Xianity is under attack from non-believers. Well, what is Jesus X doing about it? Submit to Golan the Insatiable and I will make the world see the light. And that light will be caused by fire. Fire that I will ignite to burn those who oppose your subservient worship to me!

I await becoming your god and next year's Golanmas. I will tolerate no Santa Claus.

My acolytes have informed me that obtaining a face book is a necessary step toward my swift domination of your miserable world. So be it. - Golan the Insatiable

Do you enjoy Worm Miller's signature brand of bullshit? What if we told you there were entire books full of it?! Check out the author that Publishers Weekly called "cavalier and distasteful" and "blatantly disrespectful!"