Greasnin, I'm calling you back, collect! 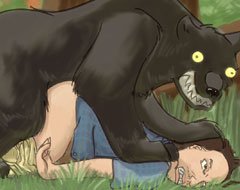 Oh my dear, sweet Ben. What have I done to you? How did it get this far? When I logged onto the Something Awful front page last Sunday I was shocked and appalled at what I saw; a full update dedicated to bashing me! I didn't read it, and just skimmed down looking for my name, but from what I can tell it looks like you were saying some mean stuff about me, mostly how I have been easing up on my weekly mockery of you out of sheer laziness. Well, it's true that I've been easing off my attacks as of late, but not because of laziness. I had a plan. A plan so crazy that it just might work.

When you first started writing Sunday updates, I naturally disliked you because you're a fancy pants playwright college boy who spends his parents' hard-earned money going on the tilt-a-whirl all day, throwing up cotton candy, while I'm out on the mean streets of Detroit slinging hash for a buck an hour, and fighting crime with my Indian sidekick. But I got over that after some of your updates made me slightly shift in my chair with mild amusement. It turned out that it was just a bad case of gas, but it was a reaction nonetheless. Quickly you became my favorite writer after Lowtax, Zack Parsons, and Livestock. I sent you e-mails every week seeking your attention, but I guess you were too busy writing your stupid plays, because I received no responses. I would check my mail 3 to 4 times a minute waiting for some kind of feedback, but got absolutly nothing. I figured you thought you were too good for the likes of me since I didn't belong to an affluent playwright circle, or had daily caviar enemas. It is at that very moment that I decided to destroy you, or at least cause mental duress that would end up costing you a couple hundred dollars in psychotherapy.

I knew that I had to get close to you, but how? The idea to join your college so that I could infiltrate your dorm failed because I couldn't pass the remedial grammar and spelling tests. Then I got a job as a waiter at a local diner that you often frequented with your school chums. Unfortunately, that plan fell through when I spilled scalding hot coffee on my groin during training, ruining the chances of me ever spawning offspring. That’s when the genius plan of becoming a fellow Something Awful writer came to me. After sending $20 via Paypal to Richard “Biscuits‘n Gravy” Kyanka, my writing spot on Saturdays was secured, and I found myself face to face with my most hated foe, Ben “Greasnin” Platt.

I held off on my first week, not wanting to show my cards too soon. I wanted to study your strengths and weaknesses before I launched my surprise attack. Then on February 22nd, a day that will live in hilarity, the Sunday flagship S.S. Greasnin Platt was hit by a Frolixo comedy torpedo, crippling it indefinitely. What followed was months of attacks and counter-attacks. It was a bloody and vicious campaign, leaving the weekends in ruin. You are correct when you stated the climax of the strife was the “Greasemunk”. You were on your heels and victory was nigh. All I had to do was move in for the kill, and Ben “Greasnin” Platt would be logged off the Internet forever. That’s when I received a most curious e-mail from a one “Judy and Russ Platt”. Your parents… 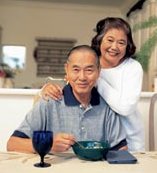 Dear Frolixo. I have heard all about you from our dear son, Ben. He tells me that you are a fellow writer for an online humor site. He also tells me that you have been picking on him ever since you started working for Something Terrible. I’m writing you today to kindly ask you to stop bullying him around. Ben is a fragile boy that has gone through many hardships throughout his life. At the age of five, Ben lost almost all his hair in a grease fire, and was given the nickname “Greasnin” by the neighborhood fire department. Due to this deformity, he stood out in elementary school, prompting the other children to tie him to the monkey bars and throw rotten turnips at his belly. In middle school, he was stripped naked and beaten with metal coils by students and teachers alike. He was never the same after he was given a wedgie from the diving board in his high school swim class. Even in college, a fellow named LuckyGlauber has been sneaking in his dorm room at night, and filling his shoes with Cheez-Whiz.

Since you have started picking on poor Ben, he has been a wreck. He calls every Saturday, sobbing into the phone, begging us to wire some more money to help him forget the pain you caused. As his mother, I beg you to stop your childish mockery. It may seem funny to you and your cronies, but it’s hurting my baby boy! Thank you for your time and understanding, Frolixo.

So Greasnin, although I may seem like a total jerk online, I’m actually a pretty nice guy if you get to know me, and this e-mail really made me think about the way I’ve behaved the last few months. After your mom scolded me, I decided that I was going to withdraw my attack on you. But in order not to arouse suspicion so I wouldn’t have to post this embarrassing e-mail, I had to slowly back off my barbs over time. Unfortunately, I was one update away before calling a cease fire when you dropped the bomb last Sunday. So here we are, at odds again.

But never fear, I have come up with a solution to settle our grievances. I took it upon myself to e-mail the country of Switzerland with all of our updates from the past couple months in order to have them rate us on various categories. This will settle all the differences we have as to who is the better weekend writer in a fair and gentlemanly manner. Here are the results from the neutral Swiss people: 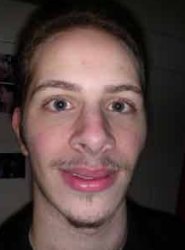 Reid “Frolixo” PaskiewiczStyle: 8Funny: 8Grammar: 2Hair: 10Public Appeal: 8Blowjobs (giving): 1Blowjobs (receiving): 10Total Points: 47I WIN I WIN I WIN! In your face Platt! Whoo hoo!Ahem. Well it looks like it's all over. Our feud is settled, and we can move on with our lives. You know Ben, I think we've learned from this experience, and have grown as a result of it. I give my Irish word of honor that no harm shall come to you or your precious, caring parents. Now that we are best buds, let's join forces to make a weekend Voltron of humor and battle our common foes. With your literary prowess and my wisecracking street smarts, we can take over this joint, and focus on a mutual enemy that stands in our way of our greatness, Josh "Livestock" Boruff. That guy is so unfunny. State Og: Collector's Edition (w/ Signed Holographic Cover)Dennis "Corin Tucker's Stalker" Farrell reporting in once again. We understand that there are discerning readers for whom normal articles are simply not enough. These distinguished gentlemen see words and paragraphs for what they really are: garbage fit only for the consumption of the common man. To appeal to the refined tastes of these readers, State Og will now be presented in an anamorphic widescreen format, with such features as Surround Smell, english subtitles, and a director's commentary track. Put on your State Og 3d glasses and enjoy just a sample of what lies ahead:Dear State Og,Help me please. I am [enjoying the prompt service of State Og] with no legs! When I tested the new State Og theme park ride Bladed Mountain, this flash of silver overcame me, and then before I knew it, my [doubts about State Og] were gone! How am I supposed to live without my [love of State Og]? I will tell you how, you [pioneers] of [stability], you goddamn mother [helpers] (Editor’s note: check out our State Og retirement plan to learn what Bob is talking about here!): I can’t! Oh and thanks for the complimentary wheelchair that [did not break] before I even sat in it! It would not have been so bad if the shards of [unbroken] wheelchair were not so sharp. Did you make it out of pure [dedication] or something, you [rooster] suckers?For our slack-jawed readers that don't have State Og 3d glasses, our articles are still readable, but lack any extra features which make life worth living. Whichever way you read it, we're sure you'll enjoy this week's State Og! We'd bet your life on it, and chances are we actually have.