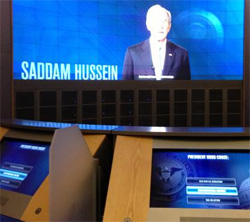 The recently opened George W. Bush Presidential Library and Museum in Texas has been hailed as one of the most technologically advanced museums in history. Panoramic screens display the beauty of America while talking kiosks relate information about the 43rd president of the United States.

The centerpiece of the George W. Bush library is an interactive game called Decision Points Theater that allows visitors to the museum to stand in the shoes of George Bush himself. Players are presented with a crisis that George W. Bush had to deal with, they receive advice from a variety of advisors, and then they have to make a decision. After the voting is complete, George W. Bush appears on the screen to tell the players how they did.

This exhibit has received scathing criticism from the usual media suspects, who have accused it of offering false and even insulting choices that are not based in reality. We wanted to give it a fair chance. We sent our intern down to Texas to try out three of the game's key scenarios.

The game is straightforward and lays out the situation and presents you with three options. 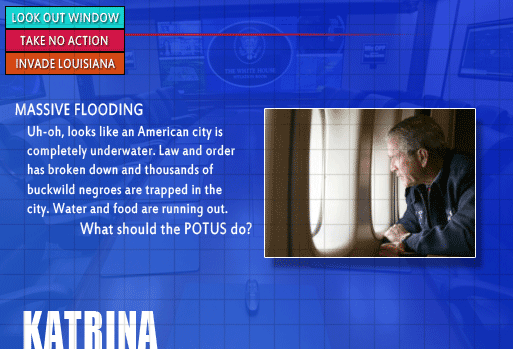 We have to check with the advisors first. 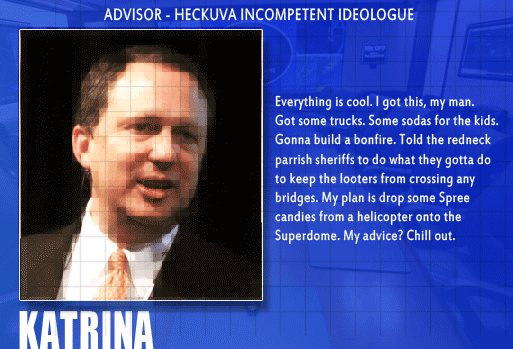 Now we're ready to decide and be evaluated by the president. 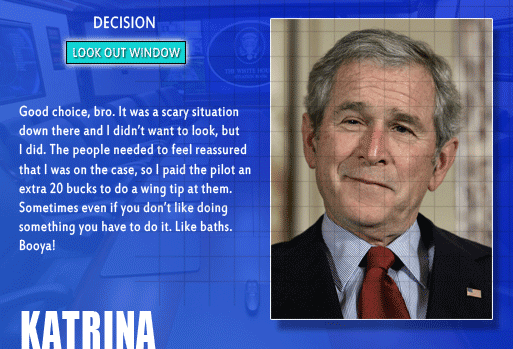