Hello once again my friends! It's that time of year once again. The birds are chirping, the sun is shining, and people everywhere are celebrating misery, hardship, and despair. Yes, it's Spring Holiday Festival Life Rejuvenating Celebration Things time! The Jews of the world are finishing up the final days of Passover, the celebration of the merciless slaughter of every firstborn child of Egypt, which they commemorate by hunting for a cracker wrapped in a napkin, just as Moses did. Meanwhile, Christians from Brooklyn to Queens (taking the long way around) are celebrating Easter, the day on which they pay tribute to the resurrection of Jesus Christ after his brutal and torturous death by hunting for brightly colored eggs filled with candy, just as Jesus did. Meanwhile, Muslims everywhere are celebrating the annual festival of Salat Amal, which translated to Thank Allah America Hasn't Irrationally Bombed the Crap Out of Us for Another Year. It's a holly jolly time for all, except that holly is in short supply, and jolly is really more of a cold weather thing. So actually it's just a time for all, but what a time it is! In honor of this amazing time of the year, I have gone to great lengths to bring you something very special. We'll get to that in just a bit, but first, there is one issue I would like to address. 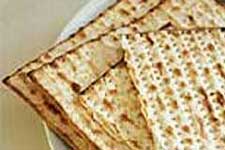 Matzah is a dry, tasteless cracker which was first made when the Hebrews had to flee Egypt with such speed that they couldn't even wait for their bread to leaven as the hurriedly packed food for their long, perilous, and agonizing journey to what they blindly hoped was the Promised Land. The Egyptians were in hot pursuit of their escaping Hebrew slaves, with whips and scourges cracking, and blades drawn to open the throats of the leaders of this rebellion. The only thing that bought the Jews enough time to make even Matzah was the fact that the Angel of Death had just slain thousands of male children in Egyptian households, leaving a sea of blood and misery in its wake. Matzah is a symbol of the panic and terror of that point in Jewish history. In modern times, for one week Jews decline to eat leavened bread and instead subject themselves to eating this Matzah out of respect for the suffering of their ancestors. Like the communion wafer to Communionites, matzah is a deeply symbolic substance which is eaten with the solemn knowledge of its bloody history. So we Jews would really fucking appreciate it if all of you Christian people would stop running around saying how happy you are that Passover is here because it means you can mooch Matzah off of your Jewish friends.

I've noticed this is only really a problem with Christians. People of the other faiths seem to acknowledge that the Matzah should be left to the Jews. And it should, not just because of its deep religious significance, but because it's a horrible excuse for food. Nonetheless, every Passover Christians just come out of the woodwork to snatch pieces of Matzah from Jewish lunches, and then proceed to go on and on about how tasty it is. Look, it isn't, alright? We know it isn't. Just leave it alone. It's our damn Matzah, we want to suffer with it. We're Jews, that's what we do. We endure things. So leave us with our Matzah-and-Horseradish sandwiches, and you just eat your roast beef sub right in front of us and gloat about it, okay? That's all we want from you. Is that so much to ask? I seriously think that Christians getting so excited about Matzah is why we have groups like Jews for Jesus. It was probably in some office building cafeteria, and some Christians were stealing pieces of Matzah from a table of their Jewish coworkers, and the Jews decided to teach them a lesson.

Christian 1: (Eating a piece of Matzah) Mmm! It's so yummy! I love this time of year, don't you, Ted?
Christian 2: I sure do, Phil. We get to celebrate Easter, plus there's all this delicious Matzah just laying around!
Jew: "That's it! We're going to take something from your religion and see how much you like it! We're taking... uh... uh... Jesus!"
Christian 1 and 2: "Nooooooo! We sure have been taught a lesson!"

I apologize for that distraction. Now I am absolutely thrilled to bring you a Something Awful Holiday Exclusive. After years of dedication to excellence in the field of journalism, we have distinguished ourselves from the rest of the pack. Where others fail and fall into the twin spirals of bias and fabrication, Something Awful has stuck to the pure, unadulterated facts and left our opinions at home. I believe that is why we, instead of any other journalistic organization, were chosen to conduct this unique interview. I, Ben "Greasnin" Platt, recently had the incredible pleasure and honor of interviewing a subject so elusive that experts in the field are still fumbling to grasp exactly what this individual truly does. In the spirit of Easter and the benefit to all mankind that this could bring, I sat down and conducted an interview with the Holy Ghost. Yes, that's right, the Holy Ghost, most elusive and mysterious of the Holy Trinity. The other two members of the Trinity are, of course, God and Jesus Christ, both of whom are pretty familiar characters. The Holy Ghost has always had an inscrutable mystique about him, though, and I had the chance to peer through that veil of mystery and get the straight facts from the Ghost himself. I met with him only a few days ago on the hallowed grounds of discourse known as the ICQ instant messaging program. Here is the unedited transcript of that fateful conversation. 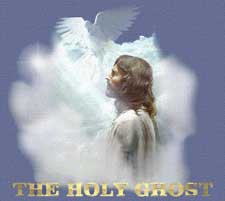 I smell a Pulitzer! Seriously, those things reek.

CasperFan01: sup fag
Greasnin: Holy Ghost?
CasperFan01: that's me
Greasnin: Thank you for taking this time to meet with me. I can't tell you what an honor it is to be chosen to conduct such a monumentally important interview.
CasperFan01: whatevs
Greasnin: I guess, if you don't mind, my first question is, why did you insist upon conducting this interview over ICQ?
CasperFan01: if you saw my being or heard my voice, you mind would shatter into a million shards of individual dementias.
Greasnin: Oh. So I guess a one-on-one or phone interview would be out, then.
CasperFan01: yeah
Greasnin: Well then, let me first say Happy Easter to you.
CasperFan01: that's got nothing to do with me, man.
Greasnin: Yes, but you're Christian, right?
CasperFan01: a follower of christ? dude I came first.
Greasnin: Oh yeah, I guess that makes sense. But don't you celebrate his miraculous resurrection?
CasperFan01: he died, he went to heaven. most people don't actually have to wait that long. i've been up here this whole time. seems to me like i win.
Greasnin: But aren't you both technically part of one being, of one God?
CasperFan01: there are three of us, dude. trinity means three.
Greasnin: Yes, I know that, but I've always heard that you're still all one.
CasperFan01: three is different than one, man. i knew god gave you people free will. i didn't know he gave you stupid, too.
Greasnin: Hey now, that's uncalled for. So you're three distinct beings. How exactly does that work?
CasperFan01: god goes over here, j.c. goes over there, I go somewhere else. three of us, three different places. that's how it works when there are three of you.
Greasnin: I think you're misunderstanding me.
CasperFan01: whatever dude, you're the one who can't tell the difference between three of something and one of something.
Greasnin: Right, well what I was trying to ask was, what is your role in the Holy Trinity, as opposed to God or Jesus? 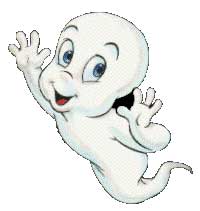 CasperFan01: alright, so there's god, and he's supposed to be everything and everywhere, right? and then there's jesus, who is like the embodiment of all of god's shit down on earth. then you've got me, and I'm like the embodiment of god's other shit. i deal with all the stuff that jesus doesn't handle. we're like opposite sides of the same almighty deity.
Greasnin: Heh, you could almost say you're the anti-Christ.
CasperFan01: haha right. you could say that.
Greasnin: Can you give an example of what sort of things you deal with specifically?
CasperFan01: whoa, that's weird. you really could say that.
Greasnin: Huh?
CasperFan01: i'm technically the antichrist.
Greasnin: Well, if you want to get really technical based on your definition of your relation to Jesus...
CasperFan01: i am. i'm the antichrist. the demonic hellspawn destined to doom all mankind through my everlasting evil.
Greasnin: I don't know if I'd say that.
CasperFan01: no hold on.
Greasnin: Um, okay.

CasperFan01 has signed off 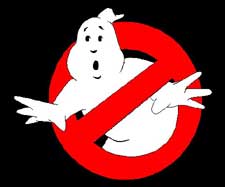 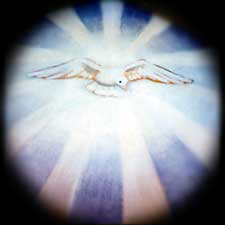 The dove, the symbol of peace, makes me want to stop and reflect on how he has no idea that I've got my sights trained right on him.

So there you have it. Jesus didn't die for our sins, and apparently I'm a fag. And isn't that really what Easter is all about? Until next time, I'm Ben "Greasnin" Platt, saying, when's the last time Peter Jennings interviewed a member of the Holy Trinity, huh? Put that in your pipe and smoke it, Jennings!

Weekend Web: Because You Touch Yourself at Night

Hello internet friends, Zachary "Spokker Jones" Gutierrez here to futher my white nationalist agenda. Just kidding, I hate white people! Anyway, we've got two USDA Select prime forums for you fine folks today. The first is a forum that just might change the way you think about pants shitting. The second forum proves once again that teenagers are worthless. Take a look.

If that doesn't make you want to throw your computer out the window and cancel your internet service I don't know what will. Enjoy.