This "Harlem Shake" Could Save Wholesaleenemabags.com 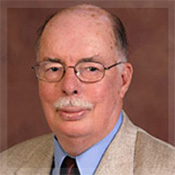 It should strike none of you as a surprise that sales have been flagging this fiscal year, but, given our rocky history, Wholesale Enema Bags has been no stranger to adversity. This business started with an overturned medical supply truck and a dream, survived the dot-com bubble, and has since blossomed into a bustling operation that now occupies the entire basement of a shuttered Montgomery Ward. While the need for pet food by mail and alternate currencies with names like "Flooz" evaporated with the passing of the last millennium, the continued existence of wholesaleenemabags.com relies on two traits that have come to define humanity: constipation and curiosity. And we've certainly taken advantage of these fundamental elements of existence over the past 15 years.

I may not have grown up in the "Computer Age," but, thanks to my nephew Jason, we spent most of this year transitioning to Web 2.0 after leaving behind our old stomping ground over at Angelfire. The 108 signatures in our guestbook might not have made the cut, but sacrifices are often necessary to run a successful business in the competitive anal hygiene industry. Unfortunately, the world often passes us by, and upgrading our website to include high-tech features like frames and chat windows hasn't made the impact we thought it would. I'll admit that I lost hope until Jason showed me a video on his phone of regular office folks -- just like you and me -- shaking their bodies like my psychotic half-brother did when they doped him to the gills with Thorazine in the 1970s. May God rest his vagrant-strangling soul.

Apparently, this "dancing" wasn't the result of a post-Vietnam breakdown, but rather, something that's known as the "Harlem Shake," an Internet phenomenon that's been taking the web by storm these past few weeks. It seems that businesses around the globe have been using this "Harlem Shake" to prove how fun and spontaneous their corporate environment is by forcing their employees to adhere to a rigid and predetermined formula, which is then filmed and uploaded to the Internet. This video then enters circulation with thousands of identical ones, which people will watch multiple times for reasons that are beyond my understanding. I was about to dismiss this Harlem business as complete nonsense until Jason showed me another video featuring a dog being scared by its own fart that's been viewed by nearly eight million people. Needless to say, my mind filled with more ideas than even our Power Pro Tractblaster could hold -- and that's roughly two gallons!

This Friday, we're going to stop business as usual and attack this "Harlem Shake" thing from every angle. Frankly, our company could use a better reputation; it seems that whenever we're mentioned on the local news, they use that file photo of me vomiting into a trash bag at our last company picnic, despite my protestations that the bottle of whisky I drank that day had expired weeks ago. We're all going to have to put on our thinking caps and brainstorm how we can get the word about Wholesale Enema Bags out to a whole new demographic with bellies full of rock-hard, undigested ground chuck. I've already been in touch with a choreographer at the community college, who plans on giving all of us an intensive, 6-hour workshop on "Harlem Shaking" that will prove our company is a carefree, fun-loving place with products the whole family can use, some with adult supervision. And Stacey, I don't want to hear "diabetic leg" this and "blood sugar" that; you may be my step-daughter, but you're granted the same health plan as the rest of your peers: one trip to the first aid cabinet every two weeks. And don't think I'm not doing a daily inventory on those single-use aspirin packs.

People, I cannot stress that the time to act is now. Thanks to the encroaching efforts of the health food movement and our main demographic's tendency to die of bowel cancer, we're going to be spending another year in the red without something like the "Harlem Shake" to save us. And if you're thinking about backing out, know that I've already invested most of your pensions in the construction of a full studio complete with lighting, cameras, and fog machines -- so really, what do you have to lose?

See you bright and early at 5:00 A.M.! Sorry, but that's the only time I could book the costumier who will be measuring your various lengths.