The Heroes of Unemployment 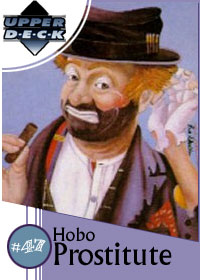 In the world of unemployment, there are many types of people. Some own houses, cars, boats, boathouses, amphibious cars, amphibious boats, amphibious houses, pets, amphibious pets, or even football stadiums to name just a few possibilities. But beneath this class of the wealthy elite of unemployed folks lie the true heroes of the land we call Poverty. I'm talking about an ancient race of men and women who, since the dawn of time, have existed three notches below the bottom rung of the proverbial social ladder. Join me as we celebrate the alluring world of bums, of transients, of hobos, and all who travel as nomads without steady employment and a secure future.

If you've ever wandered through a major city, taken a cross-country trip in a boxcar, or given a man a warm meal in exchange for a few hours of wood chopping, chances are you have encountered one of these magical vagrants! Bums, transients, and hobos are everywhere there is opportunity or the opportunity to be near opportunity yet still be far away from success. But that's okay because they are here for just that purpose! After all, they truly define the world of unemployment.

Unfortuantely, they hardly ever get any respect. These people have made a career out of avoiding what the human race sucks at most: actual work. In many ways they have done what every human dreams of, and all the while getting no proper recognition. Somehow, these brave men and women have gone unnoticed, probably under the deafening cry of financially stable folks who think they have it rough collecting unemployment checks because they got laid off from the mill or whatever Star Trek series that's being made has no room for them in the cast. If you think about it, living life as a bum, hobo, or a transient is pretty extreme. It's like extreme living. These folks are risk takers living on the razor's edge of life! That being said, let us take a closer look at the lives of these occasionally able-bodied non-workers who are really only asking for what little monies it costs to purchase a hot dog:

Bums
Description: Bums are very disheveled but extremely tenacious. With twice the effort an employed person would put into a well paying jobs, bums eagerly wander the streets begging for your loose change and unwanted pennies. Most bums are very courteous and have good customer relation skills. Unfortunately, they are often times too over zealous in marketing their poverty. A master bum will make you feel good about helping him, but an apprentice bum will make you jaded and indifferent to his poor economic standing. Some bums seek altogether different pursuits, such as scaring the life out of you with a negative attitude and unnerving behavior. Other bums are mentally challenged or in possession of abnormal psychological disorders, such as "friggin' nuts" and "goddamn crazy." It is best to avoid the unruly bums in hopes that the nonexistent system will provide for them.
Interests/Goals: The typical bum is interested only in accumulating as much of your pocket change as possible. One peculiarity is that most bums will attempt to barter for more of your change without offering any return services. The lack of negotiation leverage is of little concern to the man with only precious few coins and a shopping cart full of garbage to his name. Bums will use what money they get from you to purchase the mythical hot dog – the highly expensive food item coveted most by the homeless. While the majority favor hot dogs, a small minority still clings to the old standard of hamburgers. An even smaller minority is adventurous enough to seek satiation from tacos. You might be under the impression that bums lust only for alcohol. This is a misconception, for it is wino subclass that seeks constant inebriation.
Habitat/Living Conditions: Bums are indigenous to every major city in the world, and occasionally to smaller towns as well. They typically live in cardboard shanties, abandoned buildings, homeless shelters, dumpsters, unlocked vehicles or domiciles, or in public parks. Since they have little means of acquiring new clothes or washing existing clothes, they are typically very dirty and unsanitary. Because of this it is not advisable to touch, wrestle, or engage in romantic activities with a bum.
Likeable Traits: Bums have few likeable traits, but will occasionally showcase an entertaining talent in hopes of winning your approval and donations. These talents are pretty much limited to singing small chunks of songs out of key or reading poetry.
Fun Fact: Most bums smell like urine! 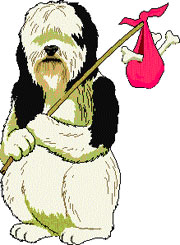 Even furries can be hobos! Just not very good ones.Description: Transients are a transition class standing between the world of bums and hobos and the world of the gainfully employed. The transient is someone who is down on their luck and trying hard to get back on track. Of course they are all total failures and eventually end up nowhere, but their can-do spirit and desperate struggle to hang on to those last few threads is admirable. The transient typically has a few items of clothing, a handful of personal items, and some form of property, almost always rented or borrowed. The transient will wander their town, usually in a pair of dirty overalls and a tattered coat with a sign offering to provide manual labor for a bite to eat or money. A little known tidbit about transients is that they will actually eat any money you might give them because they are that hungry. Many transients have well-to-do relatives who they refuse to talk to because of differences and pride.
Interests/Goals: The typical transient has long-term goals that revolve around getting "squared away" and "back on track" with their life. In the short term, however, the average transient wants nothing more than food in their stomach and a little bit of dignity.
Habitat/Living Conditions: Transients are indigenous to all parts of the world, from big city to small. Transient populations are most dense in small towns and rural areas where there are numerous temporary jobs to fill and few workers to fill them. They often live in cars, rented storage garages, guest houses, and homeless shelters.
Likeable Traits: The only likeable trait associated with transients is the general hopeless optimism they possess. It's heartwarming!
Fun Fact: Transient women make for ideal serial killer victims!

Hobos
Description: Hobos are perhaps the most noble of the homeless. Many hobos choose their lifestyles and have no desire to live any other way. These are men who travel the rails taking in all the sights and sounds the world has to offer. Truly, to be a hobo is to be free of all constraints and burdens. The hobo can be identified by the old, secondhand clothes they wear, which are dotted with lots of patches. In fact, any hobo who isn't adorned with patches isn't a true hobo and is probably an undercover cop, investigative journalist, or an undercover investigative journalist doing a report on undercover cops.
Interests/Goals: The hobo is interested in swapping hobo tales and doing the occasional odd job for a bite to eat or the opportunity to sleep in a barn. The hobo has only one goal, and that goal is to be a hobo. That and murder people.
Habitat/Living Conditions: Hobos live throughout North America and Canada. They make their nests in boxcars, unwatched barns, and sheds. In warm climates, many hobos will sleep in the open air on grassy fields.The hobos are dirty from being away from proper facilities so often, but they are far more sanitary than bums and most Canadians.
Likeable Traits: The hobos are renowned for their amazing memories. The consummate hobo is expected to know all the train engineers and the names of their children, every handout in every town, and every lock that isn't locked when no one's around. Hobos are also excellent singers and storytellers. In many ways, hobos are modern day minstrels. The hobos have no written language, so they pass on their legends and traditions through homespun tales and catchy ballads.
Fun Fact: Cross a hobo and you'll end up scattered across several train depots throughout the United States and Canada.

So the next time you are accosted by a homeless man caped in his own wastes trying to get you to bet the price of a hot dog that he can tell you how many kids your daddy has, take him up. In fact, raise the stakes and make him buy you a hot dog if he gets it wrong! Then when he does get it wrong, smile and hand him a few coins. If some poor sap shows up at your door and asks if you have any chores, say sure! Then give him a five-dollar bill and tell him to go wash his filthy clothes. And the next time some sap whines because his unemployment check won't cover his Internet bill, stab him in the eye with the business end of an eggbeater and claim it was an accident!