Each day of life in this modern world is spent in fear. Nowadays, everything can lead to a quick and painful demise, leaving pieces of you strewn about in a haphazard fashion that will probably lead someone to slip on a gooey chunk of your remains and die in a similarly gruesome way. 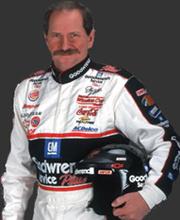 Dale Earnhardt drove a car. Also, Dale Earnhardt is dead. You do the math. The answer is 47, and if you got any other answer you're dead too. Dead wrong.

Smoking will kill you. Drugs will kill you. Suicide will kill you. Doctors will kill you, if your insurance covers the procedure. Everything is deadly, and the only way we make it through life is by accepting it. We accept the fact that one day a player piano is most likely going to fall from the sky and crush us at the most unexpected of times, churning out an inappropriate tune on the way down like "Camptown Races". With all this danger around us, we've gotten desensitized to it and take ridiculous risks every day without even thinking twice. At most we think 1.7 times about it, or maybe the amount of times is broken into some sort of a mathematical fraction that only a geek like Space Nerd Wil Weaton could possibly understand. Either way, it isn't nearly enough.

Possibly the most dangerous part of our everyday lives is also the one we rely on heaviest. It's something you most likely use all the time. Almost every person in America uses one to get groceries, lose their virginity, and store bound and gagged kidnapping victims for quick and easy transport. I'm talking about the automobile, an invention that's destroyed more people than Hitler, zombies, robots, robot zombies, and robot zombie Hitlers with automated Jew-eating Kung Fu action cannons combined. Whoever came up with the idea of sending 2 tons of metal and 30 gallons of explosive fluid flying down a road at intense, cheetah-like speeds deserves a painful cheetah-like mauling. Since they are most likely already dead from a car accident or a previous mauling or a combination of the two, the point is moot.

The automobile, also known as the horseless carriage or "Tin Lizzie", has been hurting people since its inception in the early 1900s. What started out as a simple idea by childhood friends Henry Ford and Jesus Chrysler eventually snowballed into the diabolical creation of the Model T, the first car ever. Today, cars have evolved into a faster, deadlier form and come in a variety of dark, hard to see colors.

Here is a diagram of the inside workings of today's automobile to help clarify the danger you face when you step inside a car.

Besides these, your speeding coffin is also available with optional power windows, air conditioning, explosions, and pointy things at no extra cost to you.

Detroit, Michigan is where many of this country's cars are produced. It should come as no surprise then that Detroit is one of America's shittiest cities, rife with crime and crime related intrigue. Some companies located here are:

Dodge this car or be crushed

Saturn will kill you 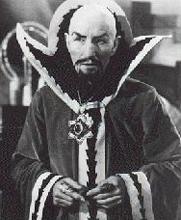 Ming the Merciless approves the use of the automobile.

Because of these companies, Detroit is a pollution filled, crime ridden wasteland much like the nightmare world created in any number of low budget Australian films during the 80s that could only afford to use the barren Australian desert as a set. Like "Young Einstein... Dundee".

One problem that makes cars even more hideously danger-filled is drunk driving, as practiced by such celebrities as Oksana Baiul and our very own President George W. Bush. At first, it's easy to point fingers and persecute these individuals, but maybe we should take a step back, as pointing too close may result in poked out eyes and genitals. Drunk driving is just a way people have of dealing with the intense danger they put themselves though. Just like soldiers in Vietnam would do drugs to forget the danger they were in from Charlie Chaplin, many people drink to dull their fear of being horribly mangled in an inadvertent game of chicken, a game which has less to do with actual chickens than it does with doom. 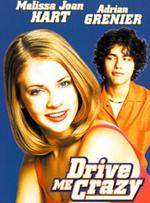 Several movies have been made about car-related insanity, like this horrifying epic

Brazenly, people flash their cars around like they're some sort of trophy. People who show off other expensive luxury items like poison and explosives hypocritically get sent to jail to rot like a rotting jail type person, or a piece of fruit, or a fruity guy that goes to jail and is forced to do "favors" on a daily basis to prevent horrible jail beatings with cans of rotting fruit. This is an outrage. It makes me hunger for justice, and also Del Monte. Anyone driving a fast car should be considered no less dangerous than a common murderer, or for that matter an uncommon mouseketeer with a hunger for the deadly type of chicken mentioned above.

Each year, cars kill more people than cancer, "gangstas", downs syndrome, Robert Downey Jr., cars, and pirates put together. Seafaring pirates, not those ultra deadly Napster pirates, or homosexuals, who are also known as "ass pirates" in certain circles. And yet people still seem to be buying cars more than ever, in spite of all this evidence. They like to speed around, thinking that they are the Flash. But they're not the Flash, and they need to learn that. Furthermore, they need to learn that the Flash was a pansy loser hero, whose only super power was to run away crying better than anyone. Fuck the flash, and fuck you and your cars, you're all a bunch of ass pirates.

Don't drink and drive kids! Especially if you actually are children, since drinking and driving is illegal for you!