Putting the Sex and Education into Sex Education 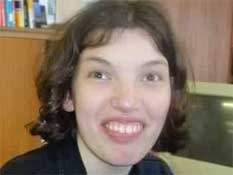 A product of our failed educational system. Don't stare at it too long or your brain will explode.

It's no secret that the American educational system is about as effective as using a bottle of Windex to clean up the charred remains of the World Trade Center. No matter how much money the government throws into educational funds, kids continually find new and exciting ways to become less intelligent. Knowing how the government tends to work, 90% of the money they spend on education probably ends up in the hands of completely unrelated agencies such as the National Association of Steam Engine Repair Technology or the popular Bureau of Mechanical Dancing Bears. Year after year the current presidential figure continually promises to spend more and more money on the educational system, a system which usually results in kids stabbing each other in the parking lot after class. Recent studies have shown that American students lack enough intelligence to compete in a global economy with smarter countries whose main export is "made on TV" products:

Although I am ashamed to admit it, I too am a result of our country's failed educational system. For example, my science teacher once attempted to convince me that intense exposure to radiation will result in cancer, disruptions of the central nervous system, and DNA damage. Now I know for a fact that this is pure bullshit; television has taught me time and time again that radiation either gives you special crimefighting powers or causes you to grow to 500 times your normal size. How's your precious little DNA going to be damaged when each strand has the thickness of an elm tree? I mean sure, somebody could take a sniper rifle and start picking off chunks of your DNA one bullet at a time, but I'd hardly call that a direct result of driving your Honda into a tanker truck hauling a few million gallons of radioactive waste. Plus if you get radioactive and you're near an insect or animal, you gain the strengths of that particular creature. I guess that also means that the animal receives your weakest traits, so be on the lookout for lazy spiders or pumas that really suck at parallel parking.

This ignorance of simple common sense and science has fueled countless investigative reports by various popular media outlets intent on emphasizing America's stupidity in between commercials for beer and their newest sitcom about four twenty-something year olds who live in the same apartment and get into hilarious situations due to simple and inept miscommunication. To highlight how bad this epidemic has become, take a look at the latest results from a series of basic questions asked to various American 18-year olds: 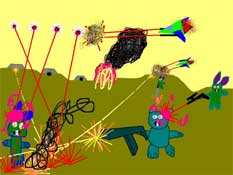 Instead of learning, our children are making horrible things like this and posting them on the Internet. 'Nuff said.

QUESTION 1: When did Christopher Columbus begin his voyage to the Americas?
CORRECT ANSWER: 1492.
MOST COMMON ANSWER: April.

QUESTION 2: Who was the Nazi German leader responsible for the deaths of millions of Jews in the 1930's and 1940's?
CORRECT ANSWER: Adolf Hitler.
MOST COMMON ANSWER: L. Ron Hubbard.

QUESTION 4: What is the most common element found in an average bar of gold?
CORRECT ANSWER: Gold.
MOST COMMON ANSWER: Soap.

QUESTION 5: What does the Earth rotate around in an elliptical orbit?
CORRECT ANSWER: The sun.
MOST COMMON ANSWER: Norrath.

As you can plainly tell, the American educational system is an obvious failure because these teenagers lack the basic, elementary, fundamental skills to cheat and look up any of the answers on Google.com. So it should come as no surprise to you when I link to the following article, "UC Berkeley Shuts Racy Sex-Ed Class Down."

The male sexuality class at the University of California, Berkeley was suspended after the student newspaper, the Daily Californian, reported that students in the course had taken part in an orgy at a class party and that another group of students chose to go to a strip club for their final project. During the field trip to the strip club, the students watched one of the student instructors have sex on stage, student Jessica McMahon told the student newspaper. At a party held to introduce the students, some took Polaroid pictures of their genitals to show that their bodies were not disgusting, UC Berkeley freshman Christy Kovacs told the Sacramento Bee.

Other "de-cal" courses include Blackjack, where students are taught how to count cards, and Copwatch, where students learn how to "safely and effectively assert their rights when interacting with police."

This is what your tax money is going towards, ladies and gentlemen! Well actually it really isn't, but the best way to get people all riled up and angry is to claim their tax money is going to pay for something incredibly worthless like strip club passes, group orgies, and missiles used to shoot down other missiles. If that shocking article wasn't shocking enough, and let me say that it most shockingly was, prepare to be shocked even more by another, more shocking revelation. I was able to swipe a copy of the UC Berkeley course schedule booklet for fall of 2001, and was simply appalled by the courses they offered by using YOUR TAX MONEY in some vague way! Here is a brief selection of classes that may disgust and horrify you. Oh yeah, and shock you too. 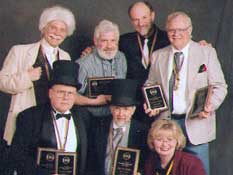 These people should be role models for our children instead of just being average, run of the mill mental patients .

How to Make a Living by Being Stupid (3 credits, MWF) - Learn how to earn money by being involved in ridiculous lawsuits resulting from your own stupidity. Students will be taught how to effectively slip and fall in the bathrooms of fast food restaurants, receive internal organ damage by deciding to not thoroughly chew tough food, and avoid any and all forms of common sense when using any tool that requires electricity to operate.

Introduction to Battle Rap (2 credits, TR)- One of the hottest sensations to sweep the "Internet Generation" is the fierce competition of battle rap where two contestants continually post impromptu raps declaring their superiority over each other on forums dedicated to DMX or Lil' Kim or Dragonball Z. This course details how to "think on your feet" in the heat of the moment and dish out "mad rhymes" over AOL. Semester finals cover how to strategically use the bold tag and make a sig file that is all text yet weighs over four megs in size.

Furries and Plushies: The World Within (2 credits, MF) - Students are introduced to the exciting and colorful world of furries and plushies, two groups of people who enjoy fantasizing about having sex with live or stuffed unnatural mutant animals. This course covers the "turn ons" of cartoon humanoid-shaped elk, how to successfully place penis-sized holes inside a Fievel Mousekewitz doll, and the joy of whining about how people "unfairly persecute" you when they claim you're a delusional sexual deviant who should be rounded up into a government-funded concentration camp. Students will take class field trips into the various basements that furries and plushies live in, interview them for their final project, and then examine their volumes of archived animal porn. No refunds are offered on this course.

With such worthless and trivial courses as these, it's no wonder that the youth of today are growing up to be the middle-aged people of tomorrow. The STUPID middle-aged people of tomorrow. And if our nation is populated by stupid middle-aged people then we can all look forward to a bleak and grave future, one populated with inane television shows, an inept government, and giant corporations that suddenly go bankrupt. So hell, I guess they can just go ahead and keep on teaching useless crap since nobody will be able to notice the difference anyway. At least the Bureau of Mechanical Dancing Bears will benefit.