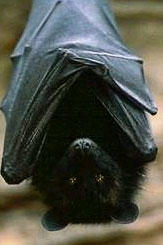 Pet me and you're going on a pain safari!It doesn’t take a detective or someone who owns a magnifying glass to see that the world is a truly scary place. For starters, we've got foreign fanatics who look at blowing themselves up into tiny cereal-sized chunks as both a valid way of winning a debate and the super fast and super fun express escalator to heaven. Then, we've got the smarter terrorists who do crazy things like send poison hate mail to various news anchors in hopes they'll read it and feel really bad about their work. Oh, and then die of anthrax poisoning. Sadly, evil also takes on many forms and can't always easily be blamed on people who aren't from America. I don't mean domestic terrorism, either. I'm talking about things like furries. Right now somewhere out there is an 18-year-old kid sliding into his homemade raccoon suit so he can go out and dry hump his neighbor who is probably dressed as a horse or something. That's pretty scary. Then, let's not forget that there are those crazy millionaires all over the country kidnapping girls and tying them to train tracks for who knows what dastardly purposes. But above all the scary things I just mentioned rests a level of terror unattainable by man. I'm talking about nature's answer to terror. Not just regular terror, but the kind of terror that circumvents your bowel controls and lets loose an all-encompassing blast of panic in your shorts.

If I were to romanticize bats in the way some kids romanticize their favorite cartoon characters, bats are to terror what hot naked women are to sensuality. Yes, they're the final answer, Regis! In fact, I often wonder what it would be like if I were to stumble into a bat cave late at night. It's most certain that my clothing would be torn and tattered and the inviting aroma of my nubile man-blood would attract a fine bat to terrorize me. Only, instead of terrorizing me it would nestle up close to me like I was some kind of fleshy bat nest. As we'd make sweet man-on-bat love, my eyes would water from all the sensations. Of course my bat companion would be dealing with a throbbing deluge of love pings on her sexy bat sonar! But I'm not going to romanticize bats that way. You're still welcome to enjoy the visual treat I just provided you with. Oh yes, you're quite welcome!

The real nitty-gritty is that bats are goddamn creepy. I don't think you can make a better case for supreme creepiness. Really, no other animal on this planet can fairly compete with the brooding savagery of the bats. Bats are the indisputable height of natural living, breathing terror. Lets take a look at why:

Bats Sleep Upside Down
Short of sleeping in the middle of a cauldron of fire, I can't think of a more extreme way to sleep. Does Tony Hawk sleep this way? No! That sorry sack of potato skins probably has a racecar bed he sleeps on. No doubt he sleeps horizontally on it as well. Bats sleep upside down hanging from slimy rocks.

Bats Live in the Dark
Bats are so serious about being creepy that they live perpetually inside dark caves where they congregate and look evil as the dickens. That's right, the dickens. You don't have to be a penis seismologist to know how much weight that carries with it!

Bats Bite
Those little bastards have fangs like freaking nails and they're more than happy to dig them into your skin like it was drywall and then hang a scar on your flesh.

Bats Carry Diseases
Bats are ripe, juicy disease-ridden fruits just waiting a chance to get close to you. Forget trying to bite the head off a bat. If that's your approach to life, you might as well just take a bite out of Magic Johnson. Let's see how far that gets you, Batbiter McGee.

Holy Hell! They're Flying Rats!
Rats are creepy as is, but when you take away the vision and add sonar, wings, and a goth lifestyle, you've got pure undeniable horror. You stand in the way of a swarm of bats and you can expect to get horsewhipped to tarnation, boy! Them sons of bitches will box your ears. 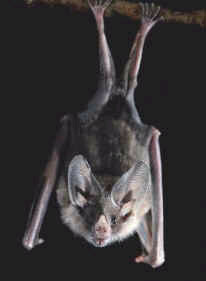 This cute little guy is a rat with wings, fangs, and freaking sonar!The good thing about bats is that they're mostly isolated away in places humans fear to live. This works out to our benefit, because obviously living with bats would prove to be unpleasant and stressful. In fact, if you're planning on moving somewhere you should always verify that it is one of our nation's many Bat Free Zones. Know the facts, and make sure you aren't moving to an area bats are likely to live in. Those fiendish creatures are known to make residence of the following habitats:

Caves
In the elitist world of bat society, the cave is a castle. All bats that are familiar with Maslow's Hierarchy of Needs will recognize finding quality shelter as one of the essential components on the road to becoming self-actualized. The cave is the most ideal of all shelters; thusly it is the most popular.

Bell Towers
If a cave is unavailable, bats tend to predictably end up in bell towers. There they rest in peaceful slumber until the bells sound. When that happens, it's the kind of hellish flight Meatloaf would sing a song about if only people knew he still existed.

Defiled Churches and Labyrinths
Archaic structures that have been perverted by evil provide an excellent den for bats to live in. The dark, suspenseful atmosphere creates the perfect kind of tension needed for a bat's home life. Stay away from these places, as they're a skinned elbow or stubbed toe just waiting to happen.

Dark Forests of the Damned
Some adventurous bats will take up residence outdoors, particularly in those forests that have been besmirched by the forces of darkness. Avoid these forests at all costs. If you absolutely have to cross through them, send your children through first to sort of, you know, test the waters.

Although you might think irony would be on your side, none of the aforementioned places are ideal for living or even vacationing. Not even for short afternoon picnics. It's best just to avoid the various bat lairs altogether.

If you still don't believe bats are creepy, all you need to know is that Adam West used to dress up as a bat and that while dressed as a bat he teamed up with a scantly clad boy to fight various flamboyant villains. Clearly, only sexual deviants can identify with bats.

Now stay the hell away from bats, damnit!

Helen's Got Some More Advice

That lovable Helen Gunther is back with more helpful advice for the confused and/or misguided. Helen's delicious brand of homespun wisdom is sure to set you straight on the path to clean, honest living! Okay maybe not that, but at least something distinctly similar. Here's a cunning glimpse of the kind of questions Helen will be tackling:

I've read your column for some time now, and you're advice has helped me in many a case. Now I need your advice in a matter that has been bothering me lately. I often find myself invited to my neighbour for dinner and a smashing game of Solitaire. But every darn time I have some of their famous "5 Alarm Chili" my stomach gets upset and gives me plenty of trouble when I go to visit the toilet before the game of Solitaire. I like my neighbours and I don't want to upset their feeling by saying no to the free meal. What can I do?

For the mysterious conclusion, take a peak at Helen's latest column!