I'm Your Next American Idol 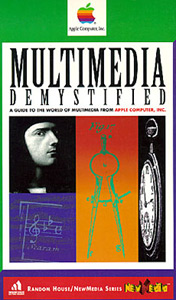 This Update Has Multimedia!!!Somehow Lowtax hoodwinked me into doing an update for his "edgy" little glorified LiveJournal of a web site tonight, but the joke's on him: I'm not going to write anything original, I'm just going to slap up some of the old horrible MP3's I have festering away on my hard drive.

Now in 1996, back when I started vomiting things onto the Internet, this kind of thing would be pretty cool. Multimedia was still considered "neat" and "a swell time." But these days there's nothing "far out" about some nerd screeching into microphone and encoding it with Fraunhofer compression. It's been done.

Besides, all bad singing is now compared to American Idol's William Hung, which is a load of crap. The entire concept of American Idol is just a bunch of mularky with cheese, and I'm not even saying that because I'm bitter about them rejecting me at my audition for the show last year. I absolutely nailed my song, it was an up-tempo, jazz-fused rendition of NWA's "Fuck Tha Police. " They told me the song was an "inappropriate choice" which to me was just a nice way of saying "we're racist."

So here's some "groovy" tunes to download to your trendy little iPod, you hipster scumbags:

Elton John - Something About the Way You Look Tonight

Theme to that Star Trek show that got canceled and blew

I don't know where Carmen Sandiego is, OK?!

Something to do with IBM, not positive

My School Report on the Roman Empire

A Reading of an Actual SomethingAwful Games Forum Post

I have a golden voice, it's like an angel with a trumpet crammed down his throat.