The Real Truth About the Malaysian Airlines Crash in East Ukraine

You may have heard the news yesterday of the downed Malaysian Airlines flight that crashed in East Ukraine. The Pentagon and the Ukrainian Junta government want you to believe that Russian-backed rebels fired those missiles. But the truth is far different. The truth will give you a whole new prism through which to view this entire conflict and it involves Israel and Libya. 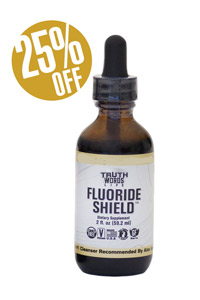 But first, have you been feeling sick, sapped of energy and much more docile than usual?

It's not just you. This whole nation is dealing with the effects of fluoride contamination. This deadly additive is being distributed to pacify and simplify the population. But Alven Jones and the TruthWords Store are proud to offer Fluoride Shield, a simple solution to detoxify your water supply. Working in much the same way as colloidal silver counteracts chemtrails, these drops will overwhelm fluoride compounds and help restore the healthful non-toxic water that nature has provided us with.

Back to Ukraine. According to sources at the Pentagon, a US spy satellite witnessed the launching of the surface to air missile and may have even seen the subsequent impact. When pressed as to why a US satellite just happened to be in the area at the time, our reporter was escorted out of the room while screaming TruthWords.biz. That's not an answer, Mr. President. I guess we'll have to keep dreaming if we want the truth from our government.

For those of you who think that yesterday's start of the Israeli offensive against Gaza just happened to be at the same time as this plane crashed in Ukraine, we have another theory. And it's something that should have you worried.

Do you and your family also worry about toxins from solar cells? What about the magnetic contamination caused by too many smart phones? Sure, be worried, but did you know that the air in your house has more pollutants than the air outside your house? It's true. And if you are willing to live like that, breathing cat farts and computer ions, then you are probably not a patriot.

However, if you want to suck in a couple All-American lungfuls of USA prime toxin-free air. Our new, 100% natural and doctor-verified liquid Lung Cleanse will remove 99.99% of the toxins located in your house. 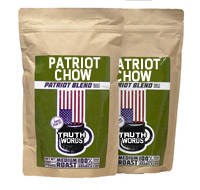 Speaking of worries...are you worried about what you are going to eat when society finally breaks down? You can only loot so much from your neighbors and capture so many FEMA convoys before THEY realize where your bunker is located and how to disarm YOUR flame traps. You can't even guarantee the packs of mutant psychos roaming the post-Fukushima wasteland are edible.

That's why you need a nutritious supply of food for you and your family that will remain shelf-stable for up to 10 years. Alven Jones, in cooperation with several food experts at a well-respected grocery store, is proud to offer Patriot Chow. Each of these packets of food is a complete breakfast containing oats, powdered milk, cinnamon and all-natural dehydrated fruit. This is exactly the sort of thing Quaker uses in their oatmeal packets, exactly, but these packets are plastic and say Patriot Chow on them.

Want to know what really happened in East Ukraine?

Sign up for our TRUTH BLAST and get the TRUTH that THEY don't want you to know! My friends, knowledge is power, and you can have the real knowledge about what happened to the Malaysian Airlines flight over East Ukraine. No media hypnotism, no government dissembling. Alven has the truth. He will give you all the info about the connection to Israel, the missing Libyan missiles, and answers about why a US spy satellite was focused directly on Eastern Ukraine. This is shocking firsthand information you won't hear anywhere else. Available now for only $9.99. Order today and receive a free sample-size vial of Fluoride Shield to start fighting fluoride in your children immediately. 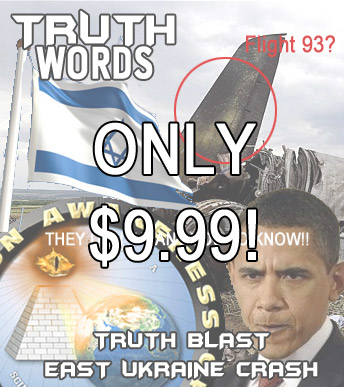