There were no good pizzas nearby. After developing my own home made dough and sauce through trial and error for several months, there continued to be no good pizzas.

But soon the dough evolved from a dense, snow white hell cracker into something that rose and turned golden. Then my sauce started to taste more like sauce than olive oil backwash paste. Eventually I figured out that a slice of fresh mozzarella shouldn't be thicker than the spine of Infinite Jest.

Now I can make a fantastic pizza and prepare nearly five other things from scratch, and only one of those other things uses pizza dough and sauce. Making real food is fun. It tends to be cheaper and healthier than anything you'll get in a box or can, and it's a great way to distract yourself from the ever-growing specter of death for a few hours. 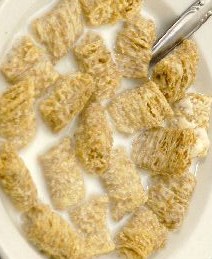 I'm just the world's greatest beginner. Nothing more. If anyone reading this has less experience than me, though, some of the lessons I've learned might come in handy.

In the old days, recipes were hard to come by. You basically had to inherit a collection that had been passed down between generations of your family or hope that someday you would happen upon a cache of recipes in a shoebox buried in the woods.

Now we have the internet. Instant access to all the information you could ever need makes most tasks trivial, including the hunt for recipes. All you have to do is run a search for "recipe store" then drive on down to the nearest one and buy all the recipes you can afford.

Prepare your ingredients. Disrobe. Step into your rubber suit. Pour salt in a perfect unbroken circle around your kitchen. Standing inside the circle, press your index and middle fingers together then touch them against the line of salt while moaning the incantation.

Dealing With the Authorities

A sharp knock comes from the front door. They're here. Activate the delayed magnesium charges and pray that they do their job.

Have you been spotted yet? If not, quietly slip out the back. If there's even the smallest chance that they have seen you, there's no time for subtlety. Light yourself on fire and do a forward flip through your front window.

They will be stunned, the compulsion to put out the flames momentarily battling with their duty to arrest you. Take advantage of the situation and keep running.

Hiding In a Ditch

Eventually you will come to a ditch. Jump in it and hide.

Did you remember to bring a paring knife? a cleaver? If not, a rock with a relatively sharp surface will have to do. There is no easy way to do this. It's just something you have to find the will for. When it's all over, no one will recognize you.

This Ditch Is Your Home Now

Lay flat on your back. Hold your arms up and folded in, as if you were plugging your ears, but keep your hands loosely positioned on each corner of your mouth.

Sediment will gradually collect. Let it bury you, but with very slight movements use your hands to clear the accumulated dirt and mud away from your mouth. With this orifice you can breathe and drink rain water. With practice you will be able to wiggle your fingers to vibrate the sediment and knock bugs into your open mouth. Now you have it all.

Sleep as much as you can. Hum at all other times so that you know you are awake. Resist all urges. The second decade will be slightly easier, so occupy yourself with fantasies about those years.