A clan of primates squabble in the dust of a prehistoric boneyard, unaware of the potential tools that surround them as they bite and claw at one another. This barbaric scene is interrupted by the arrival of a towering rectangular object they have never seen before: a monolithic banner ad for ClassMates.com. In a moment of inspiration, one primate reaches for a nearby femur. As he cornholes himself with the bone, he places his free hand on his head with the index and middle finger splayed upwards in a crude impersonation of a fox's ears.

This is the dawn of a new history, where the internet as we know it predates civilization. 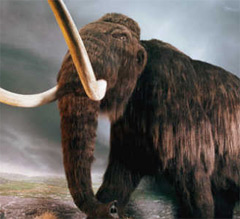 Early tribes of men read accounts of the wooly mammoth's extinction on academic newsgroups, then set out to prove that these claims are inaccurate by capturing one of the beasts. Unfortunately, mammoths prove to be violent when surrounded by torches and nets.

Although the end of every expedition leads to the men killing mammoths in self defense, they press on for the sake of science.

After visiting the USDA's website, Pharaoh Djoser commissions Imhotep to create a miniature replica of the food pyramid which the ruler can refer to while maintaining a healthy diet. When the project is finished 27 years later, Djoser is dismayed to learn that his e-mail client's spellcheck feature turned his original request for a "6.2 centimeter tall" pyramid into one that is "62 meters tall" and that meters and centimeters will not be invented for centuries.

A young Socrates putzes around on HowStuffWorks.com for a few hours, gaining a new understanding of seatbelt harnesses and DVD lasers, but finding himself disheartened by the lack of an entry for "everything". He spends the rest of the afternoon in deep thought.

After an intense bidding war, Nero wins an auction for an eBook that details the process of making fiddle amplifiers that are powered by fire and straw.

At the impressionable age of 12 Genghis Khan plays a variety of web-based games, including flash versions of Doom and Scrabble. He goes on to lead a series of violent campaigns against rival tribes and empires.

Henry VIII watches a clip from Futurama on YouTube and is wildly entertained by the antics of the preserved heads of the Beastie Boys and Richard Nixon. Fascinated by the concept, the king takes a mental note. 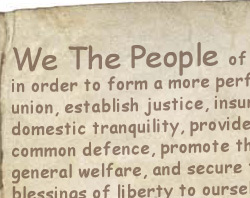 With a wealth of knowledge at their fingertips, the founding fathers of the United States craft a constitution that bears little resemblance to the one we're familiar with due to their use of the Comic Sans font.

On the evening before his fateful battle at Waterloo, Napoleon Bonaparte researches the outcome of the conflict on Wikipedia. After tagging the phrase "Napoleon was a douchenozzle" as Citation Needed, the diminutive general adjusts his strategy by meeting with his bookie and placing all the money he had initially wagered on the French army on the United Kingdom.

Following Mapquest instructions that read "At iceberg go straight for 3 miles", the navigator of the Titanic sends 1,517 of the ship's passengers and crew to a watery grave.

Thanks a marketing blitz combined word of mouth on internet message boards, Dean Kamen's Segway becomes the most sought-after consumer product in the world upon its release. The invention replaces automobiles, airplanes, boats, horses, feet and the Slip N' Slide as the only form of transportation that humans come to rely upon. With the fortunes he receives, Kamen sets to developing a unique battle-ready Segway prototype that he codenames Bartleby. Three years later, Kamen mounts Bartleby and defeats a long-dormant dragon on the slopes of Krakatoa. He descends from the mountian with the Crystal Of Tranquility, which grants all the people of Earth everlasting life and happiness.