New Additions to the Island of Misfit Toys

In 1964, the beloved TV special Rudolph the Red-Nosed Reindeer introduced us to The Island of Misfit Toys. Shut off completely from the modern world, this makeshift leper colony housed the doomed souls who committed the sin of being too unprofitable to exist within a Capitalist society. It's been over 50 years since this special aired, so it's only natural to assume new freaks have found a home on this remote island destined to be evaporated by nuclear weapons testing. 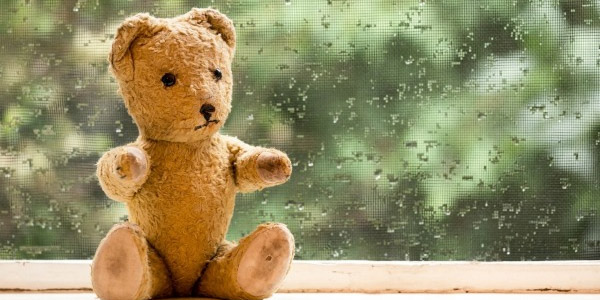 Typically found wedged between a filthy wall and a Goodwill toy shelf, no one can truly say what decade Randolph the Musty Plush comes from. Too dirty to be played with, and too fragile to be machine-washed, Randolph exists in a sort of "toy limbo" that persists because Toy Story 3 poisoned a culture into feeling guilty about throwing stuffed animals away. So Randolph has no choice but to walk the earth, slowly collecting spores, tears, and nests of small insects until the one merciful day it can finally disintegrate in a light breeze. Merry Christmas! 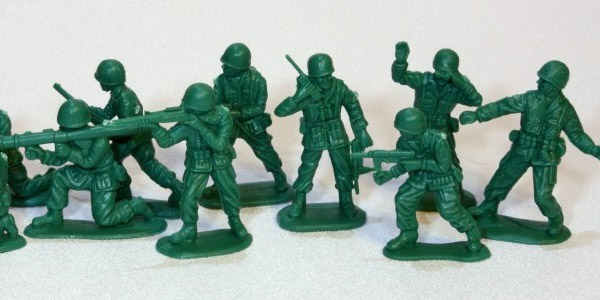 Ten-hut! This collection of stalwart soldiers has been on many adventures, from trudging through makeshift trenches in backyards to marching directly down the soft tracheas of toddlers. Unfortunately, their lickable textures and windpipe-snagging bayonetts removed them from the realm of normal playthings decades ago. Previously, toys like The Choking Hazard Gang taught children important lessons vital for American life, like "no one will ever help you," and "life is arbitrary and all is chaos." The only silver lining to The Choking Hazard Gang's home on The Island of Misfit Toys? They escaped being a Baby Boomer nostalgia piece, a much worse fate than having to hear about "A Dolly for Sue's" weepy abandonment issues every day. 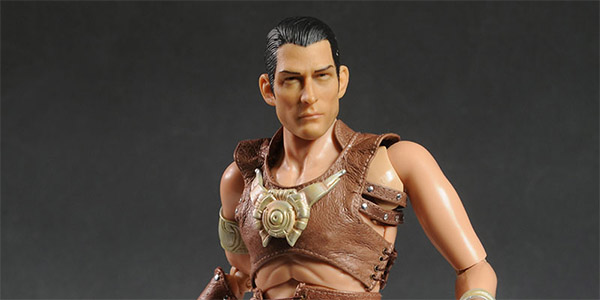 Question Marks, the Man from the Forgotten IP

Question Marks' creators had big plans for him. During the brief window of time anyone could remember his name, the folks who dreamed him up thought he'd accompany millions of children on their backyard adventures of imagination and wonderment. But things don't always work out as planned. Due to unforeseen circumstances, no one can remember what property Question Marks originates from, outside of the fact that it's regularly found in the checkout aisle sandwiched between Tyler Perry movies and improperly restocked King Size Snickers bars. Some say he's destined to reappear in a made-for-Crackle original movie, which isn't much different than not existing at all. 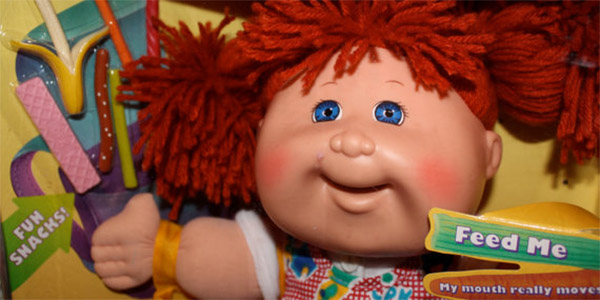 No one really knows where Florence, the Hair-Eating Doll came from, but the overwhelming impulse that consumes her life is unmistakable. Bestowed with the ability to chew by her ignorant creators, Florence's hunger for plastic French fries soon turned into an unbridled lust for child hair and flesh once a stray braid came too close to her ever-chewing jaw. Some say Florence's chest cavity is filled with the blood-matted hair and scalp pieces of children who dared to love her. No one can verify this, though, as the other Misfit Toys force her to live inside of a thick snow bank since the sound of incessantly grinding plastic gears isn't soothing once you've run out of things to talk about. 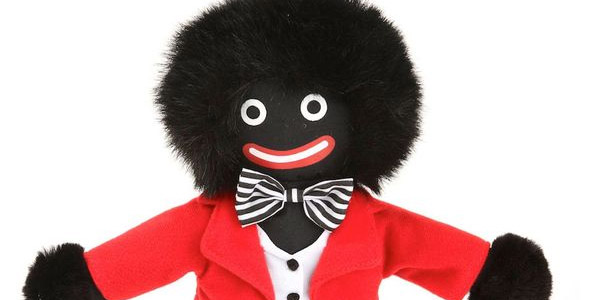 More than any other Misfit Toy, Daryll spends every waking hour constantly questioning his place in life. Decades ago, he and his brothers were the Minions of their time, albeit considerably less offensive. Yet, as the grandmas of the world started dying off, Darylls worldwide found themselves relegated to antique shops and The South, exclusively. But things may soon turn around for Daryll, as the new cultural climate of America has found him appearing in online avatars previously occupied by anime Nazis. Regardless of whether or not your racism is ironic or sincere, it's still money in the bank.