Your Cold, Dead Kids Can't Keep These Guns Out of my Warm Hands 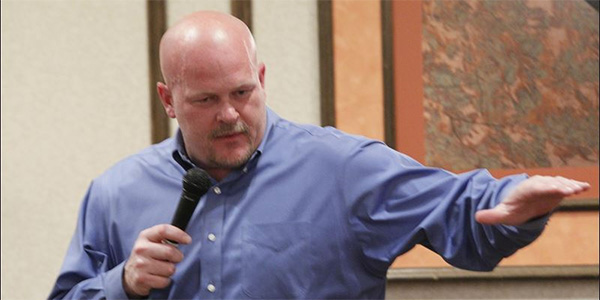 When I heard the news about the incident in Santa Barbara, I could only roll my eyes and say "Here we go again!" After all the tragedies we've overcome in recent years, I wasn't sure if I was ready to face another one. I'd spent the past 20 minutes sawing through a hot, beefy turd -- that's plumber lingo for human feces -- when the news slipped out of El Rushbo's mouth between several commercials about investing in gold: The liberals found another damned reason to take our guns away. Here we go again!

You might think I'm callous for ignoring the senseless violence that took the lives of six college students, but mark my words: As a father, plumber, and a man, I understand the necessity of sacrifice. If one of Obama's government spooks showed up at my house and gave me a choice between my son's life and the contents of my gun room, well, the boy would understand that I could put him down clean and easy -- one shot, one kill. And thanks to the random mock executions I perform to show him I'm still the "man of the house," there's plenty of self-dug graves in the backyard that would make the perfect fit for a little upstarts who like to make jokes about daddy's "shiny" head. A few moved piles of dirt later, and I'd be back to the constant gun maintenance that's kept these hands of mine busy since the divorce.

Believe you me, when I watched the online video of that little twerp, Elliot Rodger, I got steamed. Steamed to hell and back. If only that shooting didn't happen in namby-pamby California, home of fruits and nuts! I can only imagine how differently things would have played out if a responsible gun-owning American wasn't bullied out of exercising his unalienable rights in that French bathhouse of a state. Why, if I was at the scene, you bet I would have blasted two perfect holes through that creep's back tires, slid across the hood of his BMW, and vaporized his brain stem within the course of .02 seconds. Then I would have taken several comical pictures with the corpse, as the Founding Fathers intended, until the inevitable parade or parades in my honor. It's Gun Ownership 101, people. 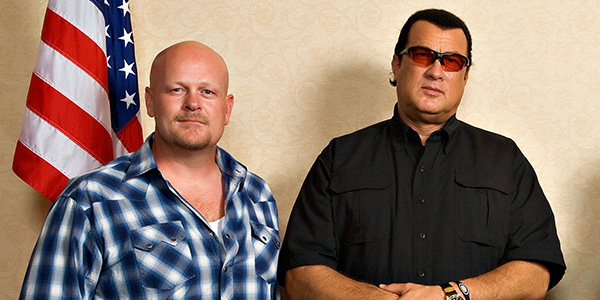 Now, before you call me heartless, if I had the chance, I'd buy all of those mourning parents a beer -- or maybe a pitcher, because that could be more cost-effective. That is, if it's even legal to serve Budweiser in California! I'd look at them, stare them right in the eyes, and say "Listen, I can't even pretend to know what you're going through. But the death of your children does not erase my right to protect my suburban compound from the relentless threats it face every day." What the outside world sees as census takers and kids selling band candy, I see as violent interruptions to a peaceful life spent sitting with the curtains drawn, wondering what it would be like if I didn't confront a presidential candidate about the risks of running a business that would never exist. Some months I forget to pay the heating bill, but the Jack keeps me plenty warm.

Besides, I think we're forgetting one simple fact: Elliot Rodgers also killed three people with a machete! So, excuse me, Mr. Dead Kid Dad, if I don't question your intentions. If you're so concerned about gun violence, then why don't I hear you speak out against machete violence, which wounds up to five people per year in North America alone through something called "Jason Voorhees cosplay?" And just take a look at my plumber's tools -- I bet you could do some real damage with these! Why, this turd spreader alone could cleave a man's head in two -- and don't think I haven't considered it. Sometimes, when I'm filling the turd drill up with kerosene, I imagine how fast the bit could tear through a human skull and the dark fantasies are so overwhelming I have to strip completely naked and lay motionless for hours until the throbbing stops. Those are the days I don't go far beyond the turd winch.

So yeah, in summation -- your kids' lives: Pretty important. My right to prepare for the inevitable home invasions that befall honest, hardworking Americans with a taste for designer couches: Don't even get me started. I don't spend hours behind a turd-sifter every day just so some animal thug can wipe his city filth all over my VIG Chesterfield leather sofa. Oh yeah, and, uh, my condolences.