I'm here about the open position within your company. Wait, say no more. I apologize for cutting you off but I must insist that you hear all of my qualifications before you make your decision.

First of all I'm physically fit. My muscles have muscles, and they beat the shit out of the smaller muscles on a regular basis whenever I am not beating up the larger muscles. I'd almost say that my body is a microcosm of life, but there is no way I'd describe any part of my body as "micro". My blood cells are the size of dinner plates, and my penis is the size of a shrimp fork.

My skin is capable of deflecting almost every wind I encounter. On the off chance that a fierce wind punctures my skin, I have been blessed with a mutant gene which clots my blood and keeps it from spilling out until I die. Sound waves have little to no effect on my complexion.

Heavy objects make me laugh, not because I find their weight trivial compared to my lifting capacity but because they're just sorta funny. Come on, a couch? Ha ha, what the heck? I've been known to bend metal street signs and snap telephone poles in two for practically no reason while driving home from the bar. Just imagine what such raw, unbridled power could do to help a business. It would be worth my salary just to have someone around that could easily lift one of those chairs that has wheels on its legs and move it wherever you want.

My dapper suit, does it intimidate you? Does it make your cheeks flush with shame at your own ill-considered outfit? It should. 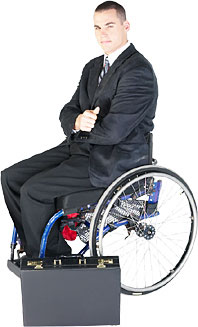 This suit is made of 100% Euclidean silk, the Euclid being a rare silkworm that grows to nearly twice the size of an adult human. This worm is exclusively found in a tiny Paraguayan village so primitive that it has no name, and it only produces silk under very specific circumstances. The Euclid must be invited to dinner in one of the village's huts, seated at the head of the table, and served a perfectly prepared foie gras with a side of franks n' beans while highly experimental jazz is played on a stereo. If all goes well, the evening will culminate with the Euclid expunging thirty pounds of its silk on the faces of its gracious hosts in pure bliss. If all does not go well, the Euclid will write a very nasty letter about the experience to the local newspaper. As you can imagine this is a frightening ordeal for the villagers involved.

I wear suits such as this one everywhere I go, for one can never be too sophisticated. Important meetings, funerals, monster truck rallies, swimming pools, etc. Upon coming home each day I burn the suit I've been wearing and take a photograph of the pyre, then send that photograph to the Paraguayan villagers so that they never forget who is in charge. My instincts are impeccable when it comes to dealing with personnel.

You're looking at me strangely, with awe if I'm not mistaken. It's not the suit, so perhaps it's my good looks? I've been known to stop traffic on many an occasion. I find that blocking an intersection with my car then standing on my hood and slowly turning in a circle affords everyone a good view of my stunning features.

I'm approached all the time by people who want to get close to me, facetiously asking me to leave them alone or to stop sleeping on the bench because it's public property. Women and men alike are constantly throwing themselves at me, always with weapons in their hands, but I rebuff their advances. A man such as myself has no time for the pleasures of physical contact with others when there is business to attend to. My work ethic is second to none.

There is much more to me than my appearance. Take, for example, my exceedingly handsome brain. The average human uses approximately 10% of their brain's full capacity. Now that's not too bad, but I've managed to do better. My brain currently operates at a stunning 3% of its full capacity. I've streamlined the whole operation for maximum efficiency. There are no random thoughts cluttering up the thinking process, no bloat, no synapses firing when they don't have to. It's really quite fascinating. Aside from overseeing the most basic lower level functions of my body such as breathing, there's practically no brain activity whatsoever. If I'm able to squeeze that much efficiency out of an organ as complex as the human brain, imagine what I could do to a workplace.

I'm very skilled at communicating with others, and have an uncanny ability to relay my message in a clear manner. For example, one time I drank an entire gallon of milk. I can even wrap Christmas and birthday presents perfectly without using tape. So there you go.

I am also a dedicated individual who will never give up. When I was thirteen years old I decided to build an airplane in my backyard. I borrowed my father's tools and began rummaging through my house and the local junkyard for parts. Over the next five years I toiled on the project every weekend and every night after school. On the day I graduated from high school I brought all of my friends and family into the backyard to unveil my creation. Although it had no wings or cockpit to speak of and was mostly composed of rotting meat, none of that mattered. What mattered was that after all this time I had spent on the airplane, it probably just needed a spark plug to fly. I know cars need those.

Finally there is my keen sense of perception. I can watch television for hours at a time without a break of any sort. I'm so perceptive that I can see things that aren't even there when I'm driving home from the bar. All in all I'd say my observational skills are the most important asset I have to offer.

What do you say, sir? Give me a chance and you won't be sorry. Oh. I see. So I just drive past the second drive-thru window, then go in and ask for the manager?