Stuff You Will Hate!

Last week's loving feeling is gone, and now I'm back to discussing horrible music and the degree to which it makes me want to die. Apparently, though, some spirit of generous camaraderie remains, because I've agreed to willingly associate with someone who actively champions Brokencyde and Hollywood Undead. Sergeant D alternates between making fun of retarded shit (at The Metal Inquisition) and embracing it (at Stuff You Will Hate). Our torture pact involved exchanging videos that would make each other miserable. Of course he liked one of his. 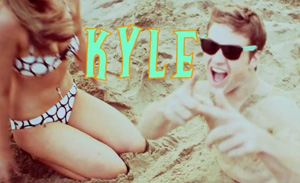 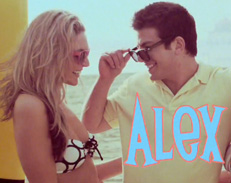 Sgt. D: This is a great pop-punk song, but what makes me really love Fight Fair is that they're douchey creeps, just like me. Let me explain. All my friends and co-workers know that I am a huge bro/douche, but they don't understand that all douches are not created equal. I call this phenomenon "Wrong Kind of Douche." For example, sometimes they'll ask me "Dude, do you know that guy Asher Roth? You must love him, he's a total douche." And I say, "Ugh, fuck no -- wrong kind of douche!"

Let's compare him to, say, Brokencyde. Those guys are douches, but they're also legit fuck-ups who will be lucky to get jobs at gas stations when their musical "careers" are over. Asher Roth will probably get an MBA from Cornell or some shit and be a brand manager at Procter & Gamble. It's all optional for him, just a cute little phase to outgrow. He'll only mention that he's "a rapper" when he wants to fuck his young secretary. On the other hand, the train wrecks from Brokencyde act like moronic losers because that's the only way they know how to roll. I can get behind that.

Under the heading of "creeps," there are again two varieties -- gross, "I want to rape you in my van" creeps, and charming creeps who will smile, crack a joke, and talk the panties off your sister before she even knows what's happening. Fight Fair and I fit into the second category, which is why I understand them. Maybe the singer and I can be hella mass tight bros someday. We'll cruise the mall and holler at the girls coming out of Zumiez with new Roxy bikinis in their hands. 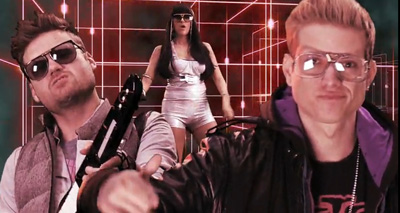 GD: As a corollary to the Wrong Douche Phenomenon, Hyper Crush exemplifies the Fake Douche fraud, perpetrated by people who act like cheesy fucks when they're really just boring dorks. The one who looks like Vanilla Ice breaks character in this video by wearing what's either a Misfits shirt or a knowing appropriation of the Misfits logo underneath his bogus bling. He also sneaks 3rd Bass and Mr. T references between all the "move, chick" and "bounce, baby" bullshit, as if he were nudging the viewer to say "Psst, don't worry guys, I'm secretly cool!" Fuck off.

If these guys were actual douches, they'd be keytar-tapping their way to a spot on YouTube's hundreds of "Top 10 Br00tal Keyboard Breakdowns" lists instead of ripping off Daft Punk and writing nerdcore raps that are too stupid for real nerds and too geeky for anyone else. Hyper Crush attempts to distract people from its horrible dance music by flaunting an attractive female member. It's like the Black Eyed Peas, except for the attractive female member part. 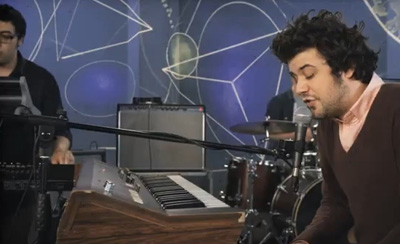 What if Belushi stopped smashing acoustic guitars and learned to love wuss music?

Sgt. D: This is music for beardos with pot bellies and a live-in girlfriend. To borrow a line from Henry Rollins, starting a band like this is like breaking into your parents' liquor cabinet and drinking the light beer. Why are these fucking assholes smiling so much? Does it feel THAT GOOD to prance around in a sweater and glasses? Did they just see a life-affirming independent film about how amazing poor people and retards are? Maybe they're thinking about all the cool stuff they just bought off Etsy, or how much better they feel about themselves now that they've switched to Fair Trade Coffee, I don't know.

The only thing I don't hate about this is that it reminds me of the stuff indie girls play on their Macbook when they fuck. In addition to playing soothing indie rock from their crappy laptop speakers, they also like to keep water by their beds, often in a Perrier bottle that they refill. It's so common that I think they must hand out a pamphlet titled something like, "So You've Decided To Put Out: An Indie Girl's Guide To Humping Strangers."

Two wiggers and a funeral.

GD: What "I'm on a Boat" did to Autotuned R&B, the "Day of Mourning" video does unintentionally to tough-guy deathcore. Given that it's more of a farce than most parodies, someone involved in its production must have realized it was fucking hilarious. I can imagine the director's instructions: "Yes, wear the 'Deez Nuts' shirt, the contrast between the tragic graveside scenes and the whimsical slogan will be poignant!" And "I'm going to play some nü-metal during the performance scenes, and I want you to gesture and altogether behave as though that's the music that's really accompanying the video. I'll change the soundtrack in post-production. The effect will be transcendent! What? Oh no, you can evade any rap-metal stigma, as long as you wear your baseball caps with the bills facing forward." Then I can see him stuffing a towel in his mouth and grinding his teeth through the threads as he tries to stave off hysterics.

I don't understand how half this band isn't constantly trying to kill the other half. Specifically, everyone who plays an instrument must be plotting to slay those fucking laughingstock vocalists who turn every video and live show into an unwitting comedy routine. Despised Icon fares better when they throw a bunch of weird Freemason-type shit at the screen (eye inside a pyramid! a tree that spurts black blood and dollar signs when chopped!) like they did during the "Furtive Monologue" video, but even then one of the singers (they're completely indistinguishable in this clip) steals the show starting at 0:46 with some stuck-pig squealing. It's like the sound a growl makes when it tries to scream.