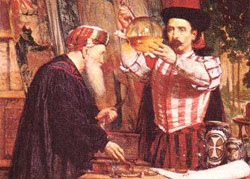 First entry in the new log book. How many have I filled up now, six? With any luck this one will be the last.

Maybe I've subconsciously whipped myself up into a state of false optimism to compensate for my recent failures, but I cannot shake the feeling that the answer is finally within my grasp. If I can become the first man to synthesize gold, all these years will not have been wasted.

Either way, I won't get anywhere if I continue to fill up this book with my self-indulgent scribbling instead of setting about my work. As poor old Schnidtweizer used to say before his throat was turned to stone, "It's alchemizin' time!"

Result: Total disaster. Upon introducing the skin to an oxygen-rich container with RORA (my remotely operated robotic arm), a tremendous explosion rocked the laboratory.

After the bodies of my assistants were taken away by the hazmat team and my ears were sufficiently plugged with cotton to slow the steady trickle of blood, I surveyed the aftermath. No sign of either sample, or of anything else for that matter. Everything within fifteen feet of the incident had been vaporized.

Observations: There's not much to take away from this one besides "don't ever do that again". Damn. I thought I was on to something.


Result: I found myself enveloped by what I can only describe as some sort of whale-sized undulating meatball made of purple light, which teleported me to the lost city of Atlantis. This might have also transported me through time, although I cannot be sure as the Atlanteans were completely naked and their incredible technologies seemed to be made of actual meatballs.

Observed multitudes of flying meatball cars, meatball-based televisions, meatball robots, and one regular robot. People seemed to go out of their way to push him to the ground and spit on him as he attempted to go about his business.

With every undulation, my meatball contracted in size. In time - no more than fifteen minutes by my approximation - it was barely larger than me. It continued to shrink, forcing me to ball up in the fetal position before it finally ruptured, depositing me on the floor of my new lab in a patina of cosmic meatball placenta.

Observations: Total waste of my time. 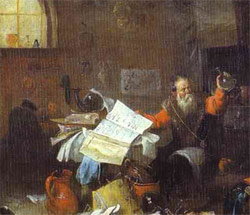 Result: In a repeat of the peanut butter and jelly experiment, the mixture summoned a genie who insisted on granting me three wishes. I told the genie my first wish was that he would turn his back to me, then I grabbed a beaker by the neck and broke the bottom against the wall. Plunging the jagged shards into the side of his neck was more difficult than I had anticipated, and to my dismay it was not a killing blow.

He spun around and attempted to push me away, so I pressed my thumbs deep into his eye sockets and thrust myself forward while sweeping his cloud out from under him, using our combined momentum to bring his head against the steel floor. Had to slam his head several more times before he stopped moving and whimpering for help.

Observations: I should probably install a hidden fire axe under the lab table in case this happens again. Feeling really stupid for not doing so after the first genie.

Observations: Not really sure what to do with this. I'd look into the relative value of this on the Lego market, but is the world really ready for a green Lego block?

Result: At first it appeared that there was no reaction at all. Then, madness.

A strange sort of noise began to fill up the room, like the amplified fluttering of a moth's blood-drenched wings. It carried with it a sense of dread that I have never felt outside of a Waffle House bathroom stall. For the first time in my career, I wished that I hadn't dabbled with the unknown.

The paper was... vibrating, I guess is the best word for it. Shifting between our world and a place of unknown horrors, then coming back in a slightly different place a thousand times a second. The noise reached a fever pitch, then stopped just as abruptly as it had begun.

On top of the now-still sheet of paper: A head, half the size of mine, crudely decorated with my exact features (nose, eyes, mouth, ears) that were twice as large as mine. Instead of a neck leading to a body, an acne-ridden bulge that tapered off at the bottom in five randomly-facing knuckles.

Observations: Little Walfred makes the perfect car theft deterrent when place on my dashboard. A nice bonus to be sure, but I'm still no closer to synthesizing gold.

Sample B: nothing at all

Observations: I'm speechless. It's hard to believe that this moment has finally come. The result of my earlier experiment with gold and fluoroantimonic acid was so disastrous that I haven't used gold as a sample in years.