Mere Moments Before the End 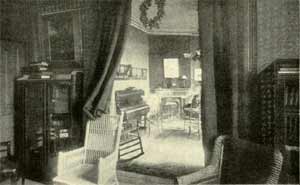 The events leading up to now have been tense and apprehensive for everyone. We've been living in that horrid calm before the storm, where the anticipation of what's to come is omnipresent and unrelenting. The distant storm clouds, the crackle of thunder, it is coming for us. This is a storm of our own creation and of our own undoing.

In this late hour there is no escaping from the choices we made. Perhaps if we had acted sooner or done more to listen to the lower classes, we might have sensed the changing weather. But we were so enraptured in our own comfort and opulence that we could not even fathom what life was like for those living below.

What did they know of the good life? They were dirty and simple and had no taste for the finer things life had to offer. We never feared rebellion, for we had the power consolidated firmly. We had our hands on the hilt and the blade to their throats. We were smart enough to lead them. We had the high ground in every conceivable way.

What we did not have was numbers. For every one of us, there were a hundred of them. It was not greed or a fear of sharing that set us apart. It was a fear of sharing with the wrong sort. We were unique in our sophistication and ability to appreciate art and culture. We were alone in our ability to govern and make sound decisions for everyone. A naïve hog butcher or farmer would be lost in our world.

We are the last few remaining noblemen, and we are gathered in this aged chateau overlooking a humble town filled with humble men. Men that have now gone mad with lust and taken up arms against us, jealous over that which they do not have and do not deserve. They will get it all, but it will mean nothing to them. It defined us, it made us long to live and see what was to come. They will not understand any of it.

My colleagues are frozen with fear. Each passing minute stabs into their pampered skin like a needle and each distant boom rattles their withered bones. Fear will hollow them out long before the bullets do.

That is not how I will leave. I have lived a life of class, and I will die enjoying a life of class. A last and final salute to the culture we fought so hard to preserve for ourselves and from them. Perhaps we should have tried harder to share it, but, alas, we alone seemed suited to appreciate it. I do not fear what is to come. The good life has been good and plentiful for quite some time. Soon I must be reminded of the bad. Good would not seem as such without a little contrast now and then. 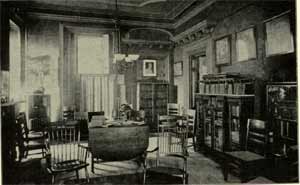 I sequester myself in the east wing, which has always been my favorite. I fetch a plastic Taco Bell cup from the drink bar and pour myself a tall glass of Mountain Dew Code Red. A last drink to ease these nerves before they cease entirely. The Mountain Dew Code Red is divine, as always. Its spirited bouquet strikes sparks upon my tongue. Will the revolutionaries appreciate a taste so refined? I doubt it. Such a bold taste would no doubt produce retching and other doglike behavior in those animals.

I can't help but think about all the stories left unwritten. So many colorful yarns left unwoven, so much of the Great Tapestry of Art left incomplete. I wonder if Starbuck will ever lead the survivors to Earth. I wonder who the next American Idol will be. I cannot help but imagine that somewhere down the road, Jack and Kate will find true love and a way off the island. And what of all the myriad comedic scenarios Adam Sandler has yet to tackle? So many treats for the senses lost to senseless rebellion.

The sky is alive with fire and smoke. Explosions ripple through the air and vibrate the chateau's foundation. I hear a steady beat of gun fire rolling along the hillside, climbing ever higher as the minutes pass. It won't be long now. I brush the dust off my Transformers action figure collection. You and I will be together again, Optimus Prime.

I can hear the cries of the revolutionaries as they summit the hill. The guards do their best to hold them off, exchanging spirited bouts of gunfire. They have no reason to continue, the guards, yet they fight on with courage and determination. Their sacrifice gives me more time to appreciate the wonders of the world before they get taken away.

The Mountain Dew Code Red fills me with a sudden rush of energy, and I decide to fire up the Wii for one last battle of my own. Nothing like a game of Wii Boxing to strengthen the spirit, I always say. The lightning of change flashes outside and its glow finds a way in through the windows to join me. I box alongside an army of shadows and make short work of my virtual opponent. I longed to do the same to the revolution, but it was too late for that.

I notice the west wing is ablaze. I can hear the roar of the fire amidst the gunpowder proclamations of rifles and revolution. My heart skips a beat when my nose catches wind of something terrible. Dear God, the fire must have made it to the library! I can smell the stench of burning plastic. Thousands of anime DVD's melt away and suddenly this world doesn't seem worth saving. I mourn for the lost culture. If those savages outside only knew what they were destroying! Perhaps in the next cycle of life someone will set fire to their greatest cultural treasures.

The noise becomes distracting. Music! I must have music. I sift through my iPod's hard drive, populated with countless classics preserved impeccably in binary. There is only one song that I wish to hear in this final hour - the moving ballad "I'm Ridin' Spinners" by Three-6 Mafia. There is something seraphic and pure in the rhymes of Juicy J that puts the soul at ease.

I lose myself in the melody, so much so that I do not notice the armed men entering the room. It is the gleam of the bayonets that draws my attention more than anything. They shine like spinners in the dark. I turn and smile at my executioners, lost in music they will never appreciate or understand. At once a dozen fingers tap a dozen triggers. The guns fire in unison with the beat. It will be the music that carries me into the next life.

I fall to the floor, my blood mixing with spilt Mountain Dew Code Red. I will take my last breath wrapped snuggly in a blanket of culture. I will die cradled in the warm bosom of the arts. The storm has come. I leave to be at peace, and they remain to live without it.