Stop Trying to Be a Mad Man 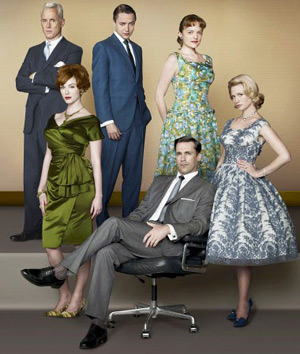 AMC's Mad Men is the best thing on TV since the moon landing. I want to enjoy the new season and the great cast in the new office, but there's a lingering problem.

Mad Men has become a cultural milestone. Everyone is talking about Mad Men and loving Mad Men. That's fine. So maybe it's no longer the exclusive domain of smart people and good writers like Alan Sepinwall. Maybe any thundering clod with a column in an east coast newspaper thinks they're now an expert on why the TV got to do a thing. Hell, I'm writing about it and I don't even read newspapers.

The problem is you. No, not you, the other guy. Yeah, you. You, the guy or gal dressing like it's Mad Men. Acting like you're a Mad Man. Stop it. Right now.

I understand the urge. I love it as much as the next guy whenever Don Draper finger blasts some Utz hussy or Joan sashays around the office in a wiggle dress like a parade float for boners. You are not these people. You're not Roger Sterling drinking his lunch between heart attacks. You're not Peggy breaking barriers or Pete Campbell returning his chip and dip. I hate to break it to you, but you're not even the pretentious bearded guy that forgot his great idea and was written out of the show. If you're lucky you just look like a little kid that dressed up in daddy or mommy's clothes. You're probably not lucky.

Some things you can never do (so stop trying): 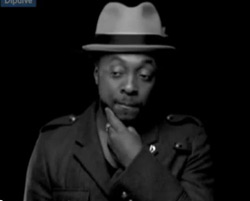 You can never bring back the fedora. Step away from the haberdasher. It's deadly. Millions of people have crashed and burned trying to bring back men's hats. It's not going to happen. Will.i.am wore a fedora in that Obama video and he didn't even bring back those hats at Obama rallies. Sorry, dipdive, no you caaaan't. What do you think you are going to accomplish with your little checkered stingy brim kangol fedora cocked slightly to one side? People are going to think you escaped the ska asylum, not look at you and say, "Shit yes, now that's a trend." This is the country where airbrushing your own name on a puffy baseball hat was unironically popular for a couple years. Men's hats are not coming back. 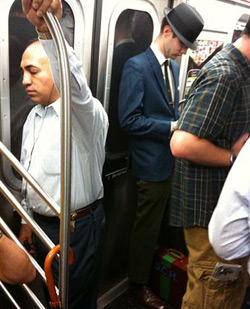 You can never morph into Don Draper. Don Draper is the way he is because handsome actor Jon Hamm expertly delivers lines written by a team of Emmy-winning writers. You can wrap the skinniest tie in the Chess King inventory around your buffalo hump and you're still not going to look cool. Even if you're a handsome, suave dude it won't work, because you don't live in 1962. Your context sucks. Don Draper does not request extra corn salsa for his Chipotle burrito. Don Draper does not preorder Fallout: New Vegas. He doesn't text or play Farmville or tweet about his dreams. Can you imagine Don Draper at Walmart? He would be puking blood trying to think up a way to make Sam's Choice sandwich cookies into a metaphor for growing up, because our world is tacky, temporary, and horrid. Don't try to force it with cufflinks, you're just going to drag them in the ketchup.

You can never have sex with your kid's hot teacher. Tenure has ruined the screw pool at your local elementary. It's unbelievable. Your kid's teacher is probably 60-years-old and looks like something a chair-leg wielding mob would chase into a forbidden swamp. In the unlikely event your kid has a hot teacher it's a safe bet she is sleeping with the kids, buying them kegs, and getting bug-eyed pregnant. That's how it goes these days, so stop pining away in your pilot shades banking on an eclipse for your next booty call. Ms. Farrell has bagged a 12-year-old with a mustache and has no interest in the dad in the back of the class wearing the Hudson Hawk pork pie hat and a skinny tie.

Sometimes it's healthy to remind ourselves of the reality gap. In case you have forgotten, this is what Betty and Don Draper look like: 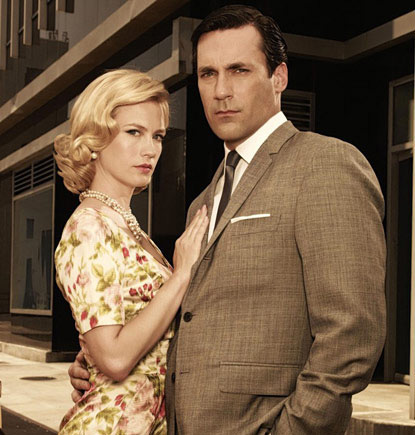 This is what MacDonald's Draper and the Scooby-Doo Players look like: 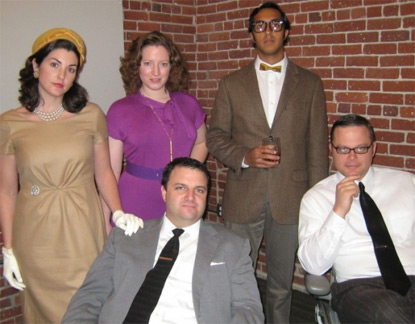 This is what Don Draper looks like exiting a methadone clinic in Raleigh, North Carolina: 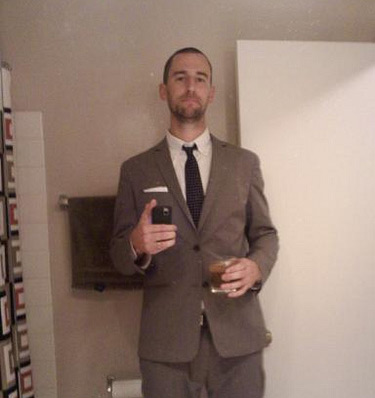 I'm pretty sure these two people are just from a Wavves cover band called Don Draper: 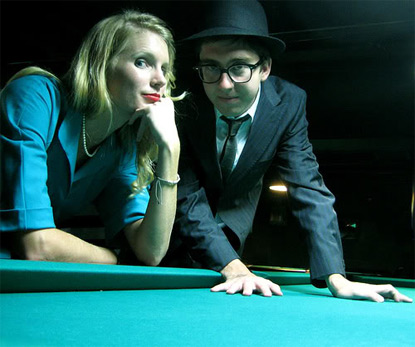 This is the actual girl the Snozzberries guy from Super Troopers was supposed to marry before the Large Hadron Collider was turned on and disrupted our time line: 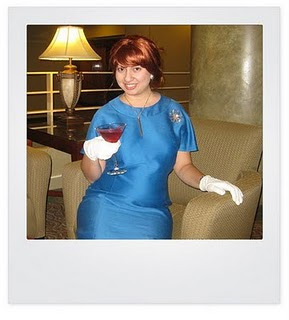 Enjoy the show. Don't cosplay. Adults don't do this. You don't need to try to dress like the characters to appreciate a good TV show. That's the thing about TV: it doesn't judge us. We can wear our jorts and video game t-shirts and cram our hammy faces full of pizza and burgers and Don Draper is never going to yell at us in his Bobby-broke-the-robot voice. Joan isn't going to clobber us with a lamp. Just relax and stop trying to be a Mad Man.