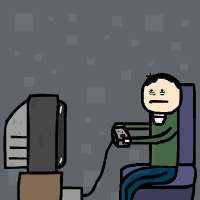 There is both a satisfying and depressing quality to quitting your job because it's too boring. It's satisfying because you live in an age and place where this is possible, and depressing for the same reason. Sure, infants in Bangladesh often get their hands torn off by the giant weaving robots they assist in making Old Navy sweaters, not complaining to anyone for fear they will lose their precious pond water money. But me? YAWWN. *smacks lips* My job is boring. Sitting in a comfortable chair for eight hours a day is more strenuous than the anguish of all Chinese railroad workers combined. If I didn't know better, I'd say that this hellish existence is similar to Orwell's 1984, except with a new date indicating the future!

Here was my plan: graduate from college, take some time off, and get a part-time job to save for my eventual move to graduate school. There has not been a worse idea in modern history since Adolf Hitler decided to stop pursuing the arts. Unlike Hitler, though, my decision did not destroy millions of lives (probably), didn't reduce countless cities to rubble, and has yet to cause dozens of entertaining video games to be made. No, the only result of my poor choice was an abundance of boredom, but I ask you: which is the greater loss?

Allow me to explain myself. After a few weeks of applying at temp agencies, my only job was sitting at home and playing terrible Playstation 2 RPGs while wearing nothing but an electric blanket and a thousand-yard stare. To clarify, I wasn't a video game journalist; I was just unemployed. Temp agencies are kind of funny in that the more experience you have, the less likely they are to give you a job. No, I wasn't trying to take my current role of "Internet Joke Champ" and apply it to a real, non-Internet workplace. I had a B.A. in English, the only college degree that proves you can do a lot of drugs and still operate a bookmark, so I figured there had to be someone out there looking for a man who could stay sober for at least eight hours a day. This is perhaps my strongest skill. 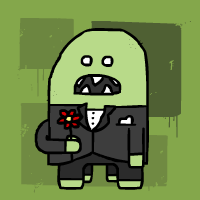 Temp agency workers hate fresh-faced, just-out-of-college men and women because temp agency workers all happen to work in temp agencies. There you were, fulfilling your dreams and sleeping on filthy campus furniture, all while Sally Saddlebags over there has been struggling her whole life to change the size of her corporate cog from "smallest" to "slightly smallest." I felt this contempt and resentment when I went in to one of my very few temp agency interviews for the stunning 8.50 an hour job of working in a temp agency office. "So, you want to be a writer," the morbidly obese interviewer condescendingly said to me, jammed between the desk and the eight feet of space between it and the wall. She had seen the writing jobs on my resume, and must have been shocked to realize that printed text exists outside of TV Guide and candy bar wrappers. A wry smile carved itself onto the great mounds of what appeared to be her face. "No, you sour-smelling mountain of terror; I am a writer." This is what I would have said if I wasn't an Internet Tough Guy who needed money. "Yeah," I said, "But mainly I just need something to do before grad school."

At that point, things would have gone better if I had instead chosen to start pissing all over her desk, making an elaborate target game out of all her framed pictures of loved ones. College was a preposterous idea, but graduate school? That's double college! When she heard me, her eyebrows struggled to climb up her mighty forehead in order to elicit a reaction, but soon went back to drooping over her eyes like two unbaked crescent rolls. "Oh! Graduate school. Well, I'm sorry. We couldn't possibly hire you! After all, by the time we trained you, you'd be out the door!" She attempted to cross her arms in a manner that most people under 900 pounds are fully capable of when they want to show smugness. Her logic was too insane for me to question. Here she was, telling me that it would take seven months to train me at a job where I would be making one dollar an hour more than minimum wage. I remained civil, and left the office, glad that the smell of naturally-occurring body cheese was behind me.