Chapter 1
Wherein Our Heroine Receives a Fellow of the Dark Persuasion. 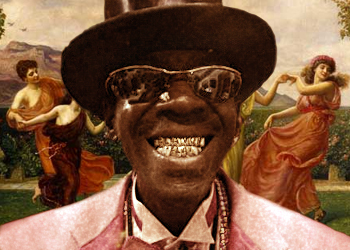 Fig. 1. Most curiously, his Teeth were fashion'd in the manner my stillborn Siblings had been Bronzed and place upon the Mantle.IT BEGAN on a particular Sunday, a Knock on our door Signaling what could only be, in most cases without exception, an intruder. Intruders were not look'd upon well at the Haversham Estate, as there was no law prohibiting those poor in Wealth, and therefore poor in Spirit and Worth, from touching our Door-Wood, dirtying it with fingers no doubt tainted with the Resin of baby-snatching. Feeling much too wealthy to move my body until it was time to Sup, I signall'd for the help, but was perplex'd when the cretins did not answer by the names we had given them upon Entering our household, which describe their most distinguishing Features. Captain Poorpockets, Rawknees Streetwhore, I cried, but to no Avail, and under the Realisation that I would possibly be trapp'd forever in the bondage of these Infernal bedsheets, I alternately cried and soiled Myself for what felt like Tens of Minutes.

I hurl'd myself onto the ground and began Thrashing about, thinking that a Commotion would provide me with assistance, and could later be blamed on Those who helped me. As I inhal'd the dust of the Ming vases crashing to the floor, I heard a slow dragging noise and then recognized the Sound of old Rawknees attempting to climb stairs with legs that had been Shatter'd when she was arrested by Father in the act of sampling untainted Meats but a few days ago. Opening the door with her bruis'd chin, she cried, Madam Haversham, whatever is the problem, to which I replied, there is a knock at the door, trollop, down the Stairs with you and stay out of my Pepperoni basket! I clutched the basket, Thinking about what would happen if Rawknees would survive to see the Baconing season, and made a note to have her Devour'd by the Neighboorhood hounds should the occasion arise where it would not be Incriminating.

After the unwomanly matter and residue was scrap'd from me by Cpt. Poorpockets, taking special attention with my Marriage Crevice which had accrued much Accumulation due to the Luxuries of being privileged with Fine Jellies and Chowder from the Orient. I took caution when I suspected that Poorpockets, with Chisel in hand, may have designs on this Lady, but then I recalled our estate personally removed all Organs which brought upon him Joy. Upon hearing the laughter of the Suitor in the Parlor, I quickly dressed and applied white Lead powder to the parts of my Body which had been reveal'd, and I took the time to swallow just a Spoonful of it to bring good fortune to the Haversham estate. I felt like I had succumbed to the Brain Burn after returning the Spoon to the Mercury Jar where I also keep my toothbrushes, but then I gathered it must be the effects of Sir Goldbuckets, the Suitor whom I was expecting, working his Magic and gentlmanlie Musk on me from Downstairs. As I traveled down the Steps, holding tightly to the handrail as it had been some time since I felt the need to walk, I kicked Rawknees down the remaining twenty steps, where, at the end of this journey, I discovered the most curious-looking Negro sitting in the Haversham's world-famous Tigerskin opulence throne!

Lady Haversham, said Rawknees, Rudely spewing blood and teeth into one of our many prized Refuse bins, I present to you Sir Flavor of Flav. In response to this, the man repeated his own name, Flava Flav, in a loud Bellow and smoked from a glass pipe of much Fancy, the odors of which intoxicated me to the point of Sitting, which is my Natural State. My heartbeat Irregular and my mind aflutter, I questioned Flava, what is it like in the Indias, are the giants in the frost Regions as strong as the Bible claims? To which he replied, do ya'll know what time it is? I told him it was three-fifteen, but he removed a Timepiece from his person which seemed to Betray this information. It's time to party, he declared, and I secretly consulted my Phrenology manual to Assure myself that he wasn't a Poor. While Sir Flava had the sloping Brow of the common Gutter trash, he also had the gleam of a man who has just exited the Birth canal, and the glare off of his skin cast the room in a glow that was most Foreign. Hookah bookah, I said in Imitation of the language of his people, the people of Spices, we make big party I told him, to which Flava's eyes alit with the gleam of a man who had the Pleasure of fighting in Wars.