Heroes Unlimited launched in 1984, introducing the world to Kevin Siembieda's peculiar form of statistics-based autism masquerading as a game system. The book represented a complex system of character creation tools and basic rules and little else, it wasn't until Villains Unlimited was released in 1992 that Siembieda and company bothered to create a roster of villains for the game. The villains contained in this volume are derivative, they are dorky and they are often unintentionally hilarious. In short, they are vintage Siembieda. 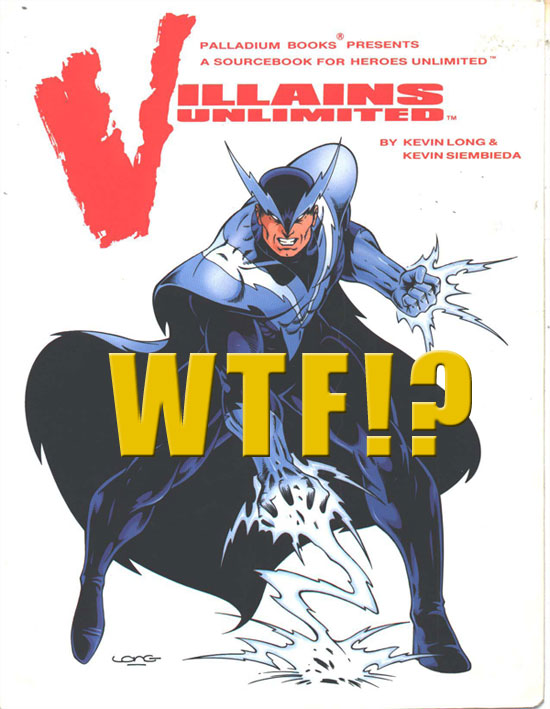 Steve: I gotta take a second before we start and ask are you alright dude? It's been like two years since we did one of these. What the heck happened?

Zack: I told you I was working on a project.

Steve: This had better be that game cave in your basement with the ultimate Warhammer table that breaks into four pieces and you use the modular buildings made out of resin and have the river panels that you can move around.

Steve: Are you sure you weren't the one telling me about the fallen titan you were going to make with armor panels you can lift off and fight inside? You wanted to do a board for the assault on the Imperial Palace on earth.

Zack: You're thinking of yourself.

Steve: No way. I don't have a basement.