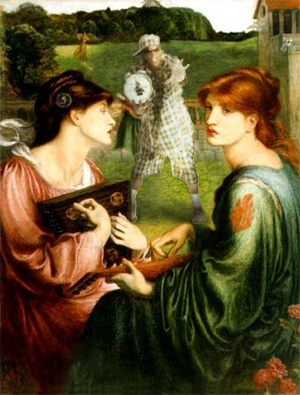 Fig. 2. At the Residence of Sir Goldbuckets, we were asked, do ya'll know what time it is, for real, you know what I'm saying.It was then I decided that Sir Flava and I would attend that afternoon's social gathering at the Domicile of Sir Gaylord Goldbuckets, my intention to show off a fellow of True masculinitee whose protruding eyes could no doubt see the fantastic Creatury of his Homeland even from under the couch, where we were Prostrate at that particular moment. Yo, thanks for chilling down here with me G, for real, he said, filling up his odd pipe for what seemed like the Seventh time, then placing his hand on the Inside of my Right thigh, close to my Shame Patch. Bitch eats her beef, for real, that's how I like them, he said, while I was overcome with sensations I had never before experienc'd in my Nether regions, and in response to this I Swoon'd, my head falling gently to the ground, and I made sure not to Descend on the part of my Skull responsible for my Superioritee. When I awoke, I was Cover'd with the nightfall bruises which only Appear when Mother visits Auntie Gretchen, and leaves me with Father who always serves me the most Delightful soup. This Sir Flava had the magic of Father, and I would see to it that Stuffy Gaylord Goldbuckets would be filled with much Jealousy from a specimen of Mankind who not only felled a Viking and appropriated his Helmet, but Who also manag'd to remove and eat Several of my Petticoats without waking me.

Poorpockets opened the door to the carriage, after my Traversement of nearly thirteen cubits, where much Swooning was to be had, forcing Poorpockets and Sir Flava to carry me, Sir Flava ingeniously clutching my Bosom to provide an Accurate amount of counterforce. G, you is stacked for real, Sir Flava said, and with that Poorpockets drove the horses ahead, in a manner that Could be outdone by a Common monkey from the Americas. G, these donkeys is some shit for real, Flava said, adding, you know I love you and everything, for real Yo, but I got to be finding some time Crystals cause this 18th century English shit is not slamming. Thinking, I answered him, Flava, said I, your Smoking device seems to be fill'd with time Crystals, why don't you use some of those? He laughed and shattered a bottle he had until then been concealing Under his cape, Nah, G, he said, it ain't like that, I gotta get back to my time cause these bitches is heinous, but not you, G. Flava curl'd up like a ball onto my lap, and it was then I Gather'd he was only the size of half a Fathom, to which I was overcome with admiration, and whispered to Flava, Let us make Love during this carriage Ride.

With this, Sir Flava dove into my many skirts, the Purpose of which I gather'd was to Discover my Duty Curtains. I corrected him, Sir Flava, I said, this is not how we make love, and to which he replied, oh that's right G, you guys talk different and shit, and we're having a Misunderstandification, just like that time I tried to get a job, and they was all like "What?" With this, he picked up his Pants, and dispos'd of the Homunculus fluid out of the Window, and said, that's cool, G, I'm done anyway, Flava Flav! Sir Flava then collapsed on the Floor of the Carriage.

We arrived at the Goldbuckets estate, and I made Cpt. Poorpockets drag Sir Flava and I to the front door, which was met with some Difficulty, as Sir Flava was encountering much Flatulence due to the pounds of Sausages he so eagerly helped himself to in the Carriage compartment design'd for such a Use. As we reached the door, Sir Flava came to with quite a start, and cried out, G, hands off my Stuff bitch-ass nigga, to which he pulled a knife on Poorpockets and inserted it Forcefullee into the man's leg, who admittedly had not been Making proper use of it so no Sympathee was had on My part. What the hell man this isn't the YMCA, for real, Sir Flava said, removing once again his fascinating Pipe; I just need a sec to Chill but you is still fine, honey, he said. Sir Goldbuckets happened to open the door at this Inopportune moment, and he examined myself and Sir Flava, to which he remarked, why Geraldine, this man is absolutely fithy, why even his very Skin seems to be stain'd with the taint of Labour; you must come in Sir so we may apply Parfumes and Cremes to you, for you see this is how the Rich remain clean, as our natural odors are masked with the Seepings of exotic Animals.