I Love That Movie! ME

Oh man, did I just hear you guys talking about Forest Gump? That is so great! It's probably my favorite movie of all time. I know everything about it. The best part is when he finally escapes after being stranded in the forest for all those years. What a powerful film.

Really, though, if you're going to talk about powerful cinema you have to bring up Taxi Driver. That one scene that everyone always quotes is fantastic. The other parts of the movie are a little too violent and don't really make much sense, but the existence of that single scene justifies the rest of the film. "You talkin to me?" Heh. A lot of people quote that scene but they don't understand its layers. It's very rewarding if you're able to read subtext and analyze a film to the degree that I can. D.C. Cab is pretty good too. 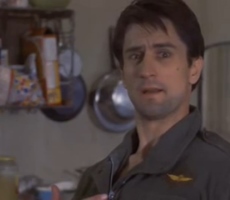 I'm a huge horror movie buff. It's a fantastic genre. Doesn't get the respect it deserves. Take one of my favorite movies, Halloween, for example. I just saw it for the first time on tv a few months ago and now I know more about it than probably anyone. Did you know that the killer is named Michael? Or that his mask is symbolic of the masks people wear on Halloween? When people talk about horror movies they are, in fact, discussing a concept that I basically possess as my own thing.

Of course, you need some comedic relief from time to time. Everyone does. The Turman Show is one of the funniest movies ever made. I love that movie. It's probably my favorite. When Turman gets ready for the show, and there's a montage of him trying on different outfits while his friend reacts? Ha ha. Classic. Or when Turman finally gets on the show and he mugs for the camera? So good. I love comedy. Laughter is important, and I don't think people really stop to think about it like I do. Even if they do stop to think about it, they aren't as thoughtful as I am. And they should be. They really should be.

It's so weird that no one realizes Robot Cop is a parody. It couldn't possibly be more blatant. The whole movie is a riff on Terminator. There's a robot guy. There's a woman and a kid. Think about it. Of course, Robot Cop doesn't play most of its scenes for laughs. On the surface it is very dark and serious. But clever members of the audience chuckle throughout the entire thing, because they know the robot man is like the robot in Terminator.

Haven't seen Citizen Kane. Don't intend to. So many people sing its praises that it's automatically overrated. What's the point of seeing it now? 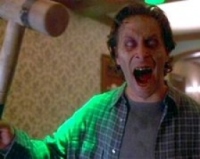 If you want to talk about truly groundbreaking films, start with Alien. What a masterpiece. The way it takes its time and builds up to that relentless payoff? So good. No one even believes Richard Dreyfuss for the longest time. Then, finally, there's the climax where he shoots an oxygen tank and blows a shark into a million pieces. Incredible.

Another great slow burn is The Shining, which is probably my favorite movie. It has fewer sharks than Alien but it's a deeper film. It's the kind of movie you can watch a hundred times and still not catch what the guy was writing on that paper. What the heck was going on with that? Why was the hotel so empty? What was the wife's name again? Where did this person come from? Are they good or bad? What did they just say? Why was the movie even called The Shining? A great film leaves viewers with questions such as these.

Some of my favorite movies are westerns. It's a fascinating genre. Simple on the surface, sure, but its most basic and familiar elements can be played off of in very unique ways. For my money the best western of all time - and possibly my favorite movie ever - is Shanghai Noon. It's basically the Corky Romano of westerns.