My Amaizing Story of Survival Against all Odds

It is unfortunate that we find ourselves meeting again, fair reader. Forgive me if I am making the assumption that someone is actually reading this, but it is all that keeps me going. If I am to die here, then I want people to know that I fought long and hard against the forces of nature that have put me in this place to test my resolve once more. You no doubt remember me from my previous life and death battles, which I carefully documented here, and here. This latest is, so far, proving to be no less dangerous.

With any luck, by the time you finish reading this, I will have found my way to safety. And failing that, you will know how I stood strong against all odds, demanding that they recalculate themselves at every turn. 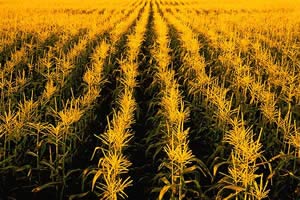 You see, I was on a routine trip to the local Wal-Mart to purchase some Sam's Choice Cola when I decided to take a shortcut through a large cornfield just off the main highway. However, I quickly found myself lost in a dense labyrinth that spanned before me for miles and miles. As the hours ticked away, my mighty SUV sipped fiendishly from its gasoline canteen until there was nothing left. I abandoned the behemoth and set out on foot to find aid, however, I quickly become even more lost. I no longer even know where my SUV is, or where I am.

An endless jungle of corn surrounds me; there is no sanctuary to be found in that. I am like the civilized man traveling into the heart of darkest Indiana. I will not give into the savagery that surrounds me, though.

I have nothing with me save for only a small selection of items: this journal, a pen, and my wits. It has been a long day, and now night approaches. I must find shelter if I am to survive the harsh summer conditions. Temperatures are likely to cool down to 60 degrees, and I have no protection from the elements save for the clothes on my back.

I can smell pie in the distance. It is quite clear the stress of this ordeal has given me a brain tumor, as I am now experiencing phantom smells.

The night was balmy and uncomfortable, as the warm weather made me sweat and then my frantic and nervous movements resulted in chafing. Survival has taken a toll on my body, a toll I may not be strong enough to pay. Walking is now an irritating process and in my haste to go to Wal-Mart, I neglected to bring a change of underwear.

In a move of desperation I attempted to fashion a new pair of underpants out of cornhusks, a move that ultimately made me itchier. Also I completely forgot to check for caterpillars and nearly fainted when one started moving across my skin. I have learned a valuable lesson in underwear manufacturing on this day.

Hours have passed and I have cleared a large section of field and I'm attempting to build a signal fire. With any luck, the rescue planes no doubt dispatched on my behalf will see my fire. I'm not dying in this field, not while hope still roars like a mighty hippopotamus protecting its harem.

Still more hours have passed and my signal fire is starting to burn, though not very well. The cornstalks are too lively, and are denying my fire the dryness it needs. I must find food for the fire.

I too am growing hungry and I have no food to eat, nor any source of fresh water. If only I knew corn's secret to life, then I could survive. It must get food and water from somewhere... BUT WHERE?

I am starting to tan. My flesh has lit up like a tomato and I am growing angry and increasingly despondent. I must confess that I spent a good hour yelling at what turned out to be the rusty carcass of a tractor overgrown with weeds and thorny bushes because in the sun and confusion it resembled what I thought might have been a hobbit burrow.

My fire is hardly noticeable, and barely emitting any smoke. Night will be here soon and there is little chance of being rescued before it comes. I must prepare for another long and grueling ordeal. I pray I live to see tomorrow.

It is already probably noon and I am just now updating this journal because I lost my pen and when I found it there was a caterpillar on it and I had to wait for it to move on, which took probably about six hours. During that time I sweated a lot. I need water soon, or I will be completely dehydrated. More to come later...

While exploring, I accidentally tripped over a cornstalk and my mouth landed on an exposed ear of corn. I struggled to get up, and in my haste I accidentally bit into and swallowed some kernels of raw corn. I was completely astonished. I had no idea raw corn could be eaten. My food troubles are solved for now. The Lord has seen fit to bless me with an entire maze of food.

The signal fire is burning bright now but unfortunately no planes are flying over. I heard dogs in the distance, wolves perhaps, and I briefly tried to pretend an ear of corn was a corndog. Sadly, the cob tasted nothing like a hot dog when I bit deep into it. I must remain calm and alert. I am not going to allow myself to get eaten.

I have little to add at this hour, just that I have been eating as much corn as possible, but without a toothpick this is going to prove a disaster in time.

While exploring I found where I think my SUV was parked. It is now missing. I attempted to follow the tire tracks, but they eventually disappeared into a large mud puddle. I must confess I was so thirsty I drank the muddy water, and then I spit most of it out and had some more corn.

I do not know where my vehicle went, but I can only assume I am not alone in the cornfield. I will not only need protection from the elements, but also from the potential predators stalking me out here amongst the corn. I also do not know where my signal fire went. Every step in this horrible place is a step you cannot take back.

It is now late afternoon and I am pleased to report that I have been industrious! I have spent hours constructing a veritable corn palace out of mud and corn. The inspiration struck me swift, like Cupid's arrow, and I was so moved to work that I did not pick up pen and paper until I had completed it. This fortress was a labor of love, and perhaps the most beautiful thing that I have ever created. It protects over two thirds of my body from the elements and also from predators.

Now that it is dusk I am hiding inside my corn palace and waiting for night. Tonight I will sleep nicely knowing that I am safe. 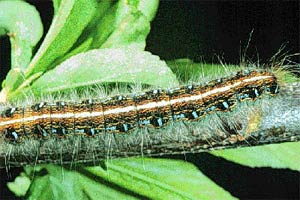 The Siege of the Corn Palace has begun. Birds and insects of all sorts have begun descending upon my meager shelter, chewing away at it and my sanity. I am doing my best to brush and whack them away but it is difficult to keep up with their relentless pace.

I must put down this journal and fend off the next wave. I cannot afford to lose the outer wall of kernels, or this whole place could collapse in on me.

It is now afternoon and the Corn Palace is in shambles. Wave after wave of birds picked and clawed at the walls, chiseling away until it began to buckle and shake under the stress. I stood strong, whacking at the birds with cornstalks, but a wave of caterpillars moved in from the east. I could not fight a war on two fronts, and so I retreated.

I am writing with the last of the day's light, which will soon be gone. The night is smoky. I wonder if perhaps my signal fire is still burning. This could be a good sign, as rescue planes are no doubt prepped and ready to begin aerial search in the morning.

Now that it is dusk the birds and insects have vanished into the shadows, and I am busily reconstructing what's left of my Corn Palace. It now only protects about a third of my body, but that's still one less third of me for nature to ravage in the night.

These are frantic words I etch, friends. I was awoken from what is left of the Corn Palace by a continuous thunder. The entire field was ablaze, and popping with machine gun intensity. It is like Normandy out here, with kernels flying and exploding every which way. As I am writing this, I have lost hearing in my left ear from an exploding cob that went off beside me.

I am rapidly trying to flee, but the entire field is a cauldron of flames and great white explosions. I am attempting to move away from the fire, but it is hard to keep focused amid this chaos. I only pray I have created a large enough display to attract rescuers.

Hours have passed since I last wrote, but thankfully I have some good news! I have found my SUV! It was parked at the edge of a yard just outside the cornfield. It is near a barn and a small house with a pie on the windowsill. It appears I am free of brain tumors after all, one less worry for me to contend with. Apparently the house was there the whole time, but I didn't notice it while struggling for my life. Thankfully the signal fire eventually spread to the whole field and in turn that sequence of events lead me to safety.

Whoever moved my vehicle out of the field was kind enough to add a little gas. I think it must have been the people I see off in the distance trying to put out the fire with hoses. I must remember to send them a thank you card at some point for allowing me to burn their field down to save myself. Looks like they are in for a long night. I am too, as Wal-Mart will no doubt be closed if I do not head out right away. Not only do I still need that cola, it is clear from this ordeal I will need a new pen.

To all confronting overwhelming danger, remember to stay strong and wise, and never surrender your wits to fear and terror. Farewell and fare travels!