Oh, it's that day again. That day of days where unrequited love floats softly through the air like cars through a tornado. There's so much emotion and feeling involved I'm already uncomfortable just thinking about it. For the guys, this is your big chance to lay it on the line and hope you can get her to promise you a date before she gets a good look at what you're wearing. For the ladies, this is like sweeps for you, and you should be able to base how well you're doing on how many grown men you can get to throw themselves hopelessly in your direction. For Valve, that was a brilliant move with the free weekend of Day of Defeat Source right before Valentine's Day. You guys must really know your target audience.

Right now you're here reading the Internet, so chances are you either don't have a sweetheart or you're desperately searching for a way to appease any human being that will so much as be in the same room with you. That isn't to say there isn't still time to find someone special, because there is, but by now you've waited so long that the only things left for sale in stores are off-brand candy and boxes of old WWF valentines. Since I doubt any potential mate worth having would be impressed by your declaration of adoration as presented by a picture of "Stone Cold" Steve Austin doing an elbow drop, you're probably going to have to resort to something resembling good, old-fashioned gentlemanly or lady-like conduct.

I'd like to offer you, my gentleman friends, a couple tips if you're going to try throwing that legendary Hail Mary today. I've been around the block a few times and it's gone both well and exceptionally less than well, so you have the benefit of years of experience to help guide you along this magical and awkward journey.

Pick-up lines are previously only the domains of assholes and guys who are popular, but you may be surprised to know that almost anyone with an ounce of cleverness can pull one off and use it to start a conversation. Be warned, those store-bought lines everyone's heard a thousand times before just don't cut it. Once you spot someone that looks single and interesting, it might be a good idea to make something up or use a classic pick-up line that's been tweaked appropriately for the situation, so get that incorrigible wit of yours working and lay it on them. Here's an example scenario:

You're a dapper fellow in a bar that's next to some NASA office and you see a lovely scientist woman sitting across the room.

Gentleman: Did it hurt?
Lady: Did what hurt?
Gentleman: When you fell from orbit.

Excellent work! Sure, it was corny and stupid, but you aren't supposed to be Yakov Smirnoff yet. Save the good stuff for later. For now, the conversation should progress based on how she reacted: 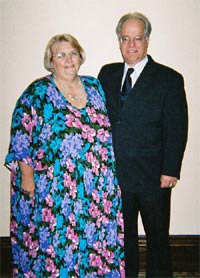 Here are a couple more examples:

You are a dapper fellow at a NASCAR event that is attracted to a female spectator.

Gentleman: Gosh, I feel like a race car that's careening out of control.
Lady: Why do you say that?
Gentleman: Because I'm about to flip over you.

You are a dapper fellow watching a live taping of The Daily Show with Jon Stewart.

Your pick-up lines either work or they don't, that's fine, not everyone can say it with words. Lord knows I sure can't, so that's why I decided to come up with an all-purpose greeting card a couple years ago and I keep a few printouts of it in my car for occasions just like these. You're welcomed to use it all you like, just print it out, fold along the dotted lines, check the appropriate box(es), and you've just purchased a one-way ticket to loveland. Click the image for a big, printable version.

By the way, you can cross that last one out if you aren't in a Mexican gang. If by some cosmic miracle you happen to be successful with any of this, let me know. I'll be sure to read your emails between games of Day of Defeat Source. Happy Valentine's Day!