If you see faces in this, you are insane and I want nothing to do with you.

It's been nearly two months since I joined the Something Awful team, and I've learned a lot in that short time. For instance, I learned that there is no team per se, but rather a loosely connected group of reclusive hermits and nerds too fat to love. Lowtax and Integral only leave the house to go to the yarn store. Zack refuses to wear any clothing that isn't made from trashbags. Josh is a hobo. I guess he has a laptop in his boxcar, but I can't be sure. I don't associate with filthy hobos. I started as a barely computer literate, unfunny hack. Now I'm a somewhat computer literate, unfunny hack. I've learned how to spellcheck my articles. I've learned how to format web pages. I've learned that it is never a good idea to ask readers to send me email. Oh lord, was that ever a mistake. The point is, I've acquired a wealth of new knowledge in a short amount of time. Just as quotes from the books you read in high school slip into your conversations years later, this knowledge has begun to surface in my daily activities. I didn't really mind at first, but the other day something happened that opened my eyes to the horrible truth. It started innocently enough - I was sending an email to my parents. I try to keep in touch with my parents on a fairly regular basis to make sure they aren't squandering my inheritance. The email was normal enough, but it ended in the most disturbing fashion imaginable:

I'll leave the context of "we'll see if he is" to your imagination. But what the hell is "=)" doing there? I sent the email, then immediately realized what I had done. I used an emoticon. I used a goddamn emoticon. That's not something that I do. Ever. Under any circumstances. When I'm chatting on ICQ, I write in complete sentences with proper capitalization and punctuation. I do NOT use emoticons, or stupid abbreviations like "lol." I have absolutely no tolerance for crap like that. The English language isn't so complex that we all can't express ourselves fully with real words. I've never used one of those moronic smilies in my life. So why now? What could bring me to such a sad state that I'd actually type "=)" in a letter to my parents? 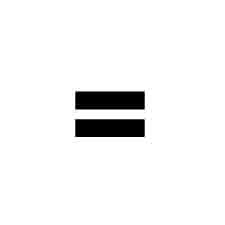 THESE ARE NOT EYES.

The answer is no farther than... oh... eight, ten inches from my face. For countless hours each day, I sit in the electronic clutches of my computer. Who knows what sort of insidious claptrap it's beaming into my brain? The effects have been apparent for some time, but I was too blind to notice them. Well, I guess you can't be too blind - once you're blind, that's about as far as it goes. The point is, subversive forces are at work, and I am their helpless victim. Even now, as I work on this article, I am moving my mouse on a Jeff K mousepad (Only $5.95 in the Something Awful store!) It sits there on my desk, a monument of my acquiescence to the inevitable collapse of the once-great temple that is my mind. Even now, I can feel myself slipping into laziness and apathy. I no longer feel the need to maintain acceptable hygiene. I can picture myself wearing these clothes a week from now, a hole on my knee patched with duct tape, little bits of Doritos caught in my overgrown neck beard. My friends will shun me and no woman will touch me, which I have to admit won't be all that different from the way things are now. I've already used one emoticon. There's no telling how much further my language skills will atrophy. Soon, I may very well use ";-)" to mean that I'm winking, even though I never wink when I type! Why would I? That's like nodding on the phone. I shudder to think of what the future may hold. 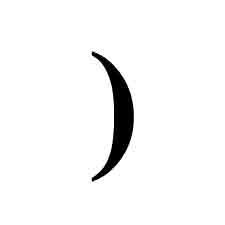 THIS IS NOT A MOUTH.

If this keeps up, it won't be long before I start abbreviating everything I possibly can in my online conversations. Like a common geek, I'll think that my time is far too precious to waste typing out complete words. Soon enough, I'll use moronic acronyms like "lol" and "rotflmao" to mean that I found something funny. I don't even know what "rotflmao" stands for! But I'll use it anyway! Never again will I be able to bring myself to type "ha" to imply that I am laughing. Sure, "ha" may be two freaking letters, but it doesn't stand for anything, and I won't be able to stomach using any words that don't stand for a minimum of seventy-four other words. Within weeks, I'll be ranting incoherently about my "haxoring skillz" and using multiple punctuation marks at the end of the short strings of gibberish that I'll try to pass off as sentences. Once I've devolved to that point, I'll start claiming membership among the infamous L33T. I don't know if I'm using that term correctly, and I consider that a sign that my retardation has not progressed as far as I had feared. As a L33T, I'll never stop to correct typos, I'll use numbers in place of letters for no conceivable reason, and I'll write pointlessly threatening letters to humor sites on a daily basis. I'll deserve my oxygen less and less with each passing day. My political hopes will be dashed against the silicon rocks of technological masturbation. My once great oratorical skills will be reduced to the insane mutterings of the socially impotent. 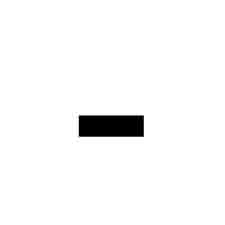 THIS IS NOT A NOSE. NO ONE'S NOSE LOOKS LIKE THIS.

Sure, one emoticon doesn't seem all that bad at first. But, as you can see, it is just the first step on a road to self-destruction. If I could sink so low as to use an emoticon to my parents, how will I degrade myself in front of my friends? What will I say to you, the loyal and intelligent Something Awful readers? It is clear what I must do. I have to go on a mystical spirit quest. I will leave tomorrow and go into the wilderness with nothing more than my clothes and my dimming wits. For days, I will forage for my own food and build my own shelter until I can commune with nature like an Native American brave or a dirty flower child. Eventually, when my mind is ready, my spirit guide will appear to me and cleanse my mind of this foul blight. Yes, only in that way can I possible cleanse myself. I will be myself once again. It is a beautiful thing. I can almost hear the conversation with my spirit guide now.

Spirit Guide: "Greasy, my son, I have come to you to answer the most profound questions that reel through your soul."
Me: "Thank you, noble guide! Tell me, how can I regain my humanity after it is lost to the L33T beast?"
Spirit Guide: "F34R MY HAXORING SKILLZ!!11!" HA HA HA AH HA!"
Me: "Shit."