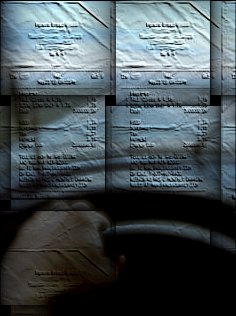 You're in a car that's out of control, or seems out of control, because it's going somewhere you really don't want to be. The car is headed for Panera Bread, where you're meeting an old friend who you're no longer very good friends with. You're both past the point of acknowledging the elephant in the booth, so you'll there in awkward silence that really accentuates how stylish and metropolitan Panera Bread's atmosphere is. You want to turn the car around, but if you don't eat dinner with your friend, she or he will think you don't want to be friends anymore. Which you don't, except your car is filled with Panera Bread receipts of previous meals you've eaten with your friend, and if you end the friendship it'll feel like you've murdered those receipts, somehow. So you keep driving and turn up NPR to drown out your weeping.

You're lying in bed and there's a spider crawling toward you. You try to want to move, but catatonic depression has destroyed your volition. The spider reaches the foot of your bed, but instead of crawling on you it turns around, avoiding you like everyone else does.

You're naked in public, or at least feel naked, because you aren't wearing your lip rings. You feel naked without them, because your cashier job, where you're at now, doesn't let you wear them. You want to explain your subjective nudity to the customers, but you're too busy tonguing at your lip holes so they don't seal themselves shut. Plus you doubt anyone would care, since they've all got problems of their own. For the first time, you realize the universality of suffering, and that pain, rather than making you unique, makes you more like everyone else. In light of this, your piercings and black lipstick and bar code tattoo seem rather trite. Out of curiosity, you scan the tattoo with the hand scanner. The cash register tries to print something, but it's out of paper. Later on, you're glad you didn't see whatever it would've printed. 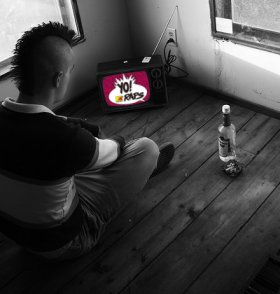 You're being chased by something. But it's an abstract something made of pain and fear and laughter, images of empty tables and twin-sized beds and messageless answering machines, and the knowledge that humans too are machines, except easier to replace. The only way you can flee this something is by sitting in your bedroom watching Yo! MTV Raps and filling your brain with substances until it's a dopamine cistern. And not looking out the window. Sometimes you wonder if the thing you're running from has already caught you and what you're really running from is the awareness of being caught. You approach the window, hear a bunch of kids partying, and a Run DMC song. You pull down the shade.

You're at work when suddenly it feels like there's a monster behind you. You turn around but there's nothing there. You're relieved that thinking about monsters doesn't make them appear, but you're slightly paranoid for the rest of the day. A coworker offers you a free t-shirt for his window tinting business, but you're afraid it might be a trick, so you say no thanks. The guy shrugs and gives t-shirts to everyone else at the office. As you watch your coworkers standing by the water cooler, laughing and enjoying their free shirts without you, you realize your monster fantasy made something bad happen after all. 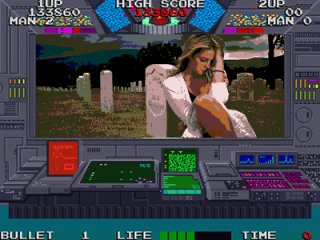 You're having problems with faulty technology, like your smartphone. No matter what you type or say, it fails to return the desired response from friends and unrequited loved ones. Also, facebook, which lets people spam your newsfeed with photos of themselves at parties or beaches or concerts, holding drinks and talking to friends and smiling. The photos seem voyeuristic at first, until you realize that as you're viewing them they're also viewing you, so whenever you go on facebook you have to fix your hair and put on a clean shirt and move all your anime wallscrolls and porn to the other side of the room. Or you're bummed out that certain technology doesn't exist. For instance, a suicide-grief simulator that plays videos of people you wish loved you wishing they'd loved you before their lack of love made you commit suicide. Or a smartphone app that makes your constant refreshing of your OKCupid inbox sound to strangers like you're playing a video game.

Your significant other is cheating on you, mainly because she or he doesn't understand she or he is your significant other. You've tried explaining her or his significance to you to her or him, but she or he doesn't believe you or changes the subject. The person she or he doesn't understand she or he is cheating on you with is the drummer in a band, Jamboree 1955. They play ironic punk covers and put out an EP on Blackout Records last year. Your ex-significant-other thinks you'll totally dig their record, so she or he invites you over to listen to it. She or he is drunk and says you can spend the night and maybe cuddle or at least lie proximal to her or him on the bed. You want to, but have paranoid visions of the drummer finding you with her or his lover and fucking you up with her or his giant drummer arms. So you make an excuse and leave. An up-tempo, out-of-tune cover of "Don't You Want Me" is the mental soundtrack to your drive home.