The New York Times recently published a story further detailing a British memo on the buildup to the war on Iraq, which in turn talked about President Bush's intention to go to war no matter what, including a lack of evidence to support his charges. In this memo, Bush and Tony Blair got together and rapped about the "inevitable" war, scheduled a tentative date, and brainstormed ideas on how to provoke Saddam Hussein into striking first, all presumably while eating nachos. Those nachos most likely had olives, onions, guacamole, sour cream, a unique in-house salsa, and several kinds of cheese.

The more I learn about the Bush White House, the more I realize that they are living in a crater on the moon, running the country by way of remote controls. They have absolutely no sense of anything anymore and don't seem to care how bad they look. The only knowledge they have about events on Earth comes from conservative radio transmissions picked up in the moon base's communication room. They might have the noblest intentions, but any objective look would show that those intentions differ from the principles and ideals this country was founded some time ago in a galaxy far, far away. And more importantly, what the general population wants, which is less war and more delicious nachos.

Unfortunately the general population is lazy and evil and secular, whereas the power base feeding the current administration tends to be zealous religious folks who want God to be President and Jesus to be Vice-President and believe the apocalypse is right around the corner. I am lazy and evil and secular and I also believe the apocalypse is right around the corner, mostly because of zealous religious folks influencing government, if not running it. I just want religion and politics to be as far apart as possible, because mixing the two inevitably results in insanity and trouble. On the plus side, I kind of hope they do succeed, because I honestly can't imagine having to pay back student loans in a post-apocalyptic environment where every day is a fight for survival.

At present, the Bush administration has more or less gone to war under false pretenses, botched it, outed a CIA agent, allowed horrible prisoner abuse to occur in Iraq, allowed a major U.S. city to get eaten alive by chaos, shot an old man in the face, spied on U.S. citizens illegally, gotten us into record debt, further eroded the environment, weakened civil liberties, increased fear and paranoia throughout the world, and flat out made it illegal for me to clone people. That's probably just the tip of the iceberg, too. I realize disliking Bush is cliché at this point, but he really does go well beyond the call of duty when it comes to being a spectacular failure of a man. I realize his Jethro Bodine 6th grade education charm enamors a lot of people, but it just makes me severely depressed whenever I see him on TV staggering through short, simple sentences. His mother, by all accounts, is also a complete witch of a woman. I didn't like Clinton much, but Bush is doing a remarkable job making him look like an amazing president. 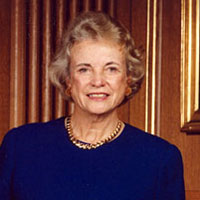 The two political parties that represent Americans are both in shambles. One is weak and frail and too stupid to do anything, and the other is horribly corrupt and backwards. The political climate here is so awesome that former Supreme Court Justice Sandra Day O'Connor said we were heading towards a dictatorship. If O'Connor's dark prophecy is fulfilled, hopefully our newly democratic friends in Iraq will invade on our behalf and return the favor. I assume they are in good shape to help us out that way, as by now Iraq should be a shimmering oasis of logic, reason, and human accomplishment. That is if those pre-war estimates we were given were right.

In South Dakota, abortion has pretty much been outlawed because God or somebody else not doing anything to help matters frowns upon it. This angers me to no end because now my simple dream of moving there and opening a small abortion clinic/corn palace/reptile garden/drug store is impossible and illegal. Mississippi isn't far behind, and a few more states will probably follow through with outlawing the act of abortion before all is said and done. As an avid opponent of children, I naturally find myself a bustling proponent of abortion. I think children are generally rotten creatures and should find some other way to come into this world if they are such important miracles. But do they? Nope, they still want to spend nine months kicking and screaming their way out of vaginas like the little monsters they are. 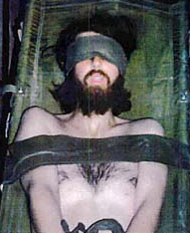 I'm pretty sure that most embryos and fetuses lack the brainpower to be even remotely self aware, so it's good that we are considering their rights ahead of fully developed, fully sentient people. This is excellent news for children, as they will not be spared any of the indignities that come from being unwanted or the product of unfit or unready parents. People that make mistakes and get pregnant definitely need to be taught a lesson, and the best way to do that is to make them raise an unwanted child. Especially if they were raped or were young and didn't know any better. Never mind all those starving children in North, South, and Central America, Africa, Europe, Asia, etc., there is always room for more children that nobody wants to take care of.

If all the aforementioned starving children of the world would just end up in a permanent vegetative state and go on feeding tubes or climb inside the womb of an unfit teenage girl, they would be loved and cherished by millions of people. This is of course as long as those people do not have to take any actual responsibility or action aside from standing outside of some building and yelping a lot. There is always time for that, because that's doing the Lord's work. Everyone else can take care of themselves.

Being Christian here is of course acceptable and pretty much encouraged, but it will apparently get you sentenced to death in Afghanistan, a country we liberated from savagery one weekend when we were bored and wanting some action. Numerous Afghan clerics want to kill a man for turning his back on Islam, a religion of peace, in favor of Christianity. I personally feel the best way to solve this matter is to force Afghani Christian Abdur Rahman to fight American Taliban John Walker Lindh to the death in a steel cage to decide which religion and which country is the best. I'm not sure what that will accomplish, but I think it will confuse enough people to be truly awesome and a high point in the arts and humanities. And really, is it anymore absurd than everything else that's been happening over the last few years?