This article is part of the Awful Talk series. 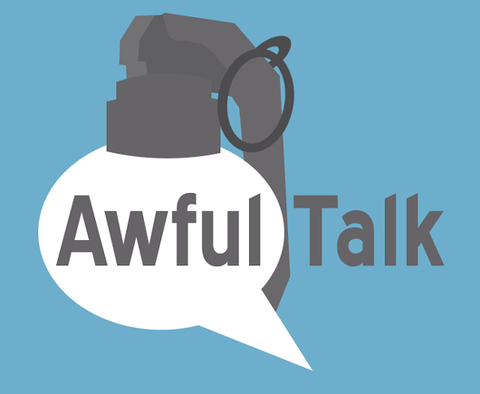 Rani Baker is one of the internet's foremost satanic cryptid noise music producing game dev comic anti-artist. She's been featured in places like Cracked, Bunny Ears, and the nightmares of Jerry Falwell, Jr. Milo Yiannapolis once sent her $200 for feet pics.Today, she sits down with us to talk about SA's influence on her work.

So, what's your relationship to Something Awful?

This article, on stupid ways to annoy Everquest players. Reading it now, it all feels so low-stakes compared to the kind of hilarity people gin up in Eve Online, but there was a while where Lowtax and the Goons were the forefront of digital assholery. They were the first to realize how much potential for stupidity the internet represented.

I remember all the irrational exuberance of that first big dot-com bubble, Something Awful were the only ones willing to point out how nude that emperor was, even if they had to strip him themselves. That kind of brash confidence seemed so powerful, I wanted that power for myself. Growing up in a religious compound in rural Texas, it took a lot of work to find any media or entertainment which really spoke to me as a person, and I had to hide much of that from my family, so to find a whole site filled with my kind of feral disrespect was a slice of a whole new kind of heaven.

I joined the forums shortly afterwards, and fell in love with the early text and screenshot style Let's Plays, back when image-heavy threads still required 56K warnings. Compared to video, it took a lot of effort from authors to make that kind of text based medium engaging. Instead of just straight transcriptions, people would summarise, spoof, even invent new plots whole cloth. They'd get the readers in on it too, soliciting suggestions for where to go next or what to name characters.

I remember in particular enjoying the now problematic Princess Tomato in the Salad Kingdom one, as well as the Clash at Demonhead one where a goon figured out the game takes place in Wyoming. I really enjoyed the level of detail folks put in examining background details and Easter Eggs even (especially) for nothing more than an obscure inside joke, shared by 8 people in a thread with maybe 30 regular readers. It feels odd to say this about reading other people playing videogames, but it felt like an intimate experience, something you could tailor for exactly the 12 people who cared.

The rest of the forums were a whole other flavor of crazy. SA remains a fascinating mix of experts sharing the intricacies of their fields breaking bread with dudes named Butt The Shitman Fart, whose primary contribution to every conversation is a slow-motion derail about how the subject at hand inflicts upon him pernicious bowel complaints. When two forum-famous loudmouths would throw down in a thread, it was like watching parliamentarians brawl over quorum votes.

But you never posted anything, yourself?

The forums were wild back then. People would get banned over nothing. I hear it's less brutal now that y'all are in your 40s (Ed: This was written prior to the recent failed forums coup) but I was honestly unwilling to gamble my $10 when I was having fun just reading along.

What got you into programming your own games?

I did it as a hobby since I was a teenager, but never really released anything outside of the occasional 90s era graphics mod. Basically it was a combination in late 2014/early 2015 of hype for Twine, the rise in popularity of gamedev social media like Gamejolt and Itch.io (as well as the thriving game jam culture there) and living with a gamedev. It's really impressive what you can accomplish when you're trying to impress the stranger who fills your couch with farts. Twine as a game engine is amazing for developing proof of concept releases quickly, so creating a release over a short game jam deadline was great for stimulating my creativity.

Well, creativity and panic. Programming games is like trying to get mortar to adhere to thin air, it's a chair without legs which only breaks after the player stands up. A game is a complete experience in the same way artists are complete people, they hold up to a cursory glance, but the minute you change the frame of reference you realize it's all bandages over a shambling mess. I was born for this shit. 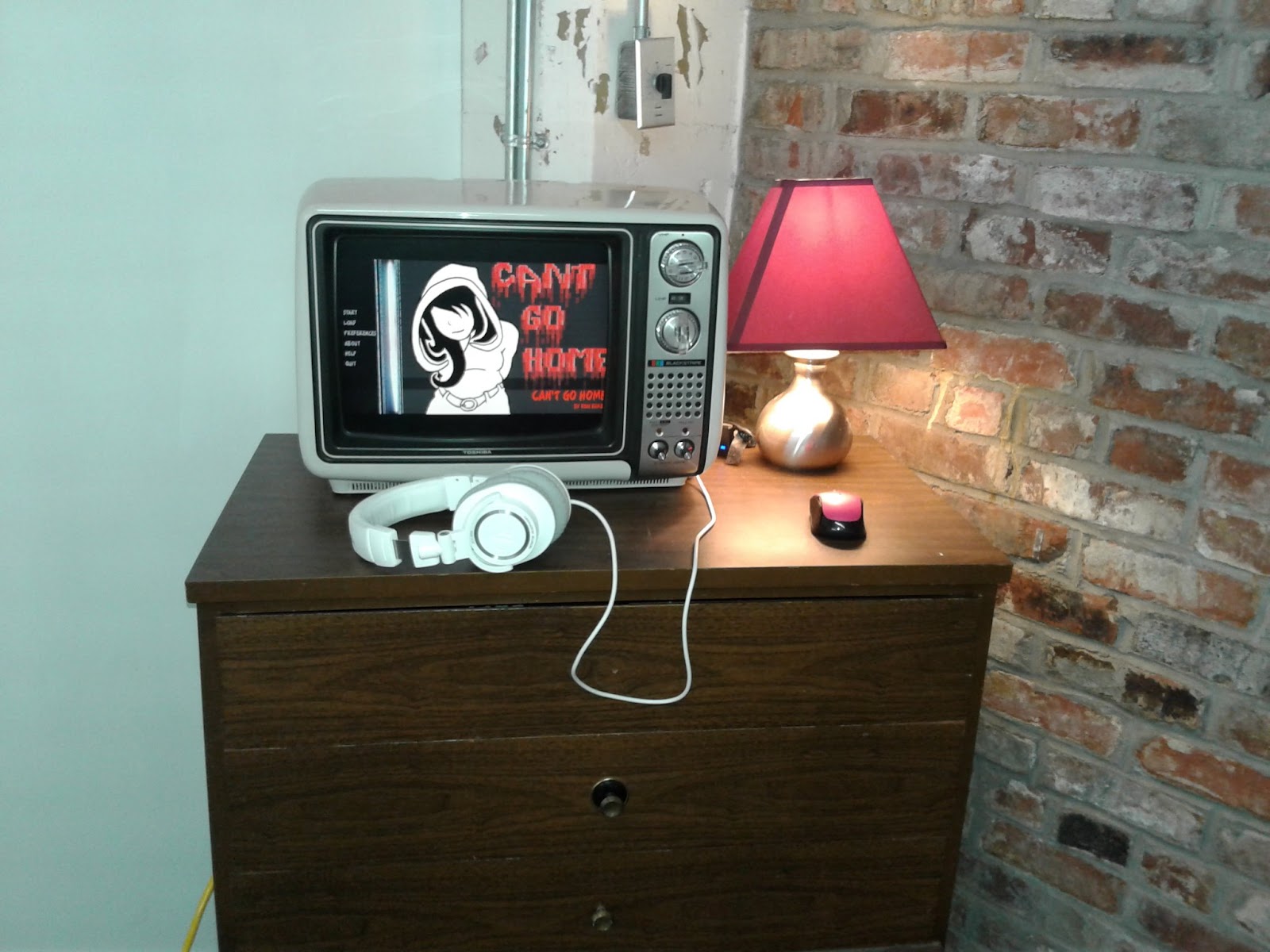 So, a lot of the music you make comes from instruments you've circuit bent and hacked to bits. You also displayed one of your games on an old school TV you customized, could you tell us a little about what inspired that?

Actually the television part was for an art show I was presenting it at. It was hosted by Tabitha Nicolai, who made a name for herself combining virtual/gaming environments with physical installations. Getting to work alongside such brilliant artists remains a personal high point. There were also projects by Seanna Musgrave, a collab between Porpentine and Rook, and other folks whose work borders gaming and art. 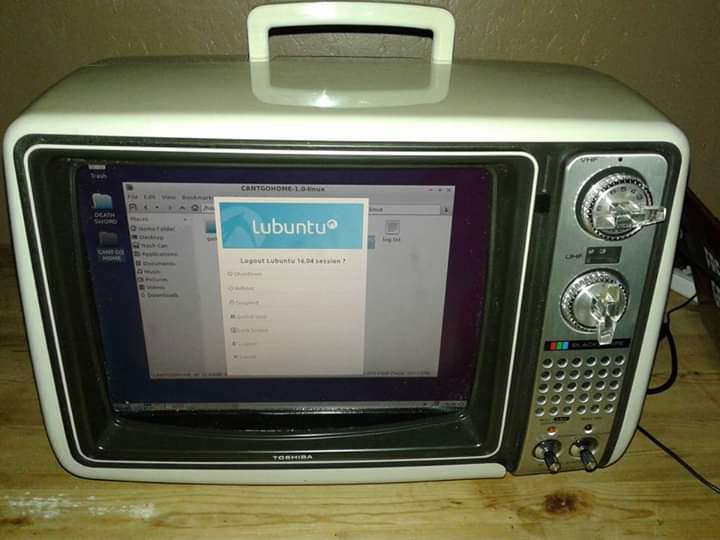 So we went for that idea, attempting to set up what would look like a mid-80s gaming rig. We found an old wood-grain dresser and a vintage hooded lamp and big chunky headphones. Originally I was planning on showing the game off using a Commodore 64 color monitor but that fell through. Then I found that gorgeous 1975 Zenith Blackstripe and knew that was what I needed. Took a week to hollow it out and stuff an 8 inch flat-screen monitor (which just barely fit) into it while preserving the mechanics that allowed the channel dials to turn and click. The results looked as close to the corner of an 80s bedroom as could be hoped, minus the dirty laundry and Sisters of Mercy posters. 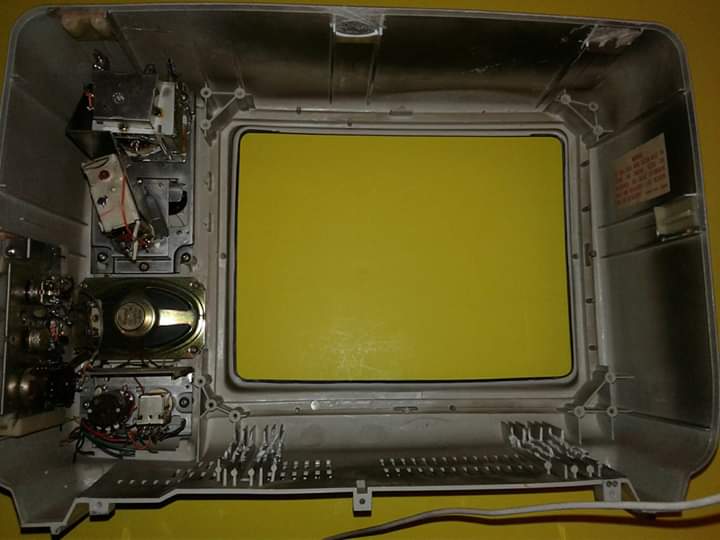 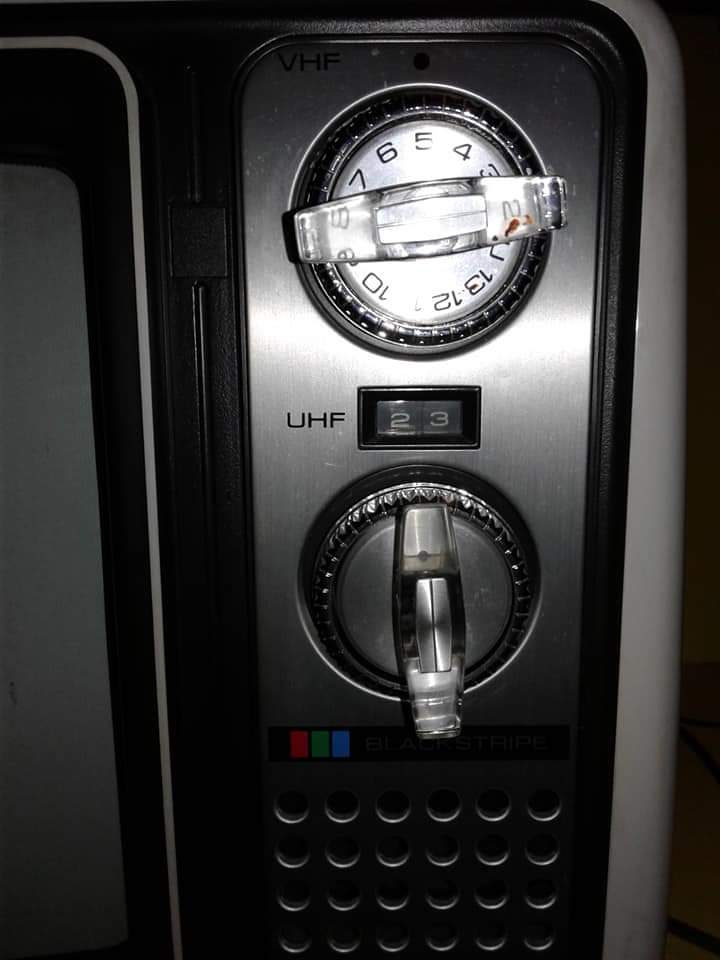 The knobs clicked? That's an incredible dedication to detail. How can you fit a sense of payoff into a game programmed in a weekend?

It's like writing a short story or a poem instead of a novel. Margaret Atwood's [you fit into me] isn't less good than Infinite Jest because it's shorter, it's vastly superior because it's not a bloated meandering mess. If a work feels complete, regardless of size, the audience will be satisfied.

You just gotta keep track of the narrative you are trying to communicate, keep the scope containable, and provide a satisfactory conclusion that still leaves a little mystery. Same way you handle an affair with a French pastry chef.

I chew through a ton of visual novels in my spare time, many of which are beatable in an afternoon and take notes on what works and doesn't. Like, for example, seducable French pastry chefs. Big fan, hoping it takes off as a motif.

Game design is no different than how I handle stuff like music. Can I make a two minute song that communicates the same amount of information as a five minute song? Sure, it just depends on how the information is relayed.

Sure. Different approach. You don't get to linger on much in short-form, but that's part of the beauty.

Like you listen to a band like The Locust, who have perfected the 30 second song, and you realize it's such a barrage of information that those 30 seconds seem massive somehow. It's all about locking the audience in and bombarding them with information that may not even completely make sense to them until after the narrative is complete and they get a breather to think about it.

The immediate experience might be short, but it continues on in your thoughts afterwards. In memory, themes and motifs emerge from data which just seemed like chaos as you experienced it.

So my gaming environments tend to be visually and sonically aggressive. I can bring them into a place of confusion and discomfort which is to me a second skin. Faked historical ghost photos, hints of secret societies, Lovecraftian monsters, throbbing music... for 23 Rooms in particular I imported a lot of recordings of early 20th century exorcisms and seances.

I even added mechanics where the game world shifts perspective on you, for instance walking from the car to the house which can either be immediate or require a long walk randomly. Just keep the audience mystified and questioning everything until they reach the end where it is all explained.

People are drawn to mystery, you just gotta make sure it pays off or they feel cheated.

My last question is, do you have any advice to the aspiring game designers who will read this?

Start small. Like Atari 2600 or early NES, small scope arcade style projects. Release a bunch of those with your name on them before you try to tackle your one big dream project, which could spiral out into unwieldiness if you aren't already in the habit of giving yourself a schedule. Participate in the game jam community. Network. (Shoutout to @PIGSquad!)

Interviews with some of the most fascinating people associated with this glorious hellfire of a site.