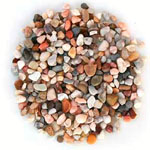 As a TRUE AMERICAN who believes in FREEDOM OF EXPRESSION, I once showed our jackass of a mayor what I thought about the passing of that mass transit levy by "expressing" myself all over the windshield of his Lexus with my trusty off-brand Louisville Slugger. So let's just say the government cronies of this small-town burg know to fear that spreader of liberty known only as Johnny EagleShirt.

So when this REAL PATRIOT caught wind of a town hall meeting about an additional fee for leaf pickup on garbage day, you can bet dollars to donuts I was there 20 minutes before those tax-hungry jackals could begin the proceedings. There I sat, waiting patiently with the only projectiles I knew I could sneak past the security guards who would surely recognize my titular shirt. Just as that bastard councilman Earl Jameson opened the floor up to questions, I made my move, showering the stage in decorative shrapnel. Sadly, these small stones did not wound my opponents, nor did they whip the nearly-dozen attendees into a riotous frenzy. Instead, they attracted the attention of some nearby security goons, who dragged me by the eagle shirt out into the lobby, where I regained my stamina thanks to the complimentary cookies and punch. Next time I will remember to write that thing on my hand that Booth said to Lincoln before he shot him. Now that's a line to go out on.

Sorry, gravel. This HOMELAND DEFENDER is taking a tip from his buddy Fred and upgrading to cinder blocks ASAP. 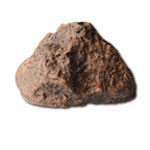 What this? Just ordinary rock. Not flying through air, not breaking teeth of hired goon, not symbol of common man power over authority.

Whew glad all that protest business over. No need to check. Peace has return to great country of Egypt.

Some people think it still a good idea for protesting. I hear many unmarked vans near Tahir Square will throw bag over they head (for safety) and take them to secure undisclosed shallow ditch for safety.

Just between you and me... Even though Mubarak may be "old as rock," he still get "hard as stone."