The Grown-up World of Richard Scarry

Friday, Oct 28, 2005 by Josh "Livestock" Boruff (@Livestock)
In the world of children's books, Richard Scarry is a renowned master of such reckless and insane ideas as worms driving apple cars and cats directing traffic and fighting fires. Whatever madness made him dream up such terrifying ideas is a mystery, but it has delighted children for decades. Because Richard Scarry is incredibly dead right now, he can no longer produce new books. To make up for Richard Scarry's lack of heart, the Something Awful Forum Goons have decided to pick up the slack and update his works for modern audiences, making them timely and realistic. You best start beholdin'!

A lovely lass by the name of Deety made this picture, henceforth getting this great game started. 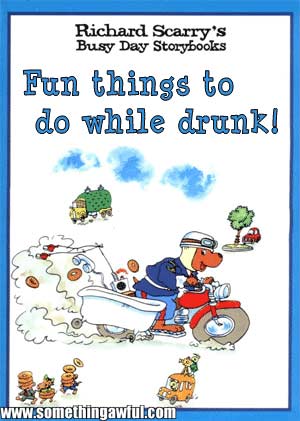 tasslex used a funnel and several wedges to make this image a reality. He truly is a man of science. 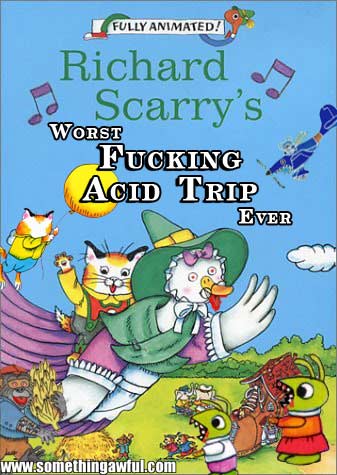 Potato Sheriff lost his badge for taking this image too personal. 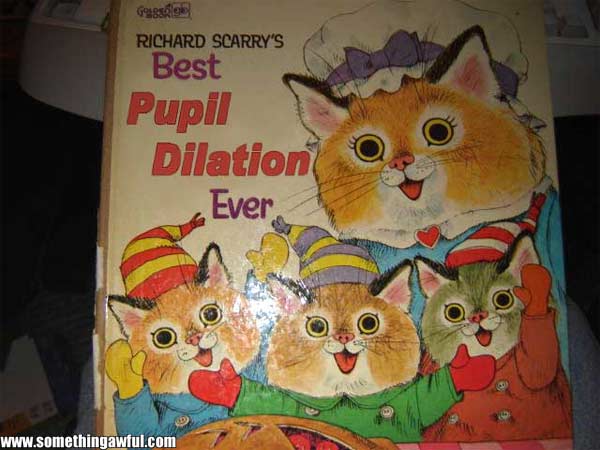 schmuckfeatures probably should take out that antiaircraft cannon if he wants to get past this stage of his life. 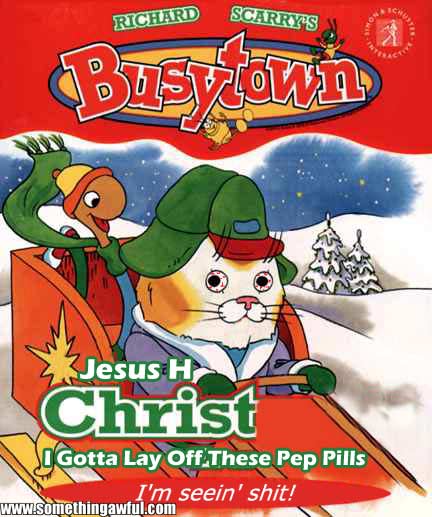