Scott Peterson Versus the Space Venusians

Scott Peterson yanked the tattered remnant of his right arm off and cast it aside with little thought. Whereas most men would procrastinate on such a morbid task, Scott Peterson, hero of mankind, knew that his sacrifice was for the greatest good of all. When his wrecked arm severed from his body, he felt a jolt of pain unlike anything ever felt before. A million nerves screamed and clawed in agony, begging for mercy and death. Peterson, never one to give in to mere pain, simply brushed it off with a look of purpose so sharp it could cut through a titanium mirror, even if there was a mighty sequoia tree in the way.

"No time to spare, friend!" he yelled to his trusty robot companion and talking dictionary, Lexitron.

"Aw shucks, little buddy! Sure I made short work of the Venusian murder squad, but I couldn't stop one of them from kidnapping Santa! There's only one place they could have gone, Lexitron! Into the giant spinning transdimensional temporal anomaly from whence they came!"

And with that Scott and his faithful friend ventured into the heart of the transdimensional temporal anomaly, instantly traveling a million light years into the future where Santa Claus was being imprisoned in the Venusian stronghold on Mars IV. 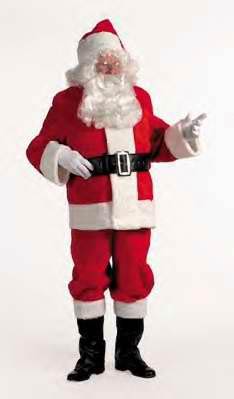 Mere moments before, secret galactic hero Scott Peterson and wise Lexitron were meeting with Santa Claus in an abandoned warehouse to discuss what to do about the especially naughty.

"If your calculations are correct," spoke Scott, "then these boys are beyond naughty. They could grow up to be cosmic villains!"

"Goodness gracious, yes! Scott Peterson, I don't normally have to do this, but these naughty lads are out of my league!"

"With my trusty atomic raygun and the invaluable aid of Lexitron, I'll make short work of these evildoers!"

"Bless you, Scott Peterson! Your Christmas spirit is as boundless as the universe you keep safe!"

But just as Scott prepared to part ways with Santa Claus and begin the unenviable process of eliminating evildoers, the very fabric of space exploded in four exciting dimensions! From the source of the transdimensional temporal anomaly stormed four fierce Venusian murder machines with mechanical pincer claws and lunar laser eyes!

Instantly Scott drew his atomic raygun and blasted two of the Venusian murder machines, overloading their electro-circuits with a billion volts of pure pain! That was all he could do before one of them locked his shooting arm in a prison of agony with the most terrifying death grip in the known universe!

"Ouch! My right arm! My shooting arm!" Scott shouted as he struggled to free himself from the murderous Venusian murder machine! The atomic raygun slipped out of his fingers as he spoke, as did all feeling in that arm save for the panoramic pangs of an unsolicited robot massage!

"Perseverance," chimed in Lexitron. "This noun means to never give up the fight!"

Scott then channeled all his energy into his left hand, which he used to construct a form that can only be described as "a fist," though that scarcely did this fleshy pounding apparatus justice. With this powerful "fist," Scott decapitated the murderous robot and freed himself. He did not stop to consider the harmful effects this would have on his devastated right arm. Though the claw released, it left Scott with nothing but shreds where his shooting arm once to proudly protruded.

"And not a moment to spare! He was about to use those lunar laser eyes on me!" Scott boasted before coming to a dire realization. "Hey, wait a minute! Where's Santa?"

In the frightful flurry of being pinched by a robot, Scott Peterson did not notice the fourth murder machine dragging a terrified Santa Claus into the roaring heart of the transdimensional temporal anomaly. As brave and strong a man as he is, he cannot do everything! But he was never one to leave work unfished.

Scott Peterson was the very best at keeping the galaxy safe. Long ago tasked with a sacred duty of protecting the cosmos, Scott has worked tirelessly to defeat evil. But this did not come without a price. The Masters of the Universe demanded Scott share his identity with no one except Santa Claus and Lexitron, the walking lexicon. If anyone ever found out his identity, the very fate of the universe would come into jeopardy. Scott longed to tell his beautiful wife his fantastic secret, but alas he could not share his monumental tales of triumph over unspeakable evil without risking the ire of the Architects of All! Scott hid his secret identity well, often disappearing into the center of the universe while friends and family thought he was merely out fishing.

Upon arrival on Mars IV of the amazing future, Scott Peterson took a moment to share an uplifting quip with Lexitron.

"I wish I had my arm still. As soon as I rescue Santa, I'm going to ask him for a new arm!" He said excitedly as he smiled and pointed to the bloody volcano erupting from his torso.

Lexitron, lacking all comprehension of emotion or humor save for the absolute definitions, merely nodded and recorded the quote for Scott Peterson's dictionary entry.

The heroes stormed into the Venusian prison complex, blasting enemy after enemy with atomic rays and deadly definitions! Thick metallic blast doors and radioactive force fields couldn't stop our heroes, nor could a dizzying connect-the-dots maze of laser beams impede the rate of their progress!

"At this fantastic rate I'll be back in time to buy a fish from the store and tell me beautiful wife I caught it! I sure hate lying to her but the alternative is so unknown and frightening!"

Scott was right about the pace. They quickly arrived to a prison room where Santa was strapped to a metal torture chamber, slowly being disemboweled alive by the merciless Venusian Master, Supreme Commander of the savage Venusian Empire.

Scott wasted no time intervening on behalf of the jolly fat man and giver of gifts great and small. "Stop right there, Venusian Master!"

"You're mad you didn't get any presents, you big bully. Well it's your own fault for being such a negative person all the time!"

"I'm mad at Santa because he put me on his naughty list. He tried to have me wiped out. I survived and decided to change the past! To change all time! To go back to when it all began!"

"I have it on high authority that it ends here," declared Scott as he stared down the garish Venusian Master. "I've still got one left arm and atomic raygun!"

"Unfortunately for you, you're right handed! I planned this well, Scott Peterson! You only have a 50/50 chance of hitting me with that arm! By all means, Scott Peterson, ask your little robot toy tell you the definition of certain defeat."

Lexitron did not follow that suggestion. Instead the kindly robot echoed, "Probability: the likelihood of any possible outcome coming true."

"Of course not, Scott! You'd be a fool to take that shot! If you miss there would be no stopping me!"

"Unless... Unless I took another shot after that! Yes, I'll do that!"

Scott rushed to help the horrendous pulsating lump of red that was Santa Claus. The jolly fat man had his innards torn out in frenzy. He was human wrapping paper, and the Venusian Master had been desperate to unwrap him and expose the sweet gift inside. As he sat up with the aid of Scott, his intestines spilt out all over the floor, dangling like stockings from a mantle place.

"Don't worry about me," said Santa. "The Vietcong did much worse to me!"

"I just wish I could have prevented this altogether, Mr. Santa!"

"You did good, Scott! I was right to hire you, as I see now firsthand! Now make sure that bastard is deader than Christ."

Scott approached the fallen Venusian Master and eyed him carefully. He appeared dead, and the smoke emanating from his cauterized laser wound gave off a morose, nauseating smell.

"Scott Peeettteeerrrrrsooonnnhhhhh," muttered the fallen foe in a dying voice. Scott was startled to find life still remained, but confident it was no threat. He leaned in closer to hear just what this monstrous soul's last words would be. 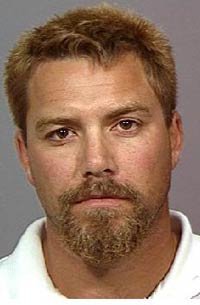 In frantic gulps and chopped up words, the Venusian Master unveiled his harrowing final act. "Peterson... Scottttt... My plan succeeded. It was you. It was always you. Your wife... Your..."

"My wife? What about my beautiful wife!? TALK DAMN YOU!!" demanded Scott as he violently shook the Venusian Master. But there was only silence waiting. He was shaking an empty box hoping to find out what horrible present was waiting inside.

"He's dead, Scott. Let him burn in the fires of Hell."

"But what about my wife?"

"Scott, there's something I must tell you."

"As Santa Claus, I serve the same master as you. Only unlike you, I see all time and space as a whole. Everything that can and will happen happens at once in my eyes. The Venusian Master was on my naughty list for killing your wife. That's why I hired you to kill him. I wanted you to have revenge for Christmas!"

"That's madness! That makes no sense! It's a paradox or something!"

"It is the way things are, Scott." Santa took a breath to scoop his intestines back in and secure them snugly with some wrapping paper and a ribbon he had in his pocket. "You must accept it. It's the thought that counts, after all."

"I've been good, Santa. I have a wish! Make her safe and alive! Please! For Christmas, make her alive!"

"It's too late, Scott. By the edicts of the Masters of the Universe, I have to follow the order of nature. You wished first for your arm back. I must give you your arm for being good, but your wife is to remain dead. It breaks my heart, especially since she was pregnant."

Scott turned white as the inverse of space.

"Oh, you didn't know," replied an embarrassed Santa. "Well, all the same. Marry Christmas and good luck with the trial! Unfortunately Lexitron is forbidden from taking the stand, otherwise he could set this whole thing straight in a jiffy."

And with that, Santa waved his hand and there was but an all-encompassing white. Scott let it swallow him like a giant wave. An instant later, it washed him ashore in his house. His arm was back, but his life was now empty. He made the ultimate sacrifice for the universe and lost everything. Deep down in his broken heart he knew it was all worth it and vowed to pick up the pieces.

"Perseverance," a robot once said to him. He would persevere to the end.