Stevie, I have received your preliminary report, and I understand you are embedded in a difficult situation. But before we formally review your intelligence from the field, I must brief you on a holiday that you'll witness humans celebrating even in the midst of considerable tumult - perhaps, somewhat pathetically, especially at such a time. The human version of the Santa Claus story contains various distortions and myth-makings, but the True Lesson, which we present to you now in Reading Task format, offers classified information regarding the surprising heroism of some animals, the untrustworthiness of rodents, and the relevance of the red suit and false beard we recently shipped to you by emergency courier and demanded that you wear. 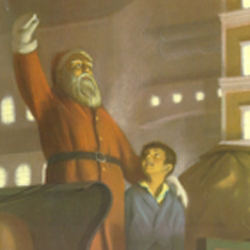 This is Santa Claus. He is the rare villain who operates without a superhero arch-nemesis, mostly because many humans regard him as benign (due to his reputed nonexistence) or benevolent (due to his well-documented history of shameless bribery). Santa Claus serves as the leader of an influential cult: He often recruits children such as this gullible lad to fill his ranks because they're more likely to "believe in him." 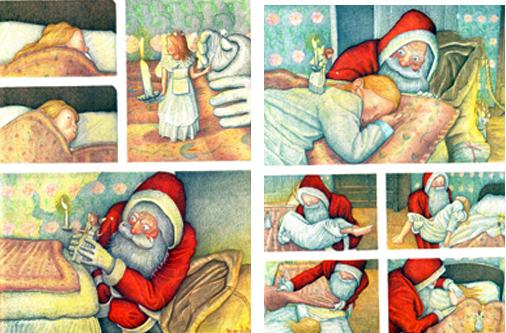 When Santa cannot persuade young people to pledge allegiance to his cause, he will occasionally abduct them, using the contracted services of a sleep-inducing fairy. After he has completed his nefarious scheme, he will return the child to its bed, without memories of its complicity. (The fairy lulled our agent into somnolence, resulting in several missing frames within this sequence.) 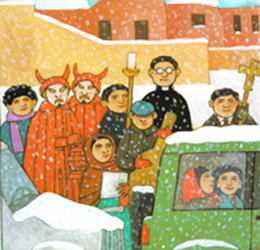 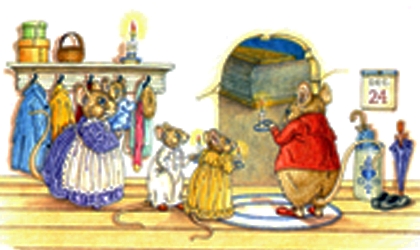 Santa Claus uses mice as spies, but he has been successful at spreading propaganda that reduces suspicion regarding their covert activities. For example, conventional knowledge holds that mice do not "stir" on Christmas Eve, but this surveillance photo (note the relevant calendar page) depicts a rodent family meeting to plan and discuss seditious acts. 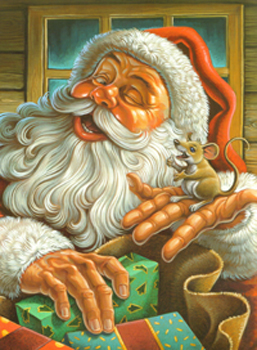 This mouse sneaks into people's houses and animals' barns, then reports back to Santa.