A Special Two-Part Event: "The Secret Agent Who Is Old and Does Stuff" Part 2

Previously on "The Secret Agent is Retired and Bored":

1. Our ex-secret agent hero confronts his old nemesis Dr. Petrubia and finds him not as threatening as he used to be: Click here to read it.

2. Dr. Petrubia, now best friends with our hero, reveals his plan to get both of them back in the limelight. This poorly thought-out plan, involving a broken computer and a videotape threatening the president with a giant robotic boot that does not exist, falls apart when the notorious Russian midget Dr. Zarkanonovako arrives with news that he has sent a giant robotic boot of his own to help out with the destruction: Click here to read it.

Chapter Five: In Which I Fight A Shoe 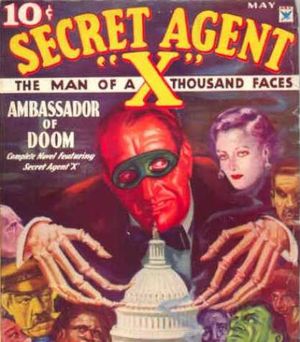 There is a certain clarity that comes when a giant flying robotic boot is about to hit earth and crush you. Time stalls. Colors become more distinct. You find yourself entranced by the undulating ridges on the vast metallic sole above your head. Then time regains its senses, and there you still are, about to be shoed.

I dove ungracefully to one side and the boot slammed into the ground behind me. The crowds running from the White House screamed. Gears along the robotic boot's side spun menacingly, and thin blue tongues of electricity leapt from one sinister nanoid to the next, powering the infernal footwear. It propelled itself into the air again, hurling its massive bulk towards the Oval Office.

When I tried to spring up and chase it as I used to be able to do, I realized that my hip had been thrown out and the best I could do was to pull myself up and limp after it. For a third time, I pressed the button on my secret umbrella-jet that my nephew supposedly fixed. The handle shuddered a few times, spat out a pathetic cloud of smoke and the whole top part of the umbrella became limp and sagged to the ground. My nephew was always a worthless little brat.

Once, as a younger secret agent, I had fought a cybernetic gorilla sent by a ring of high-tech mobsters to rob the federal reserve. I had defeated the automated ape by driving a rocket powered snow-mobile off a steep ramp and used the runners to knock the large glowing battery off its back, effectively deactivating it and disarming its arsenal of banana-shaped grenades. What I wouldn't do for a rocket powered snow-mobile right now. Or even just a gun.

Wincing with every step, I did my best to pursue the robotic boot that was less than a minute away from kicking down the president's door.

"So," said Dr. Zarkanonovako, the infamous mad Russian genius midget, "our robotic boot shoes now will be battering Washington into a pancake. I will see control room now. In here?" He pointed into the bedroom, and marched inside. Dr. Petrubia followed nervously, followed in turn by Zarkanonovako's publicist, who was regularly taking pictures with a small digital camera. 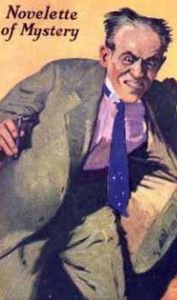 The Russian frowned at the baseball wallpaper and the Star Wars bedspread, then rotated his frown to face the hastily built fake control room covering one wall. He approached the broken computer that Dr. Petrubia had pretended was controlling his nonexistent robot boot in the video he had sent to the president. Dr. Zarkanonovako gestured and the publicist pulled a chair over so the short doctor could clamor up and tap experimentally at a few keys.

"This is forgery," he said, having evidently noticed that the computer wasn't working due to not being plugged in. He gave Dr. Petrubia the second coldest look the retired villain had ever received. (The first belonged to an evil billionare criminal named Mr. Coldeyes, who had replaced his eyes with fake eyes made from ice. Petrubia had never figured out the reason for this, as Mr. Coldeyes spent the rest of his life sitting around the house completely blind and complaining about how cold he was.) "What game is this?"

Dr. Petrubia opened his mouth and waited, but no words emerged. So he closed his mouth and sat down on the Star Wars bed. Zarkanonovako hopped down from the chair and gave an exasperated sigh. "You don't even have big giant boot, no?"

"No," said Petrubia, regretting his whole plan to be noticed and wishing sincerely to go back to being unnoticed.

Zarkanonvako looked furious. "Get picture with my face like this," he said to his publicist, who quickly obliged. "Good fierce face never should be wasted. As for this problem, it's no problem." He reached into his pocket and produced what looked very much like a TV remote.

"I had my boot turned down to five so to not overshadow your boot. But as it is become obvious I am single boot, I simply turn boot up to ten."

He turned his boot up to ten with the remote. Doing this did not produce a gesture as dramatic as he had hoped, so he announced grandly "I have just done the turning up" and swept out of the room with his publicist in tow.