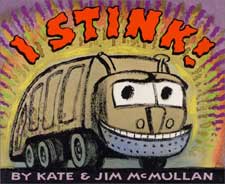 This is my new favorite image of all time.

Are you moving into your new room to start the college year? Well, I've got something for you! There's a new game I've just invented, and already it's sweeping across the nation's college student population like a bootleg concert DVD or a case of herpes. From dorm to frat house to hippie-infested co-op, from freshman to seventh year senior, there's nary a student to be found who can't play. It's the perfect ice breaker to use with your new roommate. It's called What's That Smell!

The best part of What's That Smell is that the rules are so simple, even a Duke student could figure them out!

1. Stick your head out into your hall.

3. Try to guess the source of the aroma.

4. The first person to guess correctly without vomiting up their Steak Ums wins!

It's that easy! What's That Smell is absolutely free, and you can play at any time with any number of people. Every hall in every residence of every college has a completely different smell, but trust me, they all smell. From a subtle funk to a full-on stank, it's an absolute guarantee that something, somewhere within fifty feet of where you live, stinks to high heaven. If you can't smell it, it's probably coming from you. 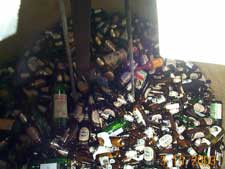 Your hall will look something like this by the end of your first week.

There's just nothing quite like the smells you get wafting under your door at college. Your average city apartment building doesn't come even close. Hell, the fucking Warsaw ghetto doesn't come even close. Nowhere else in the world do you get the same assortment of odors. Why is this? Well, for starters, nowhere else in the world do you get such a wide variety of spills. College students can find a way to spill anything, and there's an unspoken rule among residents of the same hall: if it spills in your room, it's your decision whether or not to clean it up; if it spills in the hall, no one is allowed to touch it. Everyone is expected to just avert their eyes and pretend they don't notice until such a time that either the school administration is forced to clean up the mess for fear of it mutating into a sentient, superior, and wholly evil lifeform, or an ice age strikes. Whichever comes first. College students can spill just about anything. This includes food products, of course, but also school supplies such as ink, toner, white-out, and paint. Add to the mix a hearty dosage of every type of alcohol ever produced. College students have two determiners when it comes to purchasing alcohol: (1) is it cheap, and (2) would anyone in their right mind ever drink it? The answers should be yes and no respectively. Anyone can spill beer, but only college students can spill beer at less than twenty cents a can. When it comes to hard liquor, the old favorites such as whiskey, gin, rum, and heroic amounts of vodka make it into the rotation, but college kids have a strange propensity for foreign liquors with unpronounceable names that are designed to taste like foods we would never eat under normal circumstances. Naturally these liquors usually smell like those same food products, only after being left in the sun for a month. Liquids aren't the only things found in your traditional college hall carpet, though. College students can spill much more than that. We can spill things that should be even physically possible to spill, such as furniture. Just give us enough time, and believe me, we'll find a way to grind it into the floor.

But that's just the spillables. Your average college odor is much more robust than just that. You also have to account for by-products of the human body, ranging from urine to vomit to whatever the hell comes out of your pancreas when it's properly ventilated. Then there's the little addition that every resident adds. The first couple days of college are usually deceptively hygienic. The administration goes to great lengths to make sure that the residences the parents see are in no way even remotely like the residences one week later. But seemingly overnight, the distinctive smells of cigarettes, marijuana, cheap incense, and approximately forty different varieties of overcooked ramen noodles begin to mingle into a sickly sweet musk that could choke a warthog. That brings us to the Laws of College Food, which universally govern over every student who has ever tried to keep food of their own.

The Laws of College Food

1. Milk shall never last more than three days after date of purchase, no matter how well it is kept. There shall be no transitory stages between fresh milk and huge nasty curds.

2. Leftovers from any meal eaten off campus shall be forgotten about until they are inedible.

3. No freezer shall function properly for more than a week at a time.

4. Any attempt to microwave popcorn shall require no fewer than three bags, as two must first be sacrificed to Radiopherous, God of Burning Things In the Microwave Regardless of How Little Time You Put Them In There For.

5. The more food that has been deposited into any given trash receptacle, the longer that trash receptacle will go without being emptied. If a trash can is filled with empty containers and paper products, it will be emptied immediately upon becoming full. If it is filled with rotten fruit, half-eaten pizza slices, and wasted Chinese food, no one will empty it until the surrounding trash mound begins attending classes of its own.

6. Any open food or beverage container, if placed on the ground, will be knocked over, no matter how out of the way you put it. The laws of probability and physics will rearrange to ensure that maximum spillage is achieved.

I'm bringing all of this up because currently there is a stench coming in from my hall that no amount of Febreeze can seem to tame. I cannot for the life of me determine the origin, but it's horrible beyond anything I know how to properly reckon with. It's like someone threw a rotten egg into a bottle of spoiled milk and skunky beer, farted into it, put the cap on, shook it up, and threw it at the floor. The source of this rank nasal offender has been quite elusive thus far. Even when I go to where it's strongest, there is nothing nearby that could even produce any smell, let alone a stink of this impressive caliber. I can't seem to escape it. All I know is that it wasn't there two days ago when there was nobody on this hall but me, but now that there are other people living here, it's like a chemical warfare testing area. It's preventing me from experiencing anything even remotely resembling rational thought. Obviously, it's also preventing me from generating anything that one could call humor. So if you're wondering why today's article isn't funny and why I thought it would be a good idea to write about things that smell, blame my neighbors. That's what they get for smelling up the place.