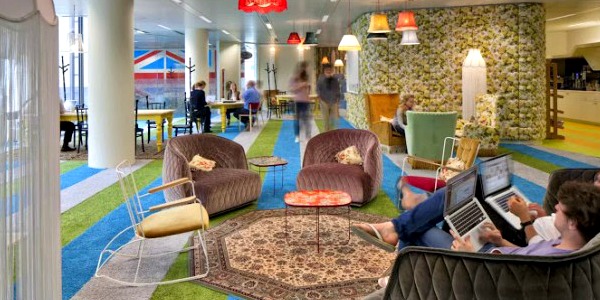 First of all, I have to say how grateful I am to be part of this organization. I never thought hanging out with a bunch of guys who took American Psycho at face value would pay off, but here I am five years later, with a great job at an up-and-coming startup and 90 whole square feet of San Francisco to call my own. Back home, I'd start my day with some Froot Loops and some instant coffee--these days, you better not talk to me until I've had my ten-dollar slice of artisanal toast. Sure, I had to sell my car in order to live here, but walking to work while dodging countless piles of feces and discarded mattresses really helps wake my brain up during those early morning hours. Plus, I'm sure all of that human misery will clear up once more go-getters like us move into the neighborhood.

Phil, I dare say you've come even further than I have! After all, your parents floated here on a raft made of surplus toilet seats to chase the American dream, and it looks like you achieved it. Your parents may have worked themselves into an early grave, but I'm sure they're looking down from heaven with pride. After all, their son created SpotLess, the first app to let users know the likelihood of whether or not the silverware at certain restaurants will have water spots. Thanks to your ingenuity, people will no longer have to waste seconds of an otherwise enjoyable meal breathing on their forks, and then wiping them off with a napkin or something. 25 years down the line, I'm sure you'll be viewed as our generation's Steve Jobs, minus all of the stealing and cancer.

But for as much as I enjoy it here, the SpotLess offices could stand to be more productive. I mean, I like to "touch base" as much as the next open office worker, but starting every day with a three-hour all-hands meeting followed by lunch at the parking lot food trucks seems like a waste of resources. Sure, communication is important, be we spent most of last week's meetings talking about Stranger Things and playing "fuck, marry, kill." And one of these meetings ran so long that the guy I was supposed to meet about the Android port got bored and ended up finding our trampoline room. Which brings me to my next point: We have a trampoline room now? I thought we talked about that space being a quiet spot to meditate, maybe with soft lighting and a few potted plants--but there's clearly no room for them now, what with all of the trampolines and popcorn machines and everything.

And for as much as I hate to be one of those guys who tells the teacher she forgot to assign homework, I really feel like we should be spending more of our workday actually working. Again, I get it. Having these extracurricular activities is fantastic for building morale. But after three straight days of being hung over, I'm starting to get the feeling we might not need three separate brown liquor tasting groups--even if you and Dan have your differences about peatiness, Phil. And yeah, "movie nights" are a fine way to cap off the week--maybe with some pizza to go along with it. But devoting a whole day to the entire Pirates of the Caribbean series? I mean, the first one was cool and everything, but we're months behind on payroll. I guess it was a treat to meet director Gore Verbinski and everything, but I don't think his speaking fee will be as easy to write off on our taxes as you say it is.

With all due respect, I've made plenty of sacrifices to help turn SpotLess into the life-changing app it deserves to be. Even without sick days, vacation days, or health insurance, I'm committed to this company. But when I see another truck pull up with another treadmill desk, I think of the molar in my mouth I can only assume is infected, and hope for another day the poison won't reach my brain. I realize we're only on Phase One of the grand SpotLess plan, but with the several hundred steps I'm proposing, we can be onto Phase Two in less than seven years. I'll just leave my notes in the conference room, since you guys clearly won't be finished testing out those new hammock desks before the sushi chef gets here.