(Radio host and relationship guru Tom Leykis is accompanied by his bodyguard, Vince, and Rashia Bajwa, a nurse making her daily visit as part of the Red Crescent mission to assist female victims of rape and domestic violence.) 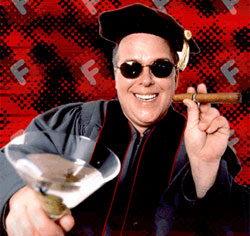 Class is in session! Alright, could I get some water before we come back from the break?

Good. Hey, tell me, what is going on with the crowd here tonight? Are the California Raisins up next? Like that one, she looks like someone tried to microwave a Slim Jim.

Many of women here have faces burned by acid after they endure shame of rape.

Yeesh, they should have brought enough acid for the rest of her. Look at that, Vince.

Not even anything above a Seattle three in the whole bunch. What's that one got, a wooden nose?

Her nose was bitten off by a wild dog while she was being held down.

Yech! Alright, we're back and the Professor is in! I was just explaining the rules of Leykis 101 to this ragged assortment of bitches with me here in Karachi.

Let me ask you women a question. When you're out on a date with a guy, and you're expecting him to spend his hard earned money buying you a meal, do you turn your cell phones off? Quick show of hands here, how many of you will answer your cell phone when it rings at the table?

Wow, none of you? You ladies are very enlightened. I congratulate you. In Los Angeles most bitches will answer their phone and chat away and as a guy you can't allow that to happen. If a bitch answers the phone while you are paying for her meal then just get up and walk away. 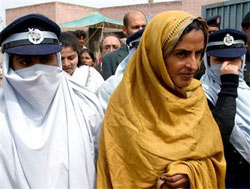 The ghosts bring in another rape victim. Alright, this is a different vibe than what I'm used to, but I can't say I dislike it. Let's go ahead and take some questions. Just raise your hand and Vince will find you with a microphone.

They must have your permission to speak, Mr. Leykis.

They can speak. Just raise their hands and I'll call on them.

Much better. Yes, you.

She wants to know if Mr. Vince will strike her with the microphone.

Ha ha, I can't speak for Vince, but I don't think so. Vince?

Nope. I won't hit them with the microphone.

She said this is very good because her husband fractured her eye socket and detached her retina whipping her with an extension cord. She is very afraid of cords.

Yikes, ouch! What did you do to deserve that sort of beating?

She says that she burned her hand on a kettle and brought shame and dishonor to her husband's house by swearing before the eyes of Allah.

Every household has to have rules. I know if a bitch comes over to my house the rule is "no shirt, come on in". If I can't see those fun bags then forget it. I don't think I'd go so far as to beat them with an electrical cable, maybe just a boot up their ass on the way out the door. I don't believe in craziness or games from bitches.

Who else has a question? Yes, the old lady in the back. 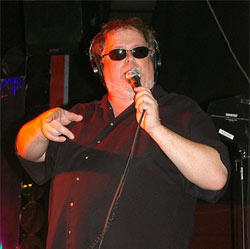 If you haven't put out by the third date then prepare to get dumped. She says she thanks to you for speaking, Mr. Leykis. Her name is Ayashi and she is on her 36th year of a 99 year sentence she received after being gang raped in her village as a reprisal for her husband's theft of a mule. She asks what a woman can do to please their husbands so that they will not turn to crime?

I think gang rape is a pretty big myth. Bitches will get it in their heads that they want to be treated badly, want to feel like dirt and be with a whole lot of different guys, but then afterwards they'll regret it. They'll lash out at the men they used to fulfill their fantasy.

In California we have this law that if at any time during sex a bitch says "no" then it is considered rape. Can you believe that? A guy can be in the process of having an orgasm and a bitch can say the word "no" and if the guy doesn't immediately stop and leave her alone then it's a rape. To answer your question, I think if a husband isn't getting the satisfaction he needs then he needs to dump that bitch.

She thanks you for your wisdom.

I'm happy to educate. Next question…you, with the messed up mouth.

This is Niasa and she thanks you 1000 times for speaking to the unclean.

My pleasure. What is her question?

Niasa says she has a child from previous rape and yet she found a man who would marry her in her village. When villagers learned she had a child with a man who was not her husband that boiled her child in oil and beat her with pillowcases full of padlocks. Her husband had to let her be raped by the mayor and-

Stop right there. I hate to break it to Niasa but her first mistake was having that kid. You bitches think those babies will be like little dolls to play with, but when you've got them crapping and screaming in your house the reality hits you. So she suckered some poor guy into paying the vaginamony and taking care of her brat; that just means her husband was a stupid Poindexter. Never date a bitch that has a kid.

For the rest of you bitches, you can learn from Niasa's mistake. If you get knocked up and aren't ready to live by yourself forever then get an abortion. Wait, why are they upset?

Mr. Leykis, abortion is not permitted under Sharia. To get an abortion is to be condemned to death by oven baking.

They should have thought of that before they had promiscuous sex. Gut check time: would you rather have to spend thirty seconds putting a rubber on your man or a lifetime raising a child you did not want?

Mr. Leykis, condoms are also forbidden under Sharia. A woman placing a condom on a man is third worst crime behind murder and singing.

Speeding is against the law in America and I do it all the time, especially when it's important. What could be more important than not ruining your life with an unwanted kid?

Alright, shut up…shut them up. 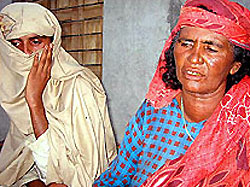 Bitches. They're very upset about-

If I cared what puts bitches in a tizzy I wouldn't be where I am. Vince!

Since you obviously don't know how to show the least bit of respect I am going to cut this short. One last question. You, in the back, the midget…

She says her name is Mahata and she is seven years old. Her grandfather raped her last year and so she is no longer a virgin. She has to spend 10 years in this prison for corrupting her grandfather and bringing dishonor to her family and she wants to know when she gets out how she can find a man when she has no virginity.

First off, Mahata you said? Mahata, I tell guys to never date a virgin, they get too attached to the man that breaks them in, so you are right in the groove there. Second, you seem to like older men, so you just stay in good shape and hopefully you'll fill out a little bit and then no older guy will resist you. They'll pay big time vagimony without hesitation if you satisfy them.

Mahata also asks if you can take her out with a bong hit.

Sorry, Mahata, we didn't bring our sound board with us, but I'm glad to know I've got at least one fan of the show here.

That'll do it for tonight. Please, if you have any further questions you can email me at tom at blowmeuptom.com. We'll be back Monday with the guys from Girls Gone Wild, coming to you live from the back yard of a recidivist sex offender and this weekend I'll be hosting the Tasting Room. We'll be sampling a fine assortment of California box wine with a group attending mandatory counseling for drunk driving arrests.