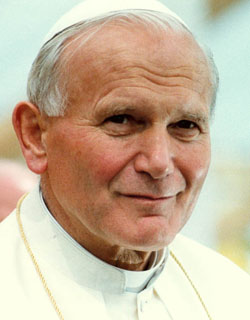 So like, it's ten minutes later, Tooth Tooth is in the pope's office and shit, he's got his feet up. This is the old pope, too, this ain't that new bullshit Nazi pope, this is the real shit back from a few years ago, you heard? They build for a while, talk about their past and what shit they've got going on now. And right away Tooth Tooth and the pope are like old friends, because they both came up hard. Pope came up in Poland, dealing with some serious shit, and we both know where Tooth came up. The eagle's relaxing, Tooth Tooth is relaxing, and the pope is just happy to be talking to a real-life hustler like he probably ain't seen in years.

Our boy decides he wants to relax a little more, so he's like, "yo, eagle," and the eagle coughs up a plastic bag like he trained him to do, and Tooth takes out a couple oowops from the bag, lights one up and offers the other to the pope. The pope is like, "nah man, you go ahead," and Tooth is like "what's the problem, P? You ain't allowed to smoke nothing that's been in an eagle?"

So the pope starts giving him this bullshit about how it's drugs and that ain't allowed for popes, but Tooth Tooth is like, "yo, we both know that ain't no part of a blunt that don't come from nature, son."

Yeah kid, and the pope knows it, too. He's like, "whatever homes, I'm old as shit," and he takes the oowop and lights that shit up, and you can see in the eagle's eyes that the eagle is like, "word." Now that the pope is getting blunted, Tooth figures he can steer it more philosophical, so he's like, "yo, P, you the dude who ultimately decides what's a sin, right?" And the pope is like, "well, God decides and I tell everyone." And you know Tooth Tooth ain't about to hear no bullshit about no Mystery God, but he doesn't want to disrespect the pope.

"So like, maybe you could ask him about snitching, right? 'Cause I'm pretty sure that shit is a sin. I don't see why God got any use for a tattle, he knows everything supposedly, right? So I don't see as God could be fond of no snitch." And the pope is like "yo, that's a pretty good point."

And the pope is like, "hold up, kid, I ain't God, I'm just a man chosen by God to do his will," and Tooth Tooth just gotta laugh. He's like "shit, when I call you god I don't mean no Mystery God in the sky, no offense, but that shit ain't real. When I call you 'god' I mean you the original black man, like me, you feel me?"

Damn, kid, he say that to the pope?

Word is bond. His reasoning is like this, yo: his eagle likes the pope, right? And that eagle got a good sense of smell, it knows if someone been eating swine, and it goddamn well knows if someone is a devil. And if the pope ain't eating swine, if he ain't a devil, then ain't logic telling us he's an original Asiatic black man? Tooth Tooth told me, "I don't give a shit how his skin looks, the pope is as black as you or I."

Anyway, this shit is blowing the pope's mind, and he's like, "Mystery God? Original black man? You on some bullshit, Tooth Tooth." That don't bother Tooth none, though, he knows what's up.

"Shit, P, you got an hour? 'Cause I can blow the fuckin' doors off this whole shit you got here." 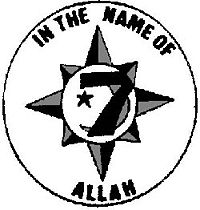 And the pope's like, "try me." So our boy Tooth Tooth explains about the original Asiatic black man, he explains how Yacub created the white devil with his corrupt science six thousand years ago. He explains Supreme Mathematics and the Supreme Alphabet. He tells the pope his name mean Peace Cipher Power Equality. The pope is like a humble student before Tooth.

And at the end, the pope is like, "shit, son that makes a lot of sense. That explains a lot of shit. Man, you gotta give me some time to think on this, but you said some shit here that the people gotta know about."

Tooth be like, "peace, god," and he takes his eagle out of there, knowing he laid down some righteous science on the pope and maybe he changed the world. He flies back home with his eagle, and what's the first shit he hears when he gets off the plane? Yeah, son. The pope is mysteriously ill. The pope has died. They got a new pope now, some Nazi motherfucker.

And I ask you, son, is that a coincidence?